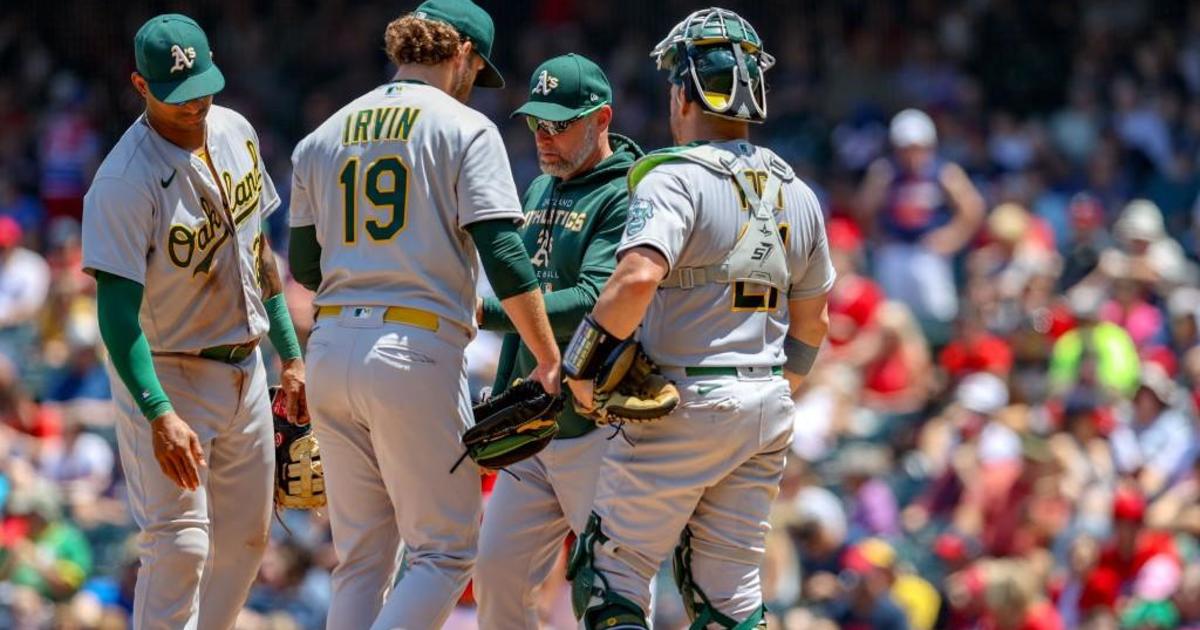 CLEVELAND — José Ramírez had three RBIs, including a two-run double in the first inning, to continue his torrid production and the Cleveland Guardians defeated the Oakland Athletics 6-3 on Sunday.

Ramírez, who leads the majors with 59 RBIs, pulled a double down the left-field line that put Cleveland ahead after Oakland scored a run in the top of the inning. The three-time All-Star added an RBI groundout in the seventh and has driven in 25 runs over the last 21 games.

Cal Quantrill (4-3) allowed one run in six innings, a solo home run by Ramón Laureano in the first. Laureano inspired his teammates with a fiery dugout rant that led to Oakland’s five-run seventh inning Saturday, when the A’s snapped a 10-game losing streak with a 10-5 win.

Ramírez’s value has become acknowledged in his own clubhouse and around the big leagues.

“He’s the most important player in baseball,” Quantrill said. “There are a lot of great players. He makes the biggest difference on any given team right now.”

Mark Kotsay got a close look at Ramírez as Oakland’s third base coach last season. Asked what jumps out to him, the Athletics’ first-year manager chuckled and said, “The relaxed confidence that he plays with.”

“He’s one of the most aggressive baserunners for being in the elite status of players. A lot of times you see those type of guys don’t necessarily run the bases with the intensity that he does. He’s a really, really good player,” Kotsay said.

Emmanuel Clase pitched the ninth for his 11th save and Cleveland has won 10 of 13.

Josh Naylor added an RBI single in the sixth for the Guardians. Cleveland’s first baseman, who suffered multiple fractures and ligament damage to his right leg in an outfield collision last season, gave fans a major scare in the top of the inning.

Naylor tumbled to the ground after colliding with Quantrill while catching a foul popup hit by Sean Murphy. Naylor made the grab but ran into Quantrill and was down for a couple of moments. He was helped to his feet by catcher Austin Hedges and a team trainer and received a loud ovation as he went back to the dugout. He played the rest of the game.

Naylor, who had surgery in July, went through a lengthy rehab in the offseason and has been a key contributor through the first 57 games. His RBI single came after Oakland intentionally walked Owen Miller.

Christian Bethancourt and Seth Brown his back-to-back homers in the eighth for Oakland, which hasn’t won consecutive games since May 24-25 against Seattle. Cole Irvin (3-2) allowed five runs — four earned — in 5 2/3 innings.

Ramirez took third on a groundout and scored on Miller’s single past a drawn-in Andrus.

The game began at 11:37 a.m. as part of Major League Baseball’s Sunday package with NBC’s Peacock streaming service. The early start didn’t sit well with Quantrill, who was vomiting in the bullpen during his warmup routine. The right-hander said not pitching was never a consideration.

Cleveland took three of four in the tightly played series. The Guardians scored four runs in the eighth inning Thursday for an 8-4 win. Oakland starter Paul Blackburn was pulled after eight shutout innings Friday and Cleveland rallied off the bullpen for a 3-2 win. The Athletics followed with their comeback victory Saturday.

“We’re a team that will continue to fight,” Kotsay said. “We’ve been in most games this year. We’ve had a few bad losses but for the most we’ve given ourselves a chance to win every night.”

Athletics: 2B Jed Lowrie (wrist, shoulder soreness) hit in the batting cage Saturday but was out for the third straight game.

Athletics: LHP Jared Koenig (0-1, 9.00 ERA) allowed four earned runs in four innings against Atlanta in his major league debut on June 8. The rookie is scheduled to start against Boston on Tuesday night.

Guardians: RHP Shane Bieber (3-3, 2.91 ERA) is scheduled to start the opener of a three-game series in Colorado on Tuesday night. Bieber was within two outs of a win against Texas in his last start when the game was delayed by rain for two hours in the fifth inning.