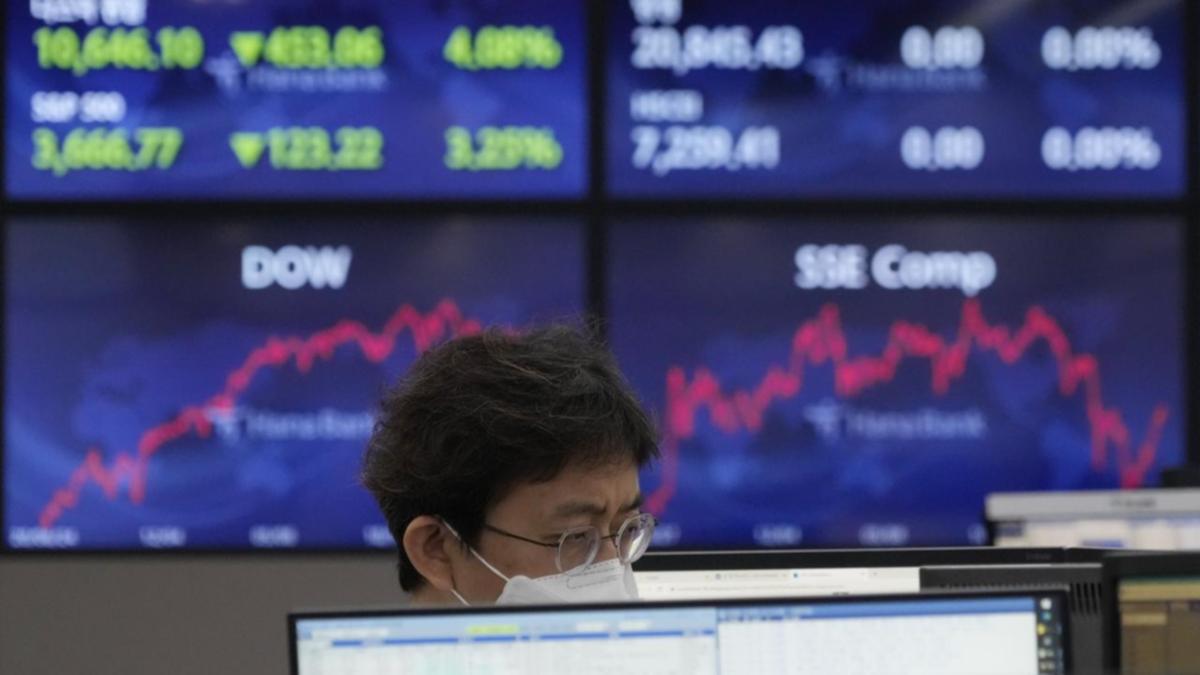 Asian shares have wobbled and commodity prices fallen as mounting worries about the risks of a global recession amid aggressive rate hikes by the US Federal Reserve kept broad investor sentiment fragile.

Stocks in South Korea were off, while Japan’s Nikkei was largely unchanged.

Overnight, the US dollar fell alongside US Treasury yields after Fed Chairman Jerome Powell, in testimony to the US Senate Banking Committee, acknowledged a recession was “certainly a possibility”, but that the Fed is not trying to engineer one.

“What is clear is the market views a recession as increasingly likely, a view heard from Powell, who detailed that a recession was a possibility but not their intention,” Chris Weston, head of research at brokerage Pepperstone in Melbourne, said.

“Equities have held in well despite the falls in commodities, altogether there has been rotation into low-risk areas of the market and defensive sectors, with predictable outflows from energy and materials stock.”

US stocks reversed earlier gains and ended the session slightly down.

Investors are continuing to assess the risks of central banks pushing the world economy into recession as they attempt to curb inflation with interest rate increases.

Concerns about the demand outlook have sapped commodity prices, with oil on Thursday falling to the lowest level in more than a month.

The yield on benchmark 10-year Treasury notes was down slightly in early trade to 3.1430 per cent, the lowest in almost two weeks, compared with its US close of 3.156 per cent the previous day.

The two-year yield, which rises with traders’ expectations of higher Fed fund rates, touched 3.0391 per cent compared with a US close of 3.056 per cent.

In the foreign exchange markets, the US dollar eased 0.1 per cent against a basket of major currencies, following a 0.2 per cent fall the previous session.

However, the index was up more than eight per cent this year, reflecting the broad risk-off sentiment and the US dollar’s Fed-driven yield advantage.

Those factors were underscored by the South Korean won, which fell below a psychological threshold of 1,300 per dollar for the first time in 13 years, amid global economic recession worries.

Gold was slightly lower, with spot prices traded at $US1835.19 per ounce.

Herschel Walker Says There Are 52 States