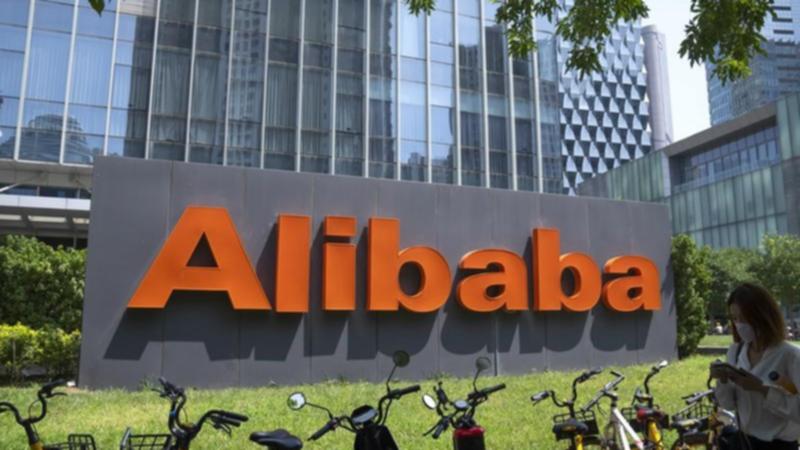 Asian shares are tracking Wall Street lower, while the US dollar has retained its overnight gains after rate-hike guidance from the European Central Bank and upcoming US inflation data unnerved investors.

MSCI’s broadest index of Asia-Pacific shares outside Japan fell 1.2 per cent in early Asian trade, weighed down by drops of 1.5 per cent in Hong Kong, 0.8 per cent in resources-heavy Australia and 1.6 per cent in South Korea.

Tech giants listed in Hong Kong were hit hard, with their sub-index opening 2.9 per cent lower.

Hong Kong shares of Alibaba fell 3.3 per cent after affiliate Ant Group said it had no plans to initiate an initial public offering. This was a response to media reports Beijing had approved relaunching the IPO.

Alibaba shares in the US slid 8.1 per cent overnight.

Market sentiment in China has been soured by renewed restrictions in Beijing and Shanghai as new COVID-19 cases have emerged.

Multiple districts in Beijing are shutting down entertainment venues, while most citizens in Shanghai are facing new rounds of mass testing aimed at preventing a new outbreak.

On Thursday, the European Central Bank ended a long-running stimulus scheme and said it will next month deliver its first interest rate rise since 2011, followed by a potentially larger move in September.

While the ECB decision was widely expected, the possibility of a larger rise in September weighed on sentiment.

The euro zone economy is grappling with slowing growth and soaring inflation exacerbated by the months-long Ukraine war.

“Global equities came under pressure after the ECB delivered its guidance, and (ECB President Christine) Lagarde noted upside inflation risks,” analysts at ANZ said in a note on Friday.

“And with energy prices still pushing higher, it is not yet clear that inflation has peaked. Fed guidance and policy actions may have to turn more hawkish for longer. Financial markets are nervous.”

For months, markets have focused on how fast central banks have been moving to curb inflation.

The consensus forecast sees a year-over-year inflation rate for May of 8.3 per cent, unchanged from April.

Shares on Wall Street tumbled as the market awaited the price data.

The S&P 500 and Nasdaq fell more than two per cent in their biggest daily percentage declines since mid-May, with mega-cap growth stocks leading the way.

Apple and Amazon fell 3.6 per cent and 4.2 per cent respectively.

While some investors have been hopeful inflation may have peaked, a recent run higher in oil prices to a 13-week high has dented optimism, boosting the appeal of the safe-haven dollar.

In currency markets, the US dollar retained its broad strength against a basket of major currencies, hovering around its highest level in three weeks. The euro wallowed at a two-and-a-half-week low while the yen gained 0.16 per cent against the greenback, pulling away from a 20-year low.

On Friday, moves in US Treasuries were largely muted. The yield on benchmark 10-year Treasury notes rose slightly to 3.0566 per cent, compared with its US close of 3.042 per cent on Thursday.

The two-year yield, which rises with traders’ expectations of higher Fed fund rates, touched 2.8319 per cent, compared with a US close of 2.817 per cent.

Gold edged down on Friday and headed for a weekly fall, as Treasury yields rose. Spot gold was traded at US$1,846.4949 per ounce.

Covid ‘may have leaked out of Wuhan lab’, top…