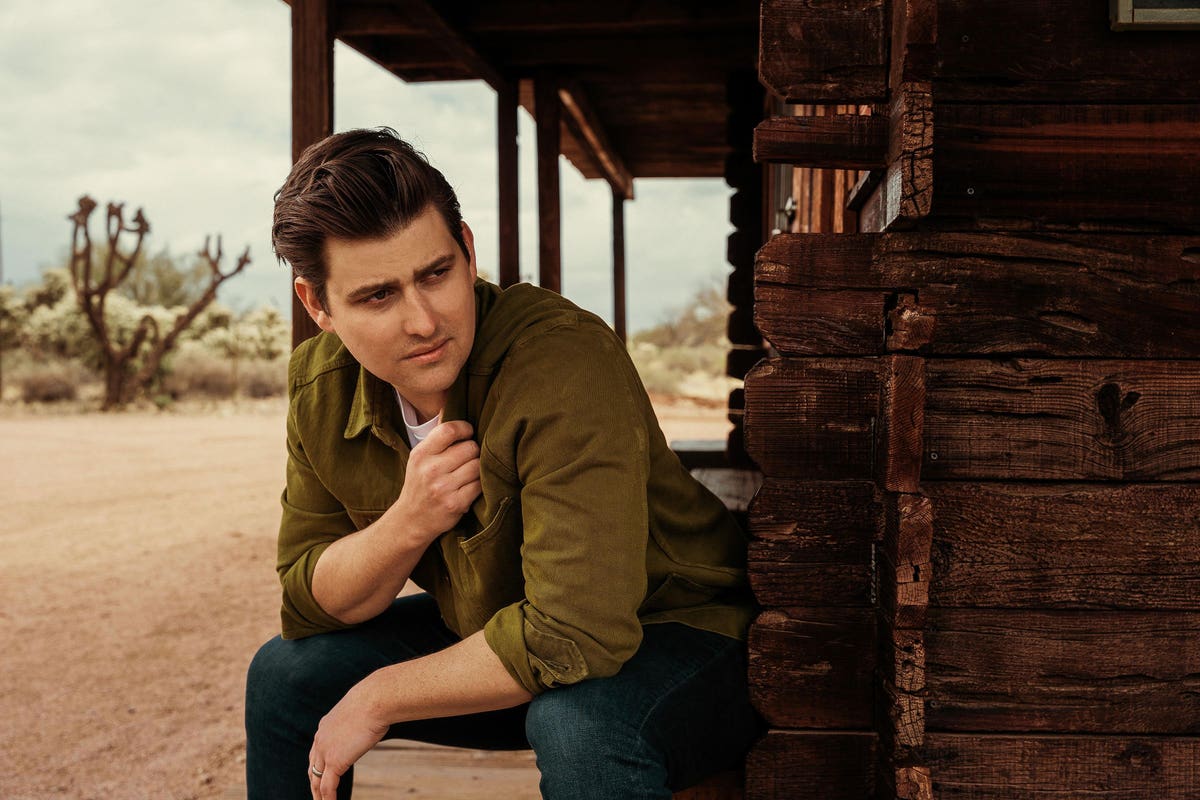 Austin Burke moved to Nashville from Arizona in 2013 with $650 and the dream of an artist career. Inspired by his musical hero Garth Brooks, the then 19-year-old embedded himself in the songwriting community. He wrote with anyone he could from 11 a.m. – 3 p.m. each day before his job at The Palm, where he worked as a food runner.

An independent country artist, Burke saw success in late 2017 when “Whole Lot in Love” took off on digital service providers like Spotify and was subsequently played on SiriusXM’s “The Highway.” When he received his checks in the mail, he immediately saw the disparity of his earnings as an artist and as a songwriter, so he decided to do something about it. Starting with single “Take My Life,” out today, Burke will give 15% of his masters to his songwriters.

“I’ve been able to live off of streaming money, but then I look at my songwriter friends and they’re working three jobs,” Burke tells me over lunch at The Palm. “The divide and the separation of money is not fair right now.”

Burke is a long admirer of songwriters and a writer himself. He says songwriting was the one thing he could lean on throughout the difficult times in his life. He feels the importance of songwriting and songwriters in the Nashville community has been pushed aside and he’s hoping that giving 15% of his masters to his co-writers will spark others in the industry to do the same.

Being an independent artist made the process of giving a percentage of each song to his collaborators easier than if Burke was signed to a label since he owns his masters. While he’s well aware that not every artist can do this, Burke is hoping it puts the pressure on the labels to support the industry’s songwriters.

“Country music has always been about the song and that’s why I fell in love with country music myself,” he says while seated at a booth in the restaurant’s dining room where caricatures of the late Naomi Judd, Willie Nelson and countless other artists and songwriters line the walls.

For Burke, he’s simply giving back to the community that has given so much to him. Through his work at The Palm, Burke’s chance meetings with industry executives like John Marks and SiriusXM’s Storme Warren kept his country music dream afloat. A run-in with Brooks at the restaurant in 2017 came with advice from the Country Music Hall of Famer himself: “If you don’t quit, you’ll never lose,” the singer told Burke at the time.

“That was a moment that changed my life forever,” Burke says, while fondly recalling his first encounter with the singer as a child. Burke had sang the national anthem at age 4 at a baseball game in Arizona that Brooks was playing during his short stint with the San Diego Padres. The pair took a photo together – Brooks in his jersey and Burke dressed as a cowboy complete with a hat, boots and chaps. When serving Brooks his Caesar salad at the Palm in 2017, Burke delivered his meal with the photo they took nearly two decades before. It was following that meal that Brooks bestowed his wisdom on the aspiring singer.

Burke quit his job at the restaurant in late 2017 and years later opened for Brooks at a radio show. All the while, he never forgot the advice Brooks shared. “He’s my hero and the reason I moved here,” Burke says.

Burke is signed to Warner Chappell Music Nashville and says the music publishing company was immediately on board when he came to them with the decision to give a percentage of his masters to his co-writers. The team initially scheduled meetings with the company’s lawyers to see if Burke’s idea was possible. After discussions with lawyers and his own business manager, Burke decided that 15% was a fair cut for his writers.

“What Austin is doing truly speaks to his character and who he is as an artist – humble, compassionate and forward thinking,” WCM Nashville Senior Director, A&R/Digital Jessi Vaughn Stevenson says. “He cares for his fellow songwriters and it’s admirable to see him recognize them in this way.”

Burke’s “Take My Life,” which 15% of the master will go to writers Emma White and Jamie Kenne, was written in June 2021. The singer says the idea for the ballad started by wondering what he could give to his wife, Lexy, the serial tipper who launched the Venmo Tip Challenge on TikTok during Covid-19.

“She gives so much,” he says. “She has the biggest heart and she’s giving to everybody, and I was like, ‘What can I ever give her?’ ‘What’s a man to give a woman that gives so much’ is one of the lyrics. … I think the greatest gift I can give my wife is my entire life and the ups and downs and everything that comes within that.”

Little did Burke realize that while writing the song he would ultimately be giving back to his collaborators, White and Kenne. White, who has been writing songs since she was 15 and is going on her 11th year in Nashville, says Burke including her in the master royalties of the song “means everything.”

“I hope this paves the way for other artists to do the same for their co-writers,” she says. “This is one of my favorite songs I’ve ever been a part of, so this is an extra special release for me. I look forward to watching how it positively impacts people’s lives.”

Kenne agrees with White’s sentiment and says as a songwriter, he creates art because he loves it. However, the nature of streaming has made it much more difficult to pursue his craft for a living.

“For someone like Austin to make the effort to do this for us is groundbreaking and innovative and most importantly, shows an appreciation for the writers who have given a piece of their soul and talents to invest in his artistry,” Kenne says. “Austin is a true leader for doing this and putting good karma out into the world like this does not go unnoticed.”

Burke hopes his investment in songwriters opens up an even bigger conversation. If the industry doesn’t step up to help its songwriters the music industry will not be the same, the singer warns.

“Publishing companies are going to have to downsize and the industry as we know it will be damaged,” he says. “I look at it as how can I help the thing I love most? It’s something I’m very passionate about. I love writers and writing and songwriting and if we don’t change, [that’s] going to go away.