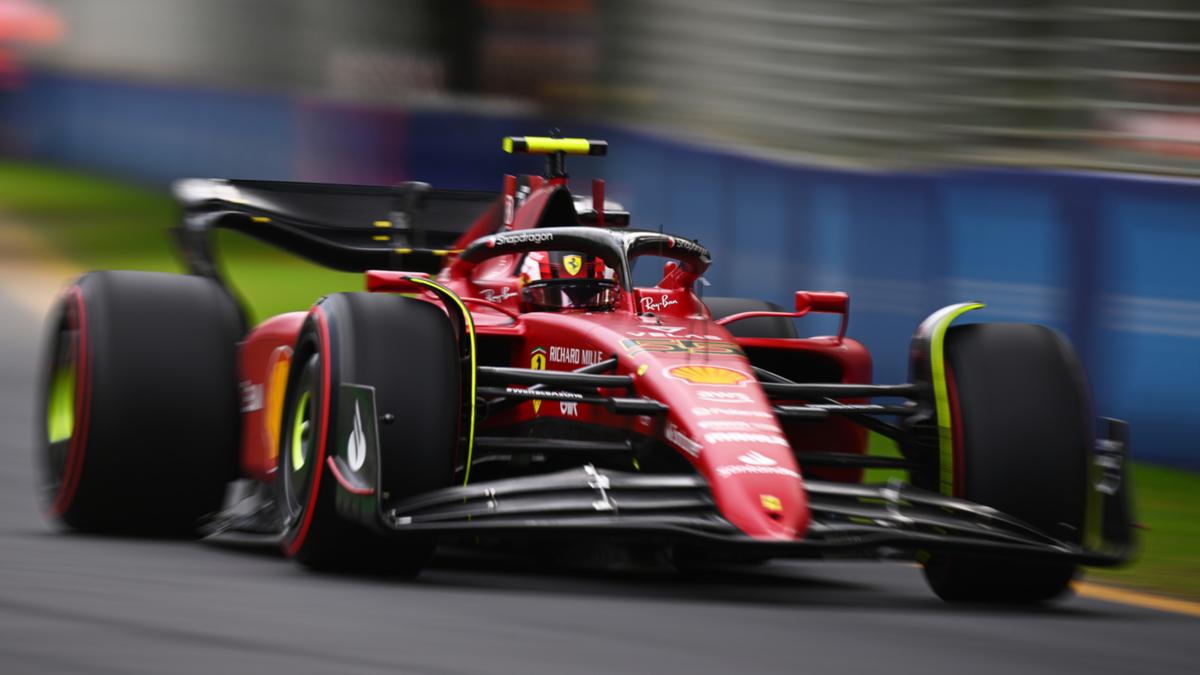 Ferrari’s Carlos Sainz says it’s premature to prance around despite his Formula One team’s pace-setting status at the Australian Grand Prix.

In the second practice, Leclerc logged the quickest lap of the day with Red Bull rival Max Verstappen next-best, followed by Sainz.

Australia’s Daniel Ricciardo was eighth-fastest in the 20-car field in the first practice and 10th in the second session.

Ricciardo is among a pack trying to rein in Ferrari’s championship leader Leclerc and second-placed Sainz.

The famed Italian team banked double-podium finishes in the initial two races this season with Leclerc boasting a win and a second place, and Sainz a third and a second.

But Spanish veteran Sainz is warning against thinking Ferrari, who didn’t win a grand prix in the past two years, have the measure of recent powerhouses Mercedes and Red Bull.

“We keep saying that Red Bull and Mercedes are the favourites because we haven’t been in a title fight in the last few years,” Sainz said.

“We are still super cautious.

“We know we have put together on track a great car but these two teams have been in the title fight for the last two or three years.

“And we maybe are lacking that bit of experience.

“We have great people and we are prepared but we don’t know, we are still cautious.”

“Even though we are leading … we have only done two races so it’s still pretty early to think about the championship,” Leclerc said.

Changes to the Albert Park track, including resurfacing and tinkering with corners, shaved more than five seconds from the previous lap record set by German great Michael Schumacher in 2004.

All 19 drivers who took to the track in the second practice – triple Albert Park winner Sebastian Vettel was a spectator after mechanical issues in the initial practice – clocked times inside Schumacher’s long-standing mark of 1:24.125.

Leclerc said he would “prefer to stay with the old layout”.

“The only reason why I’m saying that is just because Red Bull seems to be very strong in the straight lines … and there are quite a lot of straight lines in general now so we might struggle a bit more,” he said.

“I personally think the Ferrari is a rocket on the straight,” he said.

Nowhere In Barcelona Does Festive Magic Like This Grand Dame…