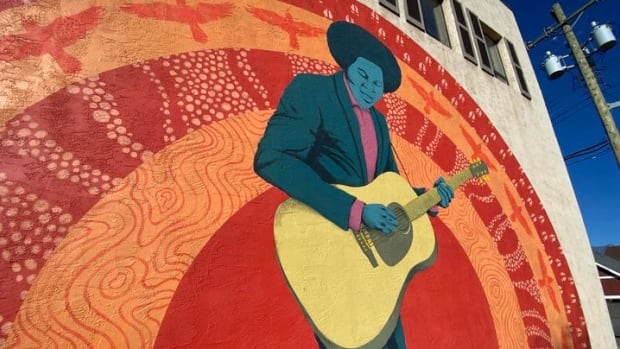 Alex Cuba, a B.C.-based Cuban-Canadian musician, won a Grammy for best Latin pop album in the spring and is now receiving two more honours: a mural in his hometown of Smithers, B.C., and an honorary doctor of laws degree from Queen’s University in Kingston, Ont.

The mural was painted by Facundo Gastiazoro, a Smithers-based artist originally from Argentina.

In an Instagram post, Smithers Tourism, which commissioned the mural, wrote the piece is “a tribute to [Cuba’s] lifetime achievements in the music industry … and [in recognition of] his huge influence on musicians and the music industry in Canada.”

Cuba moved to Smithers, a community of just over 5,000 people approximately 370 kilometres west of Prince George, 20 years ago and has since called it home.

He said that when he first arrived, very few people thought it was possible to have a career in music based in a small, northern B.C. community.

But after winning multiple international awards and accolades, including the 2022 Grammy Award for Best Latin Pop Album for Mendó, an album recorded in his Smithers living room, Cuba has proven this isn’t the case.

While his album features Cuban musical styles, “I won in a very Canadian way,” said Cuba, who was delayed in finding out about his win because he was driving through a snowstorm at the time and didn’t have cell service.

He hopes the mural in downtown Smithers will encourage other rising artists.

“There is so much noise embedded in our lives that it makes it difficult for people to really look inside themselves. The number one thing that I’m hoping it does is make people believe that it’s possible.”

Cuba’s Afro-Cuban heritage heavily influences his musical style, and the way he has combined this with his immigrant and Canadian identities has received positive attention.

In a letter from Queen’s University, principal and vice-chancellor Patrick Deane wrote, “Queen’s University wishes to recognize your artistic and cultural impacts as a Cuban musician, maintaining the sound and musical fabric of your birthplace, while at the same time integrating yourself thoroughly and successfully in the cultures of Canada.”

The honorary degree will be conferred later this year.

Despite his many awards, Cuba continues to find time for his Smithers community.

One of the ways he has done this is by bringing his Grammy around town and letting fellow “Smithereens” take photos with it.

“I love the smile that it puts on people’s faces,” he said.

“Smithers is a place where people support and believe in art. That’s my way of saying thank you to the community.”

Offering Smithereens selfies with his Grammy, being featured in a new mural, and getting an honorary degree — it’s been a busy year for Alex Cuba

Eating crisps in pregnancy can increase chances of children…

Brazil Barrels Into Presidential Runoff As The Far-Right…