Batman Is About to Set His Sights on Black Adam 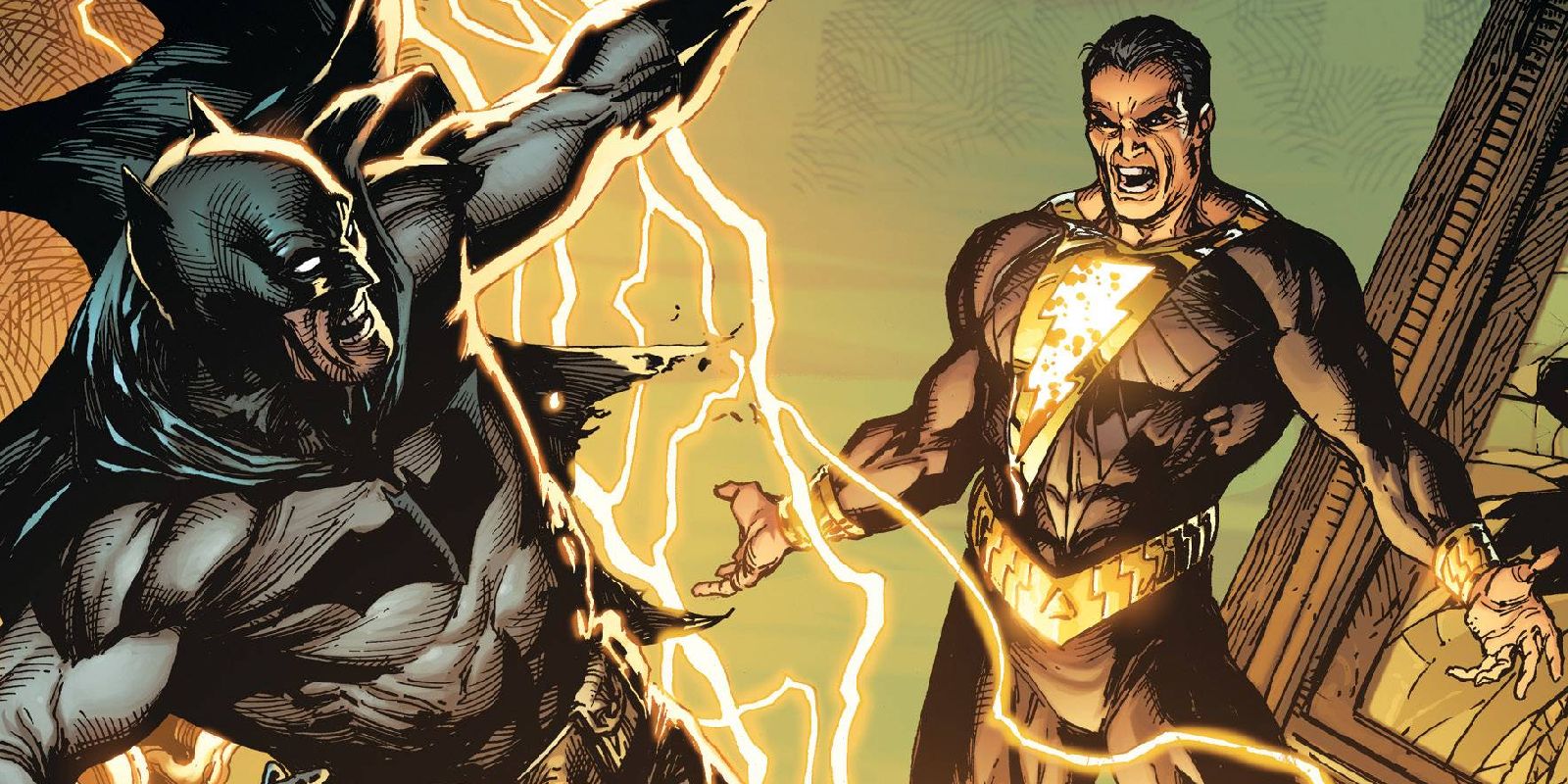 Christopher Priest (Deathstroke, Vampirella), the writer of DC’s Black Adam series, is planning an upcoming showdown between the magical anti-hero and Batman.

“In Issue #5, we have Theo Adam confronting Bruce Wayne, and he acknowledges that he knows Bruce is coming after him,” Priest said in an exclusive interview with CBR. “Bruce responds by telling Adam that when he decides to come after him, he will certainly know. You really don’t want to miss Issue #6 when Batman actually does come after Black Adam. I don’t know what’s more exciting, the actual confrontation between these two or when they face off against each other in their secret identities. I think that Bruce sees a lot of his mistakes in Theo, and is actually trying to help. But Black Adam is not willing to take help from anybody because he’s kind of a jerk. There’s a lot of good stuff coming in this series that readers will not want to miss.”

RELATED: Black Adam Has Ties To A Major DC Superhero Team – Here’s Why

Thus far, Black Adam’s twelve-issue limited series has grappled with the character coming to terms with losing his immortality. Issue #1 sees Black Adam infected with an incurable plague. He subsequently reaches out to a smart-mouthed teenager named Malik Adam, who is supposedly his descendant. The finale of the issue features Black Adam transporting Malik to Khandaq and pointing out that he will bequeath all of his powers to the boy — though the jury is still out on whether Black Adam is truly dying. Synopses for upcoming issues hint that Malik and Black Adam will become mystically linked — leading to “perhaps the most volatile and dysfunctional super team in DC history.”

Priest, who compared Black Adam to Dracula, said that the character was “at a point in his life where he is trying to clean up his legacy,” particularly after serving on the Justice League alongside heroes like Batman and Superman. He called the character’s arc a “Shakespearean tragedy about a guy trying to redeem himself.”

RELATED: Black Adam Is Going to Lay the Smackdown on an Enemy Strong Enough to Kill Superman

“He knows he has fewer days ahead of him than he has behind him, and he would like the end of his legacy to be better than the beginning,” Priest said. “He is essentially a guy obsessed with cleaning up his act. But my personal point of view is that it’s too late for him to undo all that he has done. There are too many bodies left in his trail and too much dirt on this man’s soul. So really, there is no redemption for Black Adam, but he’s trying nonetheless.”

Black Adam #1 is on sale now from DC.

Denial of responsibility! insideheadline is an automatic aggregator around the global media. All the content are available free on Internet. We have just arranged it in one platform for educational purpose only. In each content, the hyperlink to the primary source is specified. All trademarks belong to their rightful owners, all materials to their authors. If you are the owner of the content and do not want us to publish your materials on our website, please contact us by email – [email protected]eheadline.com. The content will be deleted within 24 hours.

Inside the Beltway: Michael Bloomberg and the Pentagon

Scientists move closer to a PILL that can replace exercise