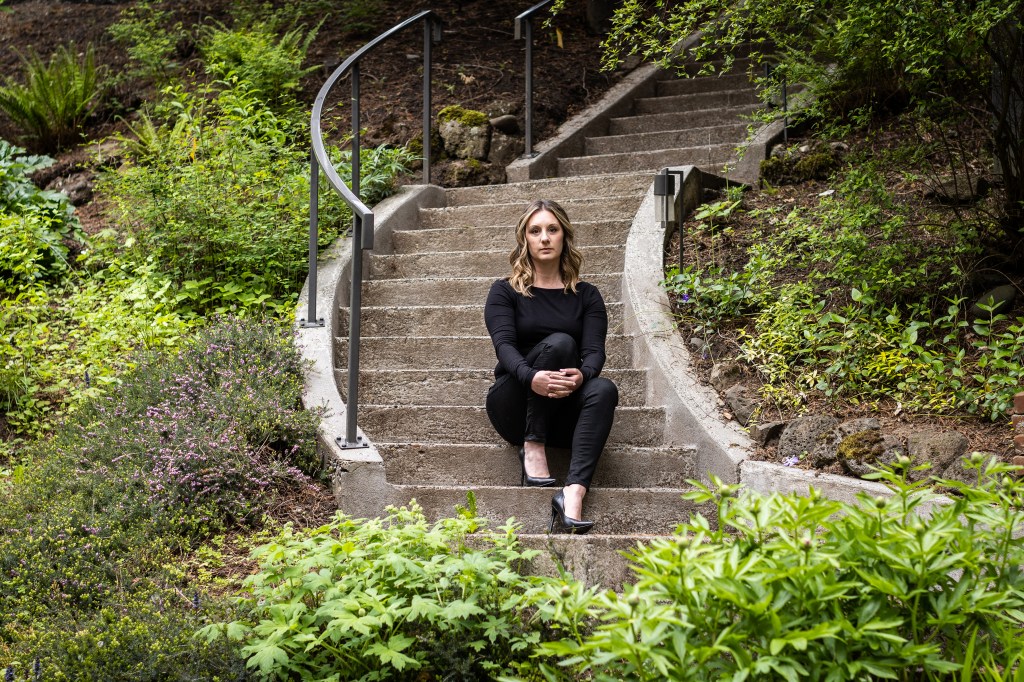 After years of yearning to hold her former high school accountable for failing to protect her from sexual abuse by her coach, Allison Brown, a former star basketball player at Valley Christian High School, got her chance when a new state law opened a three-year window that allows students to sue their schools for failing to protect them from abuse they suffered years ago.

Brown sued Valley Christian Schools, the group of private religious campuses that includes her old high school, for negligence and harassment last year, and has since settled the case. Valley Christian paid Brown an undisclosed amount, without admission of fault.

It wasn’t easy, she said, to take action against the school where her brother, friends and former teammates attended, and one she once felt a part of. But in the end, she concluded school officials were complicit in failing to protect her from abuse by her coach.

“When I first understood I was a victim, I was 30 years old,” Brown said. “I thought it was a relationship. I thought it would go away. And whether it was abuse by the same person or at the same school, there could be someone else hurting.”

Bay Area schools and their insurance companies are paying millions to student survivors of sexual abuse and harassment because of AB 218, authored by Lorena Gonzalez, which took effect Jan. 1, 2020. The legislation extended the statute of limitations to give people whose claims would have already expired three more years to sue schools and youth-serving organizations for ignoring, mishandling or covering up wrongs.

Former students who talked to Bay Area News Group said the settlements and jury decisions against their former schools don’t erase what happened to them but have allowed them to move forward. They allege the abuse was hidden in plain sight and that school and district staff who knew or suspected it should have reported the abuse to authorities as required by law and checked with other districts where the accused abusers worked.

“I’m no longer in survival mode. I’m at a peace with where things are at in my life,” Brown said. “I know justice has been served through the civil and criminal case. I feel like I’m getting to know myself again.”

Gonzalez said she doesn’t know how many survivors have taken action, but multiple law firms that represent victims estimate that hundreds of former students have filed suits against their school districts since the bill passed and expect more survivors to come forward before the window closes in December.

On May 10, a jury awarded a former Mt. Tamalpais High School student $10 million after he sued the Tamalpais Union High School District in Marin County, saying district employees failed to protect him from abuse and physical assault by a tennis coach in the early 2000’s. Earlier this year, New Haven Unified School District in Alameda County paid $3.3 million to two former students who sued the district over allegations that staff didn’t act upon learning the students’ former middle school teacher groomed them for sex in the late 1970’s

Other local cases are still pending. In January 2021, a former Los Gatos High School student who said she was abused by her track coach sued the Los Gatos-Saratoga Union High School District for sexual abuse and negligence, alleging the school put the reputation of its track team ahead of the safety of student athletes. In May 2021, another former Los Gatos track athlete filed a lawsuit against Los Gatos and Mitty High school over their handling of her alleged abuse by the same coach, Chioke “Chee” Robinson. Robinson is awaiting trial on charges of sexually assaulting numerous minors at schools across Santa Clara County. His lawyer, Victor Bullock, said Robinson “adamantly denies any wrongdoing.”

Carrie Andrews, superintendent of the Union School District, which paid $102.5 million in March to settle a civil lawsuit filed by two women who said they were abused by a former middle school teacher, said “that in many of these cases there was insufficient evidence to proceed with criminal prosecution of the perpetrator, so the only option for victims was to seek civil financial penalties from school districts.”

She said the district’s “deepest sympathies go out to any person who felt mistreated or abused when they were in school.” But she said it’s “difficult to go back and clearly investigate a situation that may hinge on varying individuals’ recollection of what happened many years prior.”

Lawyers and survivor advocates argue that districts and institutions need to be held accountable for the harm, shame and guilt they caused, no matter the timeline. And they hope schools take the allegations seriously and learn from the mistakes made in the past.

“It’s interesting to have these cases come out and hear people say, ‘Oh this is a different time’ and ‘You didn’t talk about that stuff then.’ But no, people have been silenced for years, and it’s still happening,” said Jemma Dunne, an attorney for Costa Mesa-based law firm Greenberg Gross, a firm that is handling some of the cases. “AB 218 just started to give that voice to people who have decided to come forward,”

‘Now I can begin to heal’

Brown said she realized she had an opportunity for justice when she heard U.S. gymnastics athletes were suing for the abuse they suffered at the hands of their coaches.

In her lawsuit, she alleged Valley Christian administrators allowed former basketball coach Gregory Marshall to come on campus and interact with students even after he was fired following allegations that he had sexually abused Tracey Walker, a teammate of Brown’s, in 2006. Brown, who said Marshall began sexually abusing her in 2004 when she was 17, reported Marshall to police in 2019 and testified against him in a criminal trial. He was convicted and is serving his sentence in San Quentin State Prison.

Cliff Daugherty, president of Valley Christian Schools, wrote in an email: “It is an incredibly difficult and brave thing for survivors of abuse to speak out about their abuse, regardless of when it happened. We have and will continue to work with authorities to the greatest extent possible.”

In the New Haven School District case, Darcie Metsker and a second, unidentified former student separately sued the district for negligent supervision and failure to train and educate staff about recognizing and reporting sexual harassment and abuse. They allege they were groomed by now-deceased teacher Ray Montoya in the late 1970’s at Alvarado Middle School. The court combined the cases, and the school district reached the $3.3 million settlement in March 2022, without admitting fault.

“While no amount of money will ever erase the trauma I suffered at the hands of a serial pedophile who was protected by school leadership,” Metsker wrote in an email to this news organization, “AB 218 has allowed me to seek accountability from those who failed to safeguard me and other students in their care.”

“Although I still have not received an apology from New Haven Unified, this lawsuit has allowed me to come out from under the dark shadows of abuse. Now I can begin to heal,” she wrote.

The second student, who asked not to be identified, said Montoya groomed her to the point where she “viewed him as the answer to everything.” But when she discovered he was also involved with Metsker, she reported the sexual abuse to a teacher at the school. The teacher, she said, told her to keep quiet. Later, she told district administrators, who made her talk to a psychologist but did not report her allegations to police.

“Ray was protected,” she said. “We weren’t protected at all. And we were threatened.”

In an email, Superintendent John Thompson said the district “continues in its efforts to be actively engaged in steps to protect and educate our students and staff on recognizing inappropriate behavior and suspected child abuse.”

The former student said the childhood abuse led to lifelong trauma, including anxiety and depression, difficulty with emotional intimacy and trust, and substance abuse.

“I’m grateful for Darcie learning about AB 218. If she didn’t, then we wouldn’t have been here,” she said. “Since the lawsuit, I feel like I have a voice. I didn’t talk about it for 40 plus years. … Here we are grown women, and we can now stand up for our young selves.”

Why we make up fake scenarios in our heads at night