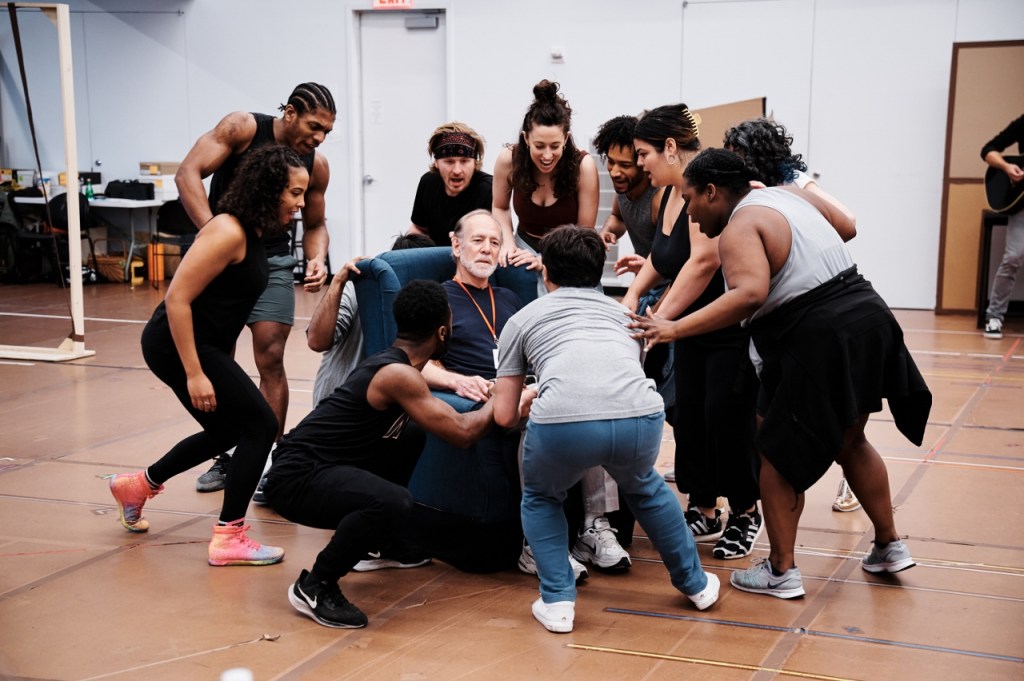 In “A Beautiful Noise, The Neil Diamond Musical,” two actors play the iconic singer. Mark Jacoby plays Neil now; Will Swenson takes on the role of Neil then. This means only one of them, Swenson, gets to dress up in gaudy, glorious garb Diamond wore during his ’70s heyday (please look up the cover image of live album “Hot August Night”).

“Believe me, this is not a disappointment to me at all,” the Tony-nominated actor told the Herald with a laugh.

Jacoby doesn’t have anything against sequins and sparkles. But he’s closely watched the work Swenson has put in.

And the Broadway veteran has done a lot, including leads in “Showboat,” “Sweet Charity” and “The Phantom of the Opera.” For “A Beautiful Noise” — which has its world premiere, pre-Broadway engagement at the Emerson Colonial Theatre from June 21 to July 31 — Jacoby plays Diamond at the end of his career as he looks back on his life during therapy. There’s a lot to look back on in “A Beautiful Noise.”

Diamond was a poor Jewish kid from Brooklyn who began by pitching songs to the publishing houses in Tin Pan Alley. After years of rejection and flops, he caught fire as a solo act and exploded out of the ’60s with “I Am…I Said,” “Cracklin’ Rosie,” “Song Sung Blue” and Boston-favorite “Sweet Caroline.” “A Beautiful Noise” aims to weave the highs and lows together while building the magic around Diamond’s catalog.

“It sounds simplistic, but the success of the piece and the acceptance of the piece rests on the quality of the musical numbers,” Jacoby said. “The numbers evoke nostalgia — ‘Oh, yeah, that tune,’ ‘Oh, yeah, I remember this one’ — but they are also compellingly interesting in their staging, in their choreography.”

“Neil’s music is very accessible regardless of where you are in the course of your life,” Jacoby said. “The fact that most of it was written in the ’60s, ’70s and early ’80s doesn’t pigeonhole it. … You can tell the young people in our show, they’re loving it. They are loving what they are doing.”

And it’s not only the young cast members having fun. Jacoby calls the experience “a rewarding challenge” and may yet get to experience the joy and ostentatiousness of a classic Diamond outfit.

“I think they are putting me in something for the curtain call that’s a little more young Neil Diamond-like,” he said with a laugh.

For tickets and details, go to emersoncolonialtheatre.com.

NEET 2022 Aspirants, Here is Strategy to Crack Medical Entrance in One Month