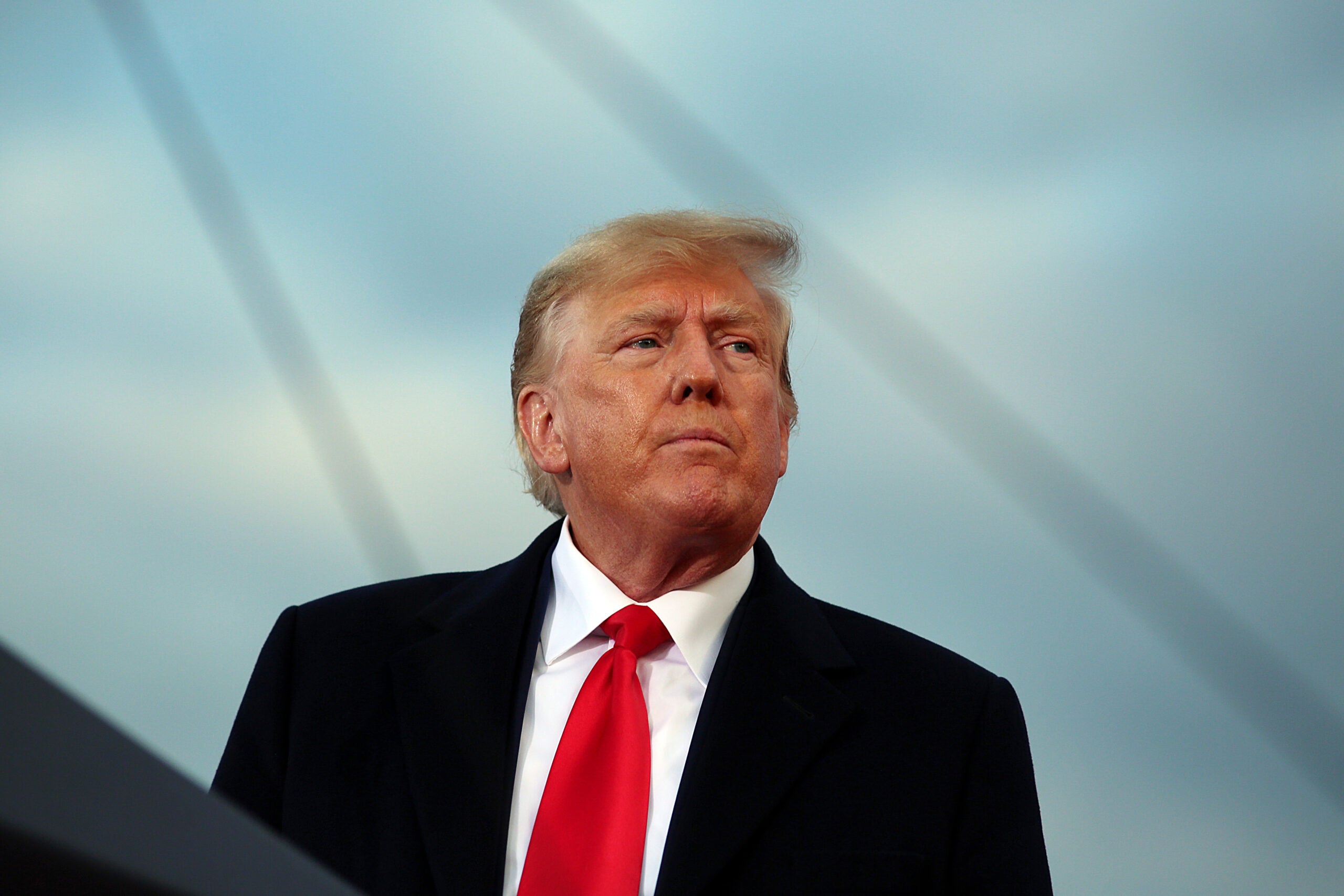 The chief of staff, Marc Short, had a message for the agent, Tim Giebels: The president was going to turn publicly against the vice president, and there could be a security risk to Pence because of it.

The stark warning — the only time Short flagged a security concern during his tenure as Pence’s top aide — was uncovered recently during research by this reporter for an upcoming book, “Confidence Man: The Making of Donald Trump and the Breaking of America,” to be published in October.

Short did not know what form such a security risk might take, according to people familiar with the events. But after days of intensifying pressure from Trump on Pence to take the extraordinary step of intervening in the certification of the Electoral College count to forestall Trump’s defeat, Short seemed to have good reason for concern. The vice president’s refusal to go along was exploding into an open and bitter breach between the two men at a time when the president was stoking the fury of his supporters who were streaming into Washington.

Short’s previously unreported warning reflected the remarkable tension in the West Wing as Trump and a band of allies, with the clock running out, searched desperately for a means of overturning the election. Trump grew agitated as his options closed, and it became clear that he was failing in his last-ditch effort to muscle his previously compliant vice president into unilaterally rejecting the voting outcomes in key states.

The warning also shows the concern at the highest levels of the government about the danger that Trump’s anticipated actions and words might lead to violence Jan. 6.

It is unclear what, if anything, Giebels did with the message. But as Trump attacked his second in command — and democratic norms — in an effort to cling to power, it would prove prophetic.

A day after Short’s warning, more than 2,000 people — some chanting “Hang Mike Pence” — stormed the Capitol as the vice president was overseeing the certification of Joe Biden’s victory. Outside, angry Trump supporters had erected a mock gallows. After Pence was hustled to safety, Mark Meadows, the White House chief of staff, is reported to have told colleagues that Trump said that perhaps Pence should have been hanged.

Short was asked about the conversation with Giebels during an interview with the House committee investigating the Capitol riot, a person familiar with his appearance said.

New details from the weeks leading up to Jan. 6 help to flesh out how Trump and his allies sought to intimidate Pence into accepting their baseless theory that the vice president had the authority to block congressional certification of the Electoral College results — and how Pence’s refusal to do so would lead him to peril.

Pence said about five months after the Capitol attack, “There is almost no idea more un-American than the notion that any one person could choose the American president.”

A few weeks after Election Day on Nov. 3, 2020, aides to Pence learned that some in Trump’s loose network of advisers were discussing the possibility of Jan. 6, 2021 — set under statute as the day of the Electoral College certification — as a potentially critical date in Trump’s efforts to stay in power. Soon, Pence asked his general counsel, Greg Jacob, to write a memo explaining what his powers were during the certification.

The memo did not take a clear position, but Pence’s advisers continued to research the issue, ultimately concluding that the vice president had no authority to dictate the outcome.

But Pence and his team were faced with regular pressure from a cast of Trump supporters arguing that he did have such power.

At the end of December, Pence traveled to Vail, Colorado, for a family vacation. While he was there, his aides received a request for him to meet with Sidney Powell, a lawyer who promoted some of the more far-fetched conspiracy theories about flaws in voting machines, and whom Trump wanted to bring into the White House, ostensibly to investigate his false claims of widespread voter fraud.

The request to meet with Powell was relayed through Kelli Ward, chair of the Arizona Republican Party, according to a person familiar with the exchange. Ward had joined a suit filed by Rep. Louie Gohmert, R-Texas, that asked a court to say that Pence could decide whether to accept or reject slates of electors from states during the Electoral College certification.

The suit was asserting precisely what Pence’s aides argued he did not have the power to do. Some Pence advisers were suspicious that Powell wanted to serve the vice president with legal papers related to the case.

Short objected to Ward’s support of the suit. She relayed to him that they would not pursue it if Trump was uneasy with it. (The proposed meeting with Powell never happened.) Powell and a spokesperson for Ward did not respond to emails seeking comment.

There were other points of friction that left the Pence team on high alert about the pressure campaign. Meadows told Short that the president was withholding approval of a pot of transition funding for Pence to establish a post-White House office.

Amid the rising tension, Short reached out between Christmas and New Year’s Day to Jared Kushner, Trump’s son-in-law, and senior adviser, asking how he could defuse what was becoming an untenable clash between the Pence and Trump camps. Kushner deflected the outreach, saying he was wrapped up in negotiations in the Middle East.

At one point, John McEntee, the head of presidential personnel, wrote a handwritten note that circulated in the West Wing that seemed to acknowledge that Pence did not think he could influence the outcome of the election.

Yet with Trump failing in his other efforts to reverse the results, Pence continued to receive unsolicited memos arguing that he had the power to block certification — including one from McEntee that looked far back into American history to find precedent: “JEFFERSON USED HIS POSITION AS VP TO WIN.”

By early January, Pence made clear to Trump that he did not believe he had the power to do what the president wanted, but he also indicated that he would keep studying the issue.

Trump tweeted on the morning of Jan. 5 that Pence could reject electors. He had tried to persuade some of his informal advisers outside the White House to go to the Naval Observatory, the vice president’s official residence, to seek an audience to pressure Pence. That day, Trump spoke with Pence again, pressing him to do what the vice president said he could not.

It was that day that Short called Giebels to his office.

The next day, Jan. 6, Trump and Eastman addressed a crowd of thousands of Trump supporters at a rally at the Ellipse near the White House, before the start of the Electoral College certification at 1 p.m. Trump and Eastman both applied public pressure on Pence to do what they wanted.

“You’ll never take back our country with weakness,” Trump told his supporters. At another point, he said, “Mike Pence, I hope you’re going to stand up for the good of our Constitution and for the good of our country. And if you’re not, I’m going to be very disappointed in you. I will tell you right now. I’m not hearing good stories.”

Trump, who repeatedly told aides he wanted to march to the Capitol as the certification was beginning, told the crowd that he would do so. But the Secret Service told him it could not protect him, and he returned to the White House.

At about 1 p.m., Pence released a memo making clear that he disagreed with the president about his power to intervene in the certification. The memo was not shared with the White House counsel in advance; the trust between the offices was shattered by then.

Soon, Trump’s supporters swarmed the Capitol, breaking in through doors and windows and disrupting the count.

Giebels rushed Pence from the Senate chamber and took him to an underground loading dock. The vice president refused to get in a waiting car, despite Giebels’ repeated urging, believing it would let the rioters and others score a victory against a core democratic process, his aides have said.

Pence stayed there for hours, until it was safe to return to the Senate chamber, where he insisted on finishing the certification process.

His post-White House transition funding was approved soon after Jan. 6.

KPIX 5 talks to principle Senate candidates ahead of primary