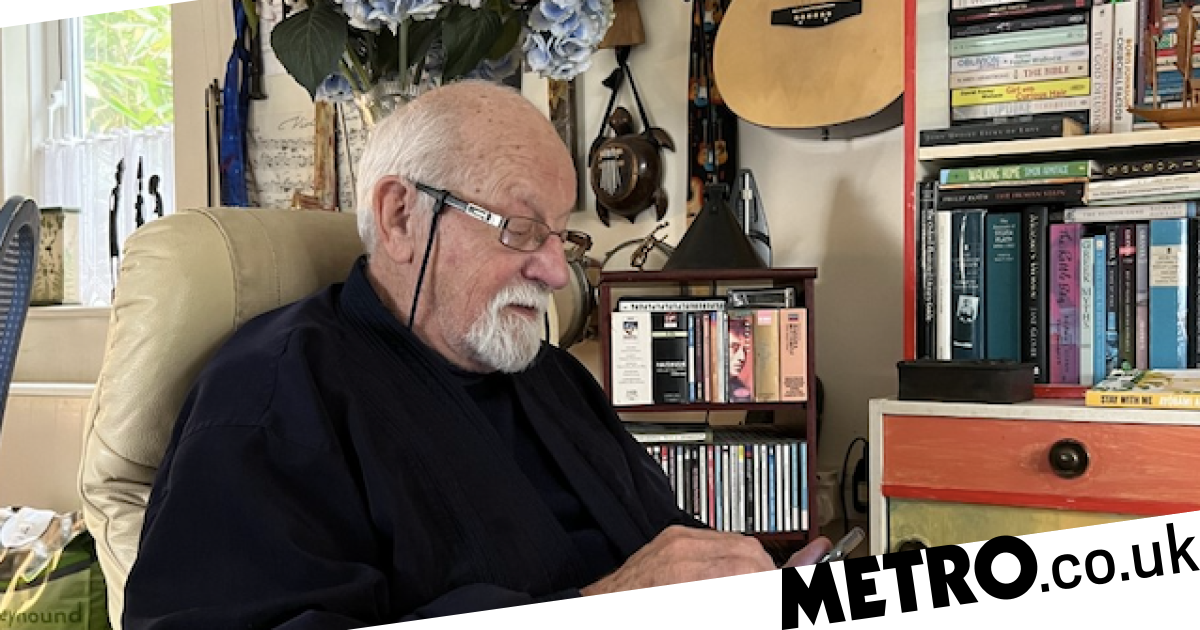 The ad in my local newsletter caught my eye.

I was curious. I thought: surely, if anyone can help someone learn how to use their phone, it’s me – I had grown up using social media and have had a phone in my hand since the age of 13 – so why wouldn’t I reach out?

I called the number listed in the ad and left a message on the landline saying I’d be interested in helping out. Within a few days, Tony called me back to say how thankful he was that I had responded to the ad, and he sounded excited at the prospect of learning to use his phone.

A few days later I was sitting in Tony’s flat, holding his Tesco mobile smartphone while showing him how to turn it on and unlock it.

I’ve grown up using an iPhone, progressing my consumer loyalty all the way from a 3GS at the age of 14 to 13 Pro Max now as a 23 year old.

So teaching Tony came easily because, like many other young people, I’ve grown up typing and tapping, pinging and posting. Being online and using new technology is almost second nature.

When I met Tony, he had a warm and hospitable energy. He offered me a cup of tea while I sat in a lounge chair and looked around his flat.

Guitars hung on the walls, a collection of books big enough to fill a small library, a sign that read ‘all you need is love and a dog’.

86-years-old and a former teacher and publicist, Tony certainly had a passion for learning, which shone through in our lessons, curious questions being fired at me every few minutes.

When I found out that Tony had been paying a monthly contract for over a year only for this phone to be sitting in its box untouched, I was determined that our weekly sessions would teach him whatever he wanted to know.

‘What do you want to learn?’

‘Everything. I want to be able to book a holiday, book a concert, I want to do everything possible that this thing does, but you can’t know what’s possible until you’re shown.’

I learnt that before he had placed the newsletter ad, he had gone back a couple of times to the shop where he had first bought the phone, to ask the people working there to show him how to do things – but he eventually stopped doing this as it didn’t feel comfortable. He felt they might be getting tired of teaching him the basics.

The second week I visited Tony, I taught him how to answer and make phone calls on his phone.

After the lesson, he told me, ‘You’re going to have a colossal impact on my life.’

That was the moment that made me realise what I was doing was truly worthwhile.

Every lesson, he would jot down key points I said, keen to understand beyond just the functions of the phone, but to also understand why we all have become so dependent on them.

For older people who live alone, in-person interaction is an essential part of keeping connected and content in their everyday life

In the UK, nearly three million people are offline, and 67% of these people are aged 70 or over. The pandemic exacerbated the digital divide, with vital services moving things online to allow for social distancing rules, but this meant that those without the adequate technological knowledge missed out.

Not only this, but for older people who live alone, in-person interaction is an essential part of keeping connected and content in their everyday life.

The shift towards using video calls to stay in touch with family and friends was an impossible task for many older people who didn’t know how to use digital technology, or who simply couldn’t afford to.

Like many older people, Tony lives alone and his children live abroad. Because of this, he never had anyone to ask for assistance from.

In a world that assumes everyone to be fluent in the jargon of pinging and posting, statusing and snapping, I also think it takes courage to ask for help.

Tony has taught me that when it comes to digital exclusion, it’s as much about culture as it is about technology.

We now live in a world that assumes everyone to be fluent in the language of iCloud and App Store, Siri and ‘screenshot’. When Tony bought his phone, he was told: ‘It’s all automatic, you’ll pick it up.’

But this assumption is a huge part of the continuing problem of digital exclusion. Digital skills aren’t innate. Like everything, they have to be taught.

As a society with a large ageing population – as of 2019, around a fifth of the UK population are 65 or over – it is vital that digital exclusion is tackled so that no one is left behind.

It’s not just a technological issue, but a social issue that has a negative impact on mental health and that exacerbates social inequalities.

But this can be resolved. Spending a short but regular amount of time helping older people get familiar with their technology can have a significant impact on their mental wellbeing and independence.

Check in with elderly grandparents or neighbours to see if they need assistance with their tech – it can make a substantial difference to both how they live and feel.

I’ve seen this first-hand with Tony. But what I hadn’t expected was that our hour-long weekly sessions would truly transform Tony’s ability to use his phone for what he actually wanted – despite the fact that, when we first met, he didn’t know how to turn it on or off.

Tony and I have been having weekly lessons now for almost three months. Since we met, he’s learnt how to phone, text and video call his friends and family, send photos (mostly of his greyhound Kiki), check the bus times and use Google Assistant to learn directions to a new place.

When I asked him how it felt to check the bus times on his phone, he told me: ‘It felt terrific because it was the first time I had used it efficiently, and that was exactly what I had wanted to use it for.’

Tony and I went from communicating solely by landline – with him avoiding his mobile phone between our weekly sessions – to him being able to use his phone to check Google Maps to get to the local cafe to meet me.

As a society, we are increasingly reliant on technology for forming new relationships and sustaining old ones. By each putting ourselves out there and being open-minded, both to learning and to each other as individuals, Tony and I have formed an unexpected friendship that I’ll cherish forever.

And when I asked him what his motivations were for putting the ad out, he summed up what so many of us feel.

‘Communication is vital to me. It’s everything.’


MORE : Grandad and elderly mates at mercy of joy-riding school children on trolleys


MORE : Robot built to catch elderly people and stop them being injured if they fall

Woman saved by miscarriage which stopped breast cancer being terminal