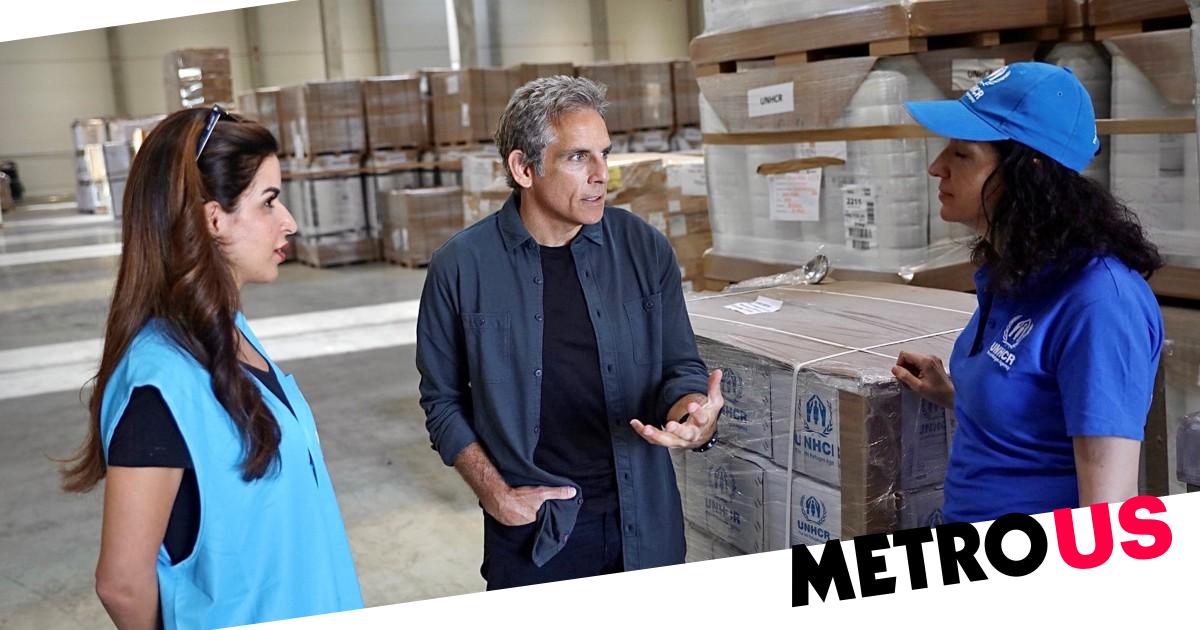 The actor, 56, was pictured in the large south-eastern city of Rzeszow, close to the border, speaking to aid workers in a storage facility.

Millions have crossed over into Poland since President Vladimir Putin declared the war in February.

Stiller, who is a goodwill ambassador for UNHCR – the UN refugee agency, posted on Twitter as he arrived in the country on Saturday.

He said: ‘I’ve just arrived in Poland with UNHCR, to meet families whose lives have been torn apart by war and violence in Ukraine.

‘Millions have been forced to flee their homes with over 90% being women and children.’

Stiller continued: ‘I’m here to learn, to share stories that illustrate the human impact of war and to amplify calls for solidarity.

The actor stressed that ‘everyone has the right to seek safety. Whoever, wherever, whenever.’

Zoolander and Night At The Museum star Stiller’s presence in Poland comes ahead of World Refugee Day on June 20.

He started working with the UNHCR in 2016 and has travelled with the body to meet refugees in Germany, Jordan, Guatemala and Lebanon.

He is not the first celebrity to involve themselves in humanitarian work for Ukraine, with Mila Kunis and Ashton Kutcher raising $35million (£28.6m) for the country and David Beckham handing over his Instagram page to a Ukrainian doctor in Kharkiv for the day.


MORE : James Gandolfini split massive pay rise with rest of The Sopranos cast: ‘He was one of a kind’


MORE : Dame Deborah James raises ‘incredible’ £1,000,000 for bowel cancer charity through In The Style clothing collaboration: ‘I am so overwhelmed’