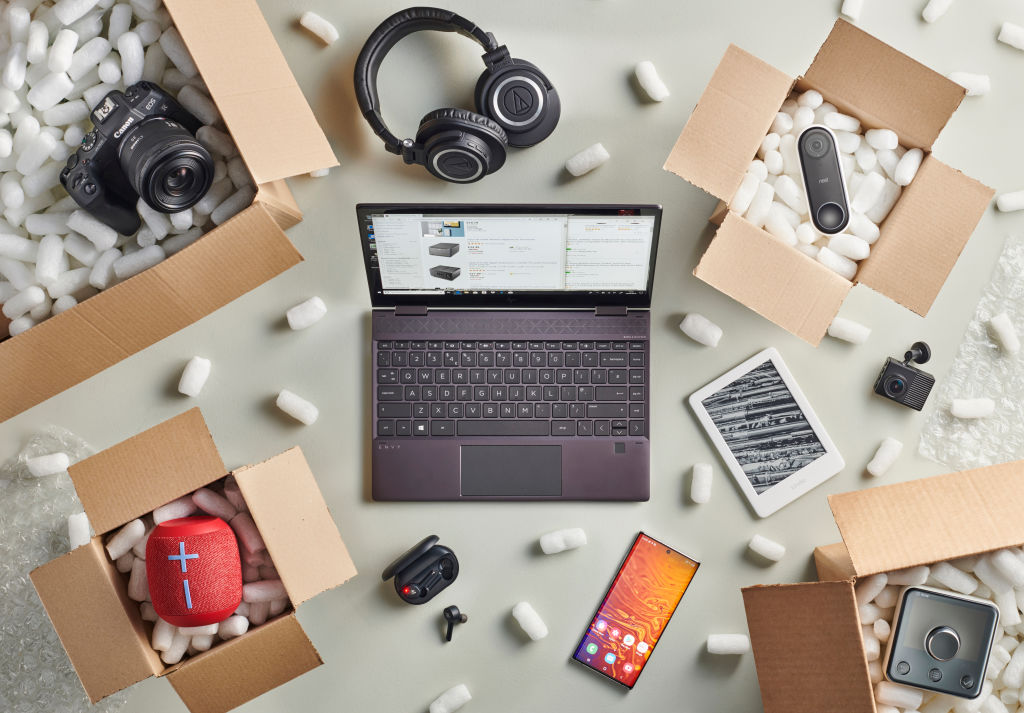 Memorial Day falls on May 30 this year, and marks the last national holiday of spring before summer begins in June. Practically everyone will be looking forward to a three-day weekend as people across the country hit the great outdoors to enjoy the warm weather, have picnics and cookouts, and observe a national day of remembrance.

For techies and deal hounds like us, holidays like Memorial Day also mean big sales on all sorts of stuff we love. If part of your plans involve doing a little shopping, then join us: We’ve got everything you need to know about this year’s Memorial Day sales right here, including some of the best early deals happening right now.

We sifted through the handful of early Memorial sales happening now to curate a list of ten Memorial Day deals you can’t miss today, perfect for people who don’t know what they’re after but also don’t want to be missing out on the price-cutting action. These are all steep discounts on must-have tech and services — vetted by our trusted editors who have hundreds of years of experience testing and reviewing products between them — so rest assured you’re getting a great deal on a top product.

A must-have for anyone looking for a laptop for responding to emails or working on documents, watching videos and web-browsing, this offer on the Dell Inspiron 15 3000 sits at the top of the Memorial Day laptop sales happening today. This particular model, which retails for $300 but is on sale for $230, has 4GB of RAM and a 128GB SSD, a 15.6-inch screen, and runs Windows 11 out of the box.

Nectar was one of the first brands to release a no-fuss mattress-in-a-box, backed by an incredible 365-night trial. Widely regarded to be one of the best mattresses on the shelves for most people, you can sleep on this mattress for an entire year, and return it at any point for free, if you aren’t happy with it. Shop now and receive $400 in free accessories, including a mattress topper and two pillows.

There aren’t a whole lot of Memorial Day TV sales happening yet, but out of the few we’ve found, Best Buy’s offer on this 70-inch LG 4K TV is the best. It’s a Smart TV, so it can access all the leading streaming services like Disney+ and Netflix without requiring additional hardware like a Fire TV Stick, and has LG’s4 K Upscale Engine on board for showing HD content in a 4K Ultra HD resolution.

What are the Memorial Day sales?

Memorial Day is a national holiday in the United States that commemorates military personnel who have died while serving in the armed forces. It’s a federal holiday that lands on the last Monday in May, bringing with it a three-day weekend. Typically during holidays like Memorial Day, retailers run big sales. Consumers are more than happy to take advantage of the long weekend to shop their hearts out, and stores are understandably eager to entice people to do just that.

There are only a few of these three-day-weekend holidays throughout the year, though, and Memorial Day is the last one of the spring season. There aren’t usually any similar big sales until July, with July 4 and Prime Day sales happening that month. That means that Memorial Day sales are a great opportunity to do some late spring shopping for anything you might need; if you miss it, then you’ll have to wait another month or two for another chance to score big savings, during Amazon Prime Day in July.

When do the Memorial Day sales start?

Memorial Day 2022 is on Monday, May 30, meaning that Saturday, May 28 is the first day of the three-day holiday weekend. The 2022 Memorial Day deals will certainly be live by Saturday, but many retailers will start running their sales earlier on Friday as well. We won’t be surprised to see a few early Memorial Day sales and discounts popping up even earlier that week, so don’t sit on your hands until Saturday. That said, the sales will begin in earnest on Saturday and will run through Monday (Memorial Day itself), so you’ll have plenty of opportunities to shop and save big.

Where are the best Memorial Day deals?

Memorial Day sales, unlike Prime Day deals, are not specific to any retailer (although nowadays, other retailers get in on the Prime Day action, too). Expect all the big outlets to mark things down before and during Memorial Day weekend. That includes Amazon, Best Buy, Walmart, Target, and Newegg, to name just a handful.

However, it’s a good idea to have a list of Memorial Day deals you’re looking for, and you’ll also need to know which retailers are best for certain items. If you’re after a new laptop, for example, then you’ll want to check out Best Buy, Walmart, Staples, and Newegg, as well as the online storefronts of PC brands such as HP, Microsoft, and Dell. Retailers like Amazon usually aren’t as good for computer deals.

If you’re after something like a new 4K smart TV, though, then Amazon is a great place to shop for Memorial Day deals, as are Walmart and Best Buy. Amazon also likes to mark down its own devices during sales, so Memorial Day should be a great time to grab something like an Echo smart speaker, A Kindle tablet or e-reader, a Fire smart TV, or one of the many other gadgets Amazon has under its umbrella. And unlike Prime Day deals, you shouldn’t need a Prime membership to take advantage of them. Best Buy also carries Amazon devices and often offers the exact same deals during sales.

What Memorial Day deals can you expect in 2022?

Memorial Day is one of those holidays that brings markdowns on pretty much everything, so if you’re wondering what to buy during the Memorial Day sales, the sky’s pretty much the limit. Clothing, home goods, office essentials, and more will be on discount during this three-day holiday weekend, although if you’re like us, you’re all about the tech deals.

Let’s admit it: Electronics are more fun than clothes and kitchen appliances, and while saving money on those everyday-use items is nice, shopping for tech is a lot more exciting. Seasoned shoppers know that big holiday sales are almost always when you’ll see the lowest prices on brand-name technology, and the 2022 Memorial Day deals will be no exception.

If you’re wondering about what specific Memorial Day deals you can expect to see, then the easiest way to get an idea of what might be available is to look at last year’s event. During the 2021 Memorial Day sales, some of the highlights included laptop deals, gaming deals, camera deals, and 4K TV deals, as well as some noteworthy Apple deals on popular products like AirPods and Apple Watches. Amazon, Walmart, and Best Buy were the go-to outlets for tech-related Memorial Day deals, and we don’t think that will be much different this go-around.

Of course, this is one of those events that brings discounts on everything, so Memorial Day sales are hardly limited to just portable electronics. We also expect to see plenty of home appliance deals, some good vacuum deals (including robot vacuum deals, if that’s your thing), bedding and mattress deals, and kitchen essentials such as Instant Pot deals, if last year’s event is any guide. Some of the best outlets for these include Wayfair, Lowe’s, The Home Depot, and Target, but also Amazon, Walmart, and Best Buy, which carry these products as well. Big-box stores like Walmart and Best Buy are particularly good for larger home appliances that require freight delivery.

Just remember: As with any sale, not all Memorial Day deals are going to be worth it. Make a shopping list (or at least have an idea of what items you’re looking for) and do some research beforehand so you know what actually constitutes a good price. Many retailers, and particularly third-party sellers, like to use these sales as an opportunity to offload old stock, and sometimes the markdowns can be deceptive. Make sure that bargain you’re looking at is actually offering you a good markdown off the item’s regular price before you pull the trigger — and be sure to bookmark this page, as we’ll keep you up-to-date with all the best Memorial Day sales and deals as they drop throughout the long weekend.