Biden and BTS to meet and discuss hate crimes against Asians 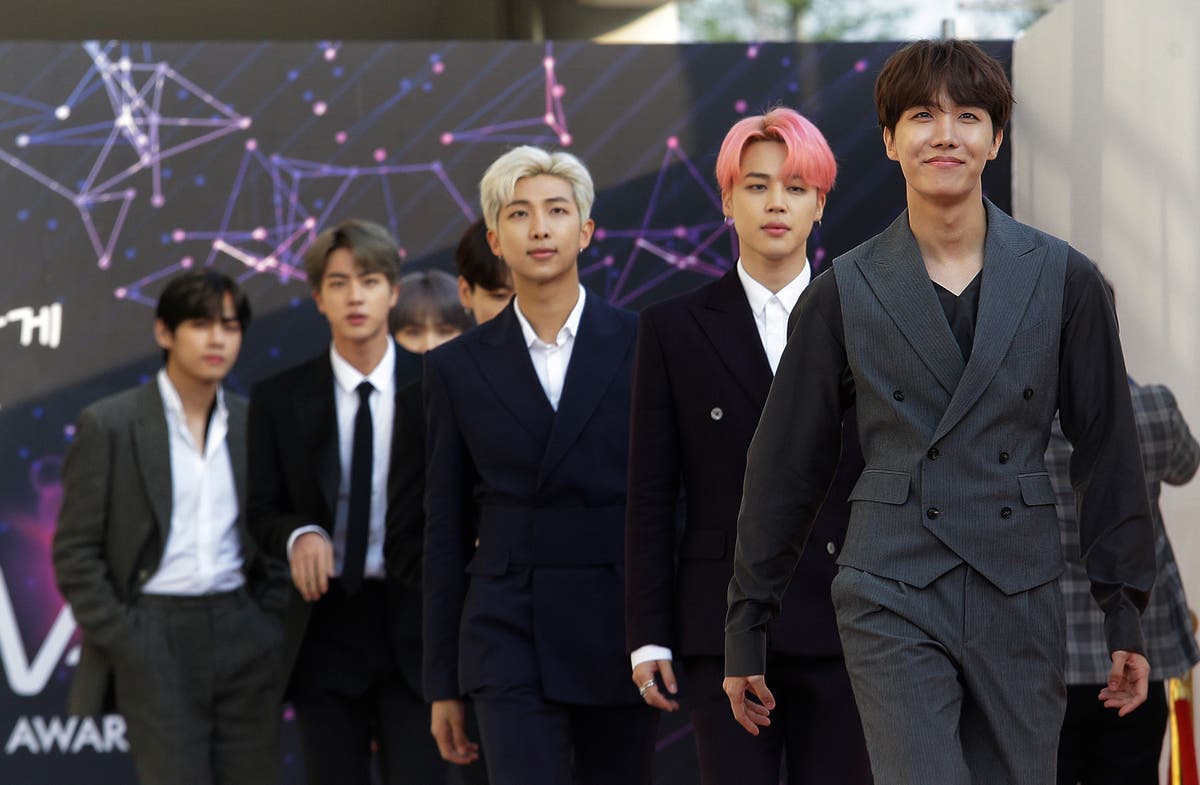 US president Joe Biden will host members of the K-pop sensation BTS to discuss the rising attacks against Asian communities in the country.

The White House said Mr Biden would meet the musical group on to “discuss Asian inclusion and representation” and address “anti-Asian hate crimes and discrimination which have become more prominent issues in recent years”.

“Biden and BTS will also discuss the importance of diversity and inclusion and BTS’ platform as youth ambassadors who spread a message of hope and positivity across the world,” the White House said in its statement.

The K-pop band, which has to global superstardom since debuting in Seoul in 2013, will arrive at the White House after performing at the United Nations in New York.

The group’s management, Big Hit Music, said the band was honoured to be invited to the White House.

Group leader and rapper Kim Nam-joon, known professionally as RM, shared the decision on the band’s online fan platform, Weverse, saying the meeting would be for a “good cause”.

The meeting coincides with the last day of Asian American and Native Hawaiian/Pacific Islander Month in May in the US.

The seven-member band, also known as the Bangtan Boys, has won a host of awards including the IFPI Global Recording Artist of the Year crown in February for the second straight year.

BTS became the most awarded group in the history of the Billboard Music Awards earlier this month. The group, comprising members RM, Jin, Suga, J-Hope, Jimin, V and Jungkook, has won a trophy at every BBMAs ceremony since 2017. The group also reecived it first Grammy nomination last year.

They also have something of a fanbase in the halls of Congress. When the visit was announced last week, senators Chris Coons and Maizie Hirono duked it out on Twitter over who was the biggest fan.

The group has in the past addressed the issue of rising crimes against Asians and other people of colour in the west. Two years ago, the band donated $1m to the Black Lives Matter foundation following the killing of George Floyd. The group also launched an anti-violence campaign called ‘Love myself’ along with Unicef in 2017.

According to Stop AAPI Hate, a nonprofit organisation in the US which tracks incidents of hate and discrimination, a total of 10,905 hate incidents were reported against Asian American and Pacific Islander persons between 19 March 2020 and 31 December 2021.

Earlier this month, a man was charged with allegedly shooting three women of Asian descent at a hair salon in Dallas. Authorities are investigating the incident as a potential hate crime.

Exact times NOT to travel this Bank Holiday weekend revealed

Tullow shareholders lose out as merger partner turns to new…