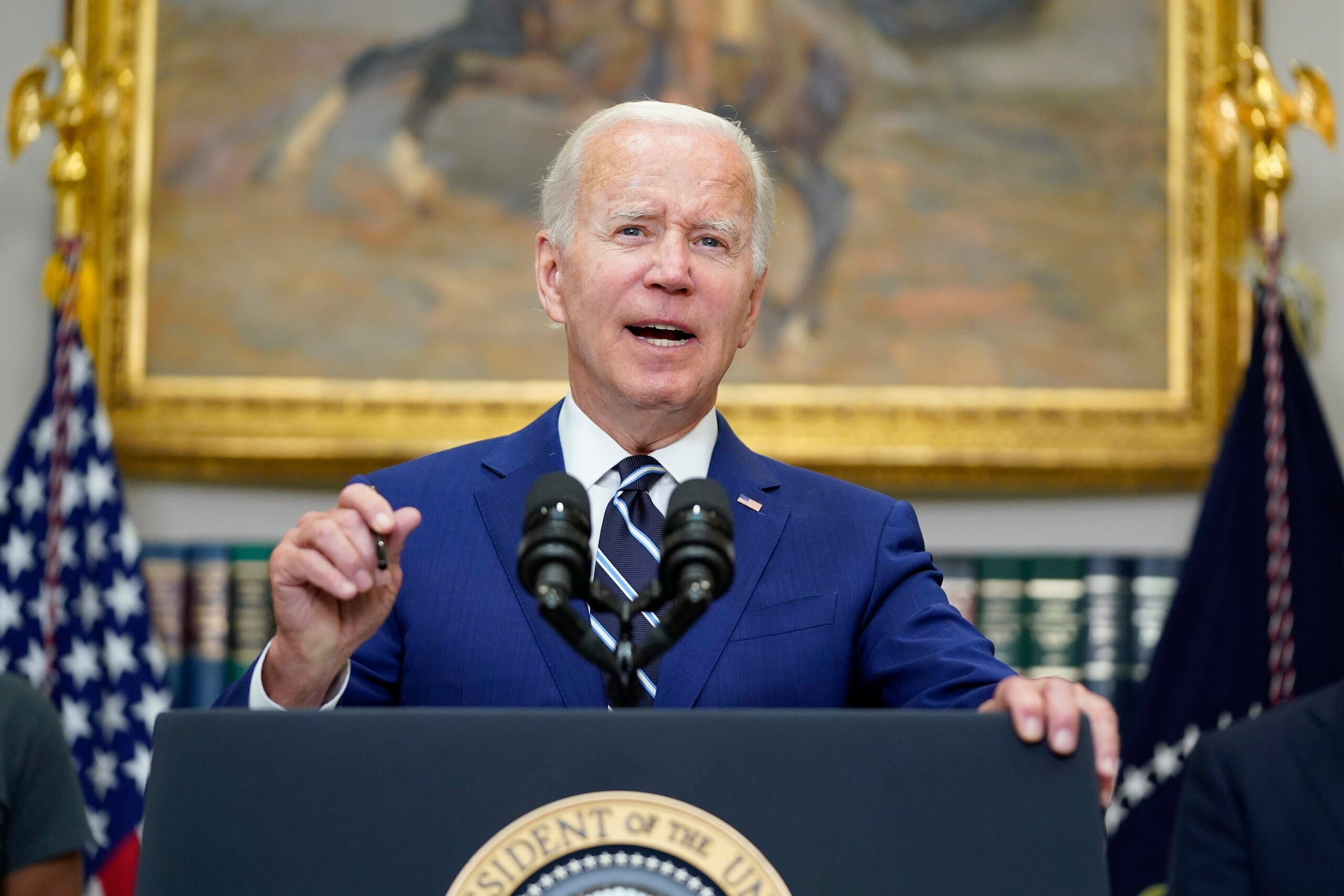 WASHINGTON (AP) — In a pointed back and forth, the head of Chevron complained Tuesday that President Joe Biden has vilified energy firms at a time when gasoline prices are at near record levels and the president responded that the oil company CEO was being “mildly sensitive.”

The president in recent weeks has criticized oil producers and refiners for maximizing profits and making “more money than God,” rather than increasing production in response to higher prices as the economy recovers from the pandemic and feels the effects of Russia’s invasion of Ukraine.

Michael Wirth, chairman and CEO of Chevron, sent Biden a letter via email on Tuesday that said the president’s own words have been self-defeating in terms of encouraging companies to boost their output.

Chevron is investing in more production, Wirth wrote, but “your Administration has largely sought to criticize, and at times vilify, our industry. These actions are not beneficial to meeting the challenges we face and are not what the American people deserve.”

The oil company CEO said he wanted a more cooperative relationship with the government.

“Let’s work together,” Wirth wrote. “The American people rightly expect our country’s leaders and industry to address the challenges they are facing in a serious and resolute manner.”

Asked about those comments, Biden displayed no sympathy.

“He’s mildly sensitive,” Biden said. “I didn’t know they get their feelings hurt that quickly. Look, we need more refining capacity. This idea that they don’t have oil to drill and to bring up, simply not true.”

Average gas prices are nearly $5 a gallon nationwide, a strain on commuters and a political albatross for Biden’s fellow Democrats going into the midterm elections. That has left the White House scrambling for solutions, including a possible suspension of the 18.4 cents a gallon federal gas tax .Biden plans to decide by the end of the week if the tax should be suspended, a move meant to relieve price pressures and that would need approval from a reluctant Congress.

The gas tax funds highways, but Biden said Tuesday any lost revenue would not have a major impact on road construction because of last year’s $1 trillion infrastructure law.

The clash between the Biden administration and oil producers and refiners unfolded ahead of a Thursday meeting that Energy Secretary Jennifer Granholm will hold with energy companies.

Both House Speaker Nancy Pelosi and Senate Republican Leader Mitch McConnell have previously voiced skepticism about the benefits of suspending the gas tax. But Rep. Adam Schiff, D-Calif., is sponsoring a bill that would put the gas tax on hold through the end of 2023.

Schiff said in a statement that he has been in touch with the White House to encourage the gas tax holiday, adding, “But we shouldn’t stop there. We should also hold Big Oil accountable for the price-gouging that is driving prices up in the first place.”

The House has approved legislation to crack down on alleged price gouging by oil companies, but the bill has stalled in the Senate. Democratic proposals to impose a “windfall profits” tax on oil producers have generated little support in Congress.

The possibility of a gas tax holiday has drawn criticism from economists and the business community for not fixing the underlying supply challenges.

In an address Tuesday at the Economic Club of New York, a non-profit, non-partisan business group, Target CEO Brian Cornell called the gas tax holiday a temporary “mini stimulus” that does nothing to fundamentally change the supply and demand curve for fuel and transportation.

“We have a classic supply-and-demand challenge,” Cornell told the audience. ”In all due respect, the gas holiday is only going to fuel demand. It’s doing nothing to increase the supply.”

“Refineries are even more constrained now so supply is nearly fully inelastic,” he wrote on Twitter. “Most of the 18.4 cent reduction would be pocketed by industry — with maybe a few cents passed on to consumers.”

White House press secretary Karine Jean-Pierre told reporters that the administration is looking into as many ways as possible to provide consumers with some relief at the gas pump. But the administration does not plan to tell Americans to drive less during the July 4 holiday and reduce some of the supply pressures.

“Americans are going to do what they feel is right for themselves and for their family,” Jean-Pierre said. “That’s not something for us to make a judgment on.”

AP reporters Matthew Daly in Washington and Anne D’Innocenzio in New York contributed to this report.