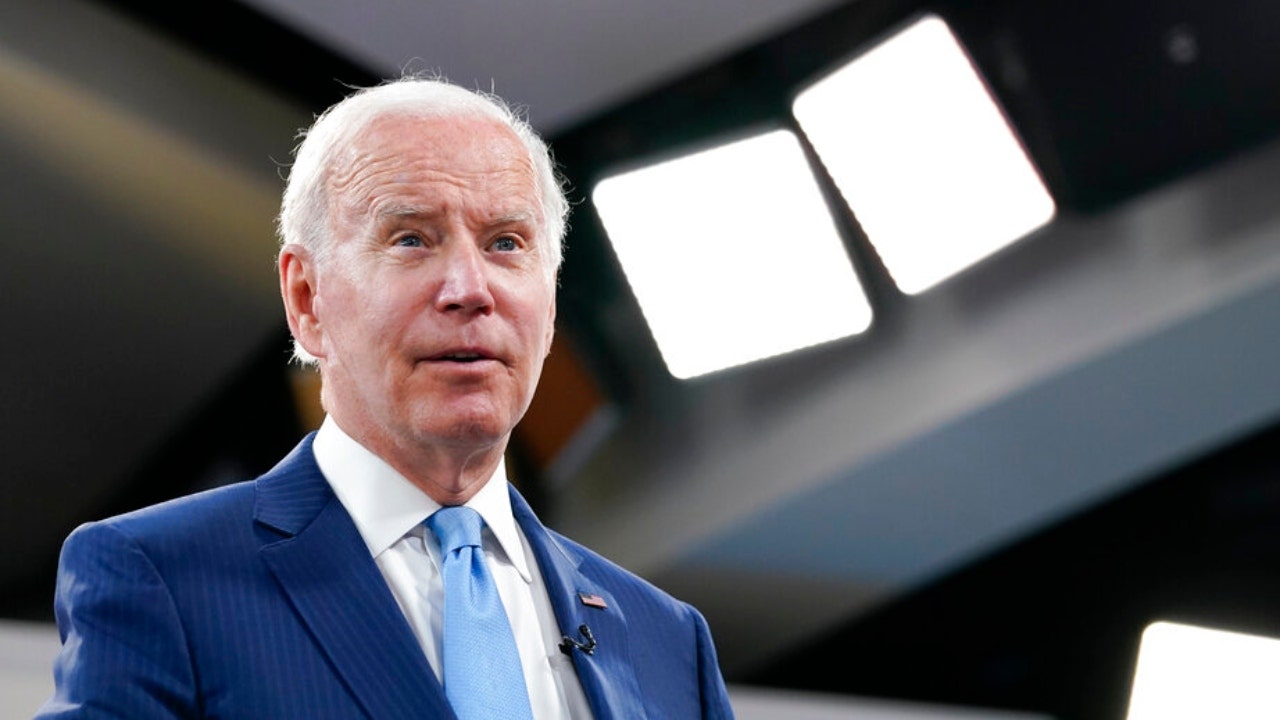 President Biden gave an address Thursday from the White House, lamenting the ongoing epidemic of gun violence and doubled down on his campaign to significantly tighten gun control laws.

However, the president is already far behind schedule on the issue. Biden had promised in his campaign to introduce gun control legislation on his “first day in office.”

“Innocent victims, murdered in a classroom that had been turned into a killing field,” Biden said in his Thursday address.

“Standing there in that small town, like so many other communities across America, I couldn’t help but think there are too many other schools, too many other everyday places that have become killing fields, battlefields, here in America.”

The president took a direct shot at gun-rights activists, noting the Second Amendment is “not absolute.” Biden specifically said he will pursue outlawing 9mm handguns.

“I respect the culture and the tradition and the concerns of lawful gun owners. At the same time, the Second Amendment, like all other rights, is not absolute,” the president said.

Biden called for changes to gun laws last month and expressed his heartbreak in an address to the nation following a mass shooting at an elementary school in Uvalde, Texas.

“To lose a child is like having a piece of your soul ripped away,” said Biden, who learned of the shooting at Robb Elementary School while on Air Force One returning from a trip to Asia. “There’s a hollowness in your chest, you feel like you’re being sucked into it, never able to get out. Suffocating. It’s never quite the same.”

“At both places, we spent hours with hundreds of family members who were broken and whose lives will never be the same,” he said. “And they had one message for all of us: Do something. Just do something. For God’s sake, do something.”

President Biden responds to questions from the media after meeting with baby formula manufacturers virtually from the South Court Auditorium at the White House complex in Washington, Wednesday, June 1, 2022.
(AP Photo/Susan Walsh)

Biden promised intense, immediate gun control reform during his campaign for president. In a speech on gun violence in Las Vegas, Biden made a series of lofty promises, all of which have fallen through.

“The glamorization of AR-15, assault weapons. What is the rationale encouraging people to buy a magazine that has 100 rounds – 100 bullets in it,” he said then. “In fact, my first day of office, I’m going to send a bill to Congress repealing the liability protection for gun manufacturers, closing the background check loopholes and waiting period that now let too many people slip through the cracks.”

President Biden gestures as he speaks about gun violence prevention in the Rose Garden at the White House April 8, 2021.
(AP Photo/Andrew Harnik)

The president, speaking Thursday from the Cross Hall of the White House, told Americans that the issue of restricting access to guns “is one of conscience and common sense.”

“For so many of you at home, I want to be very clear: This is not about taking away anyone’s guns,” the president said. “It is not about vilifying gun owners. In fact, we believe we should be treating responsible gun owners as an example of how every gun owner should behave.”