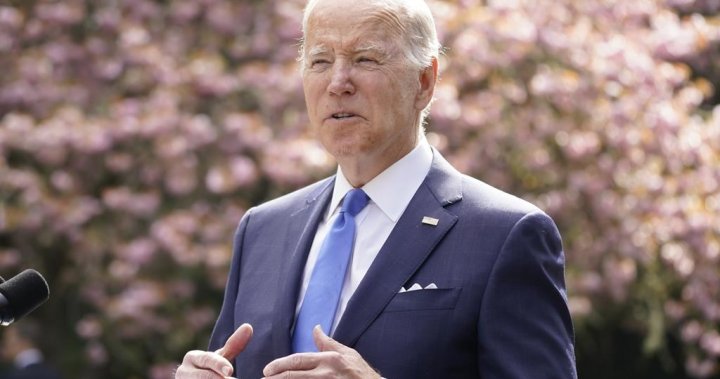 President Joe Biden on Sunday commemorated the 107th anniversary of the start of the Armenian genocide, issuing a statement in memory of the 1.5 million Armenians “who were deported, massacred or marched to their deaths in a campaign of extermination.”

The statement did not reference the Russian invasion of Ukraine, which Biden has called a genocide. Yet Biden used the anniversary to lay down a set of principles for foreign policy as the United States and its allies arm Ukrainians and impose sanctions on Russia.

“We renew our pledge to remain vigilant against the corrosive influence of hate in all its forms,” the president said. “We recommit ourselves to speaking out and stopping atrocities that leave lasting scars on the world.”

6:42
‘All hands on deck’ for Canada’s Ukraine response: Anand

In 1915, Ottoman officials arrested Armenian intellectuals and community leaders in Constantinople, now Istanbul. The Biden statement notes that this event on April 24 marked the beginning of the genocide.

Fulfilling a campaign promise, Biden used the term “genocide” for the first time during last year’s anniversary. Past White Houses had avoided that word for decades out of a concern that Turkey– a NATO member–could be offended.

Turkish officials were angered by Biden’s declaration a year ago, with the foreign ministry issuing a statement that said, “We reject and denounce in the strongest terms the statement of the President of the US regarding the events of 1915 made under the pressure of radical Armenian circles and anti-Turkey groups.”