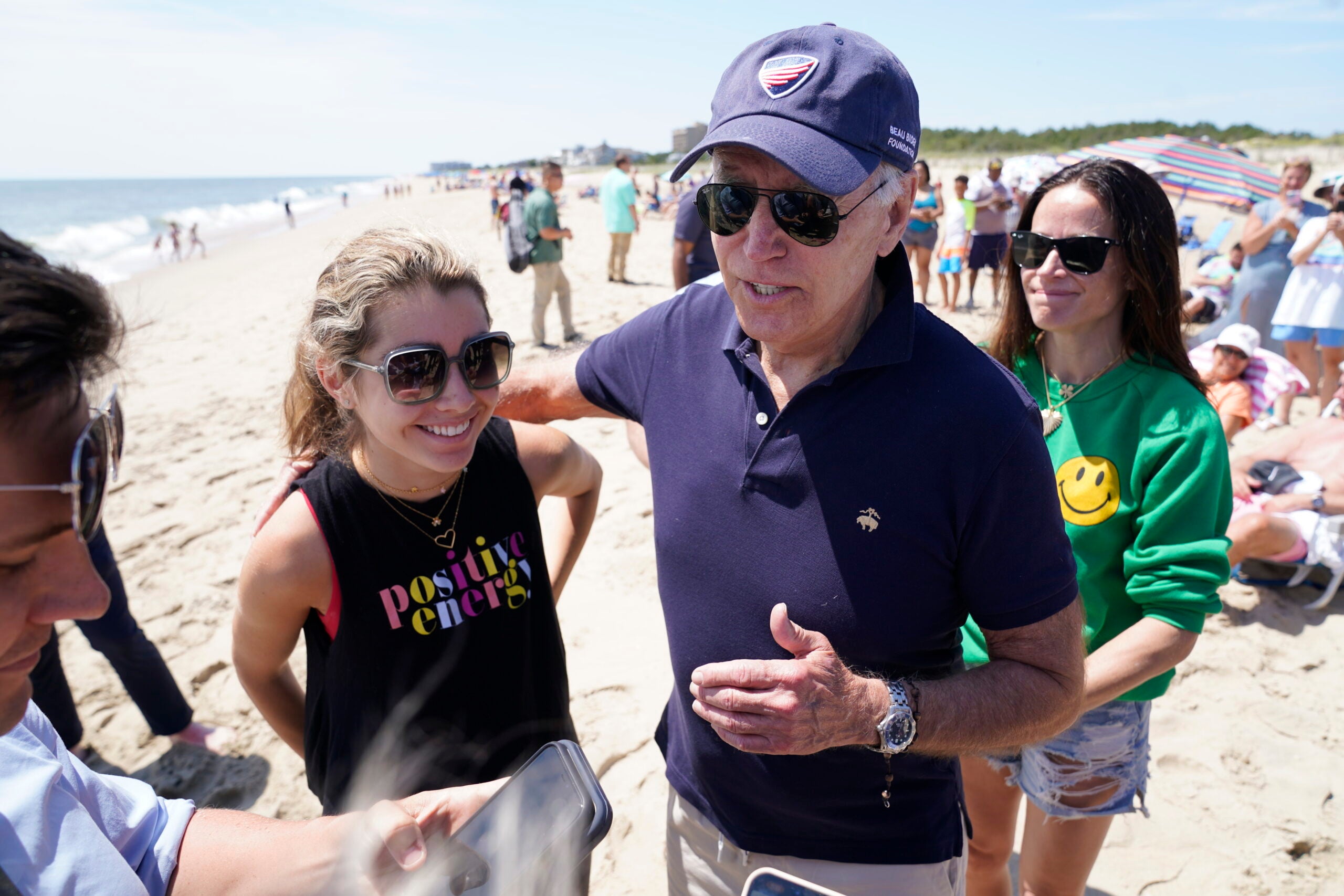 REHOBOTH BEACH, Del. (AP) — President Joe Biden said Monday that he will decide by the end of the week whether he would support a federal gasoline tax holiday, possibly saving U.S. consumers as much as 18.4 cents a gallon.

“Yes, I’m considering it,” Biden told reporters after taking a walk along the beach near his vacation home in Delaware. “I hope to have a decision based on the data — I’m looking for by the end of the week.”

The administration is increasingly looking for ways to spare the public from higher prices at the pump, which began to climb last year and surged after Russia invaded Ukraine in February. Gas prices nationwide are averaging just under $5 a gallon, according to AAA.

Biden said members of his team were to meet this week with CEOs of the major oil companies to discuss rising prices. Biden lashed out at oil companies, saying they are making excessive profits when people are feeling the crunch of skyrocketing costs at the pump and inflation. But Biden said he would not be meeting the oil executives himself.

“I want an explanation for why they aren’t refining more oil,” Biden said.

The Biden administration has already released oil from the U.S. strategic reserve and increased ethanol blending for the summer, in additional to sending a letter last week to oil refiners urging them to increase their refining capacity. Yet those efforts have yet to reduce price pressures meaningfully, such that the administration is now considering a gas tax holiday. Taxes on gasoline and diesel fuel help to pay for highways.

The Penn Wharton Budget Model released estimates Wednesday showing that consumers saved at the pump because of gas tax holidays in Connecticut, Georgia and Maryland. The majority of the savings went to consumers, instead of service stations and others in the energy sector.

Energy Secretary Jennifer Granholm in a Sunday interview on CNN’s “State of the Union” cautioned that “part of the challenge with the gas tax, of course, is that it funds the roads.”

“It’s been a substantial burden on American households and I think, while not perfect, it is something that should be under some consideration as a policy to address it,” Yellen said in Toronto at a joint press conference Monday with Canadian Deputy Prime Minister and Finance Minister Chrystia Freeland.

A gas tax holiday would likely face an uphill climb for Congressional approval. Democrats hold a a slim majority, and both Democratic House Speaker Nancy Pelosi and Senate Minority Leader Mitch McConnell have expressed skepticism in the past about such a move.

Oil refiners say their ability to produce additional gas and diesel fuel is limited, meaning that prices could remain high unless demand starts to wane.

The American Petroleum Institute and American Fuel & Petrochemical Manufacturers sent a joint letter to Biden on Wednesday that said refineries are operating near their maximum capacity already and nearly half of the capacity taken off line was due to the facilities converting to renewable fuel production.

“Today’s situation did not materialize overnight and will not be quickly solved,” the letter said. “To protect and foster U.S. energy security and refining capacity, we urge to you to take steps to encourage more domestic energy production,” including new infrastructure and reducing regulatory burdens.

Strolling on the beach with his daughter Ashley, granddaughter Naomi, and his granddaughter’s fiancé, Biden stopped frequently to chat with beachgoers who were spending the Juneteenth federal holiday at the beach.

He took a moment to offer assurances about inflation — the consumer-price index increased to a nearly 40-year high of 8.6% in May from the same month a year ago — and growing warnings from economists that a recession may be around the corner.

“We’re going to get though this, guys,” Biden told one group of beachgoers.

Last week, the Federal Reserve stepped up its drive to tame inflation by raising its key interest rate by three-quarters of a point — its largest increase in nearly three decades — and signaled more large rate increases to come.

Former Treasury Secretary Larry Summers told NBC’s “Meet the Press” on Sunday that in his estimation, “the dominant probability would be that by the end of next year we would be seeing a recession in the American economy.”

Biden said he spoke with Summers, who served as treasury secretary in the Clinton administration, on Monday morning.

“There’s nothing inevitable about a recession,” Biden said.

Why Elon Musk is being sued?