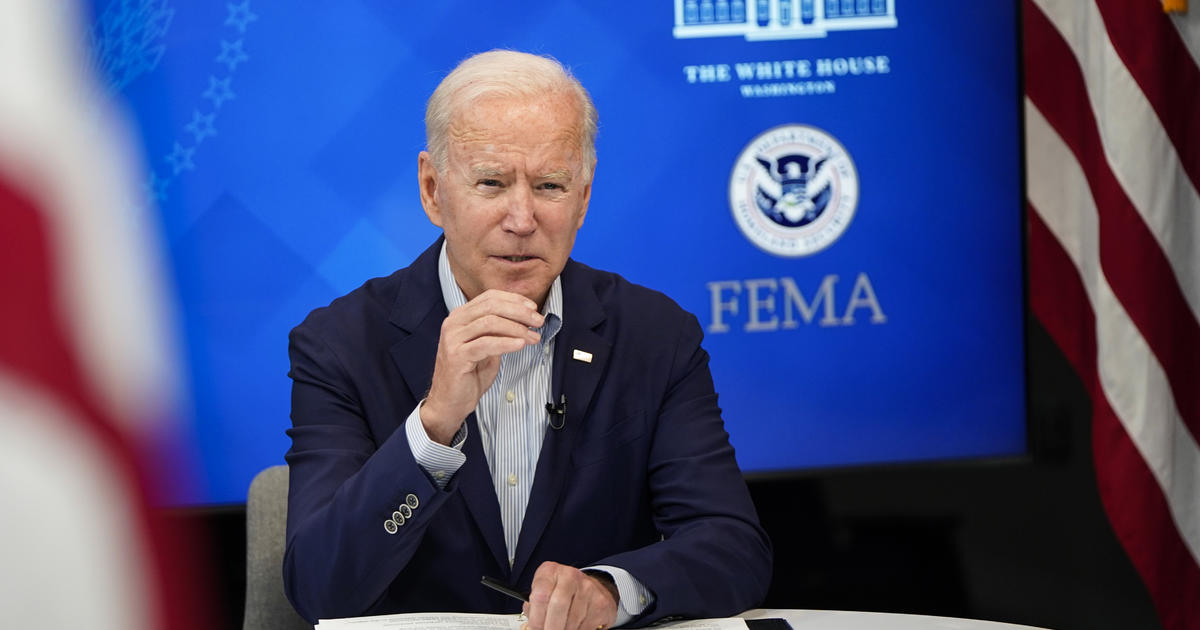 “This could be the deadliest hurricane in Florida’s history,” the president said in a somber tone at FEMA headquarters.

The storm is sending “catastrophic” flooding over the east-central areas of the state, the National Hurricane Center says, accompanied by storm surges and wind gusts that will spread across the southern states. Ian struck Florida’s western coast as a Category 4 storm, weakening as it progressed across land.

Earlier Thursday, the president approved a Florida Disaster Declaration, freeing up federal resources for the state. The major disaster declaration makes federal funds to Floridians in the counties of Charlotte, Collier, DeSoto, Hardee, Hillsborough, Lee, Manatee, Pinellas, and Sarasota, and can include assistance for temporary housing and home repairs, as well as things like low-cost loans for uninsured property loss. For the first 100 days, the federal government will cover all eligible assistance for debris removal and emergency protective measures.

On Thursday morning, Mr. Biden spoke with GOP Governor Ron DeSantis, who has been a harsh critic of Mr. Biden’s economic, immigration and COVID-19 policies, to discuss what the administration is doing to support Florida in the face of the storm. According to the White House, the president and governor “committed to continued close coordination.”

The FEMA administrator is heading to Florida this week to check on response efforts, and see where more aid is needed.

Nearly 200 shelters are open in the Sunshine State, and the Pentagon has more than 1,200 high-water vehicles and 25 watercraft supporting search and rescue operations, on top of U.S. Coast Guard rescue efforts.

Mr. Biden told FEMA workers they’re “doing a hell of a job” and “reinforcing people’s faith in the institutions.”

Ian has disrupted the regular schedule in Washington, where the House select panel investigating the Jan. 6, 2021 assault on the Capitol postponed its Wednesday hearing.

— Nicole Sganga contributed to this report

SCOTUS whistleblower admits incident in his book ‘possibly’ did not…