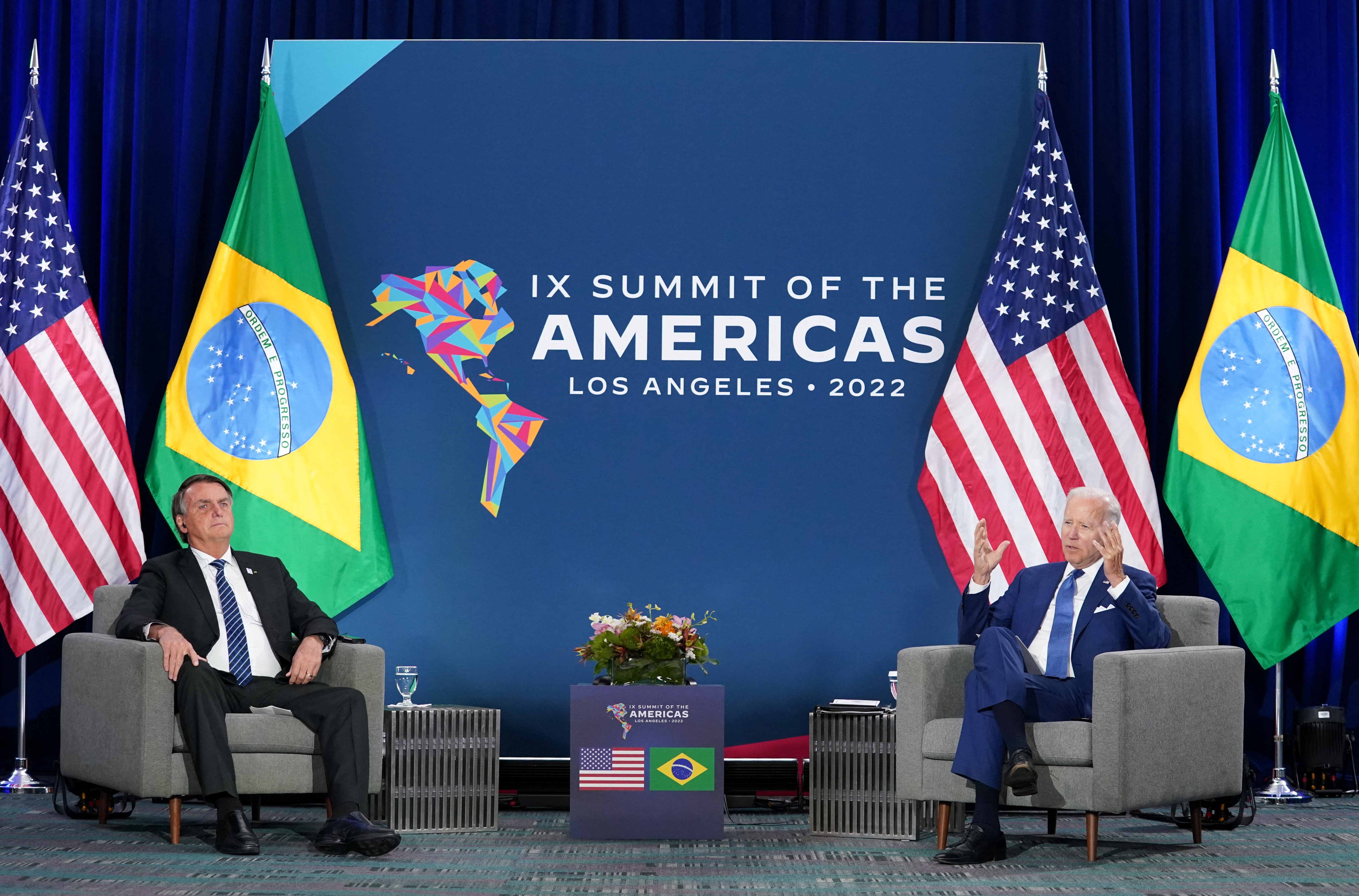 The Biden administration needs to create a comprehensive strategy to enrich and utilize the “unlimited” potential of Latin America or risk China and Russia reaping the benefits instead, according to experts.

“We have everything. We have the people, we have the resources and we have more democracies in this hemisphere than any other hemisphere.

“This is a lot we can do, but a lot of it matters in the private enterprise side equation,” Biden added, highlighting the “enormous ideas and opportunities” in South America.

COLOMBIAN PRESIDENT CALLS FOR ‘NO DICTATORS’ AT SUMMIT OF THE AMERICAS: CUBA, VENEZUELA REPORTEDLY EXCLUDED

Biden shared the stage with Brazilian President Jair Bolsonaro during the ninth Summit of the Americas. The conference, which aimed to demonstrate the strong friendship between the U.S. and Latin America, excluded Venezuela, Nicaragua and Cuba, while Mexican President Andrés Manuel López Obrador boycotted in response to the exclusions.

Latin America has increasingly taken focus as a surprise battleground between China and the U.S., with China investing more and more in countries across South and Central America.

House Foreign Affairs Committee Ranking Member Rep. Michael McCaul, R-Texas, this week warned that China poses a real threat of dominance in Central America, which he called “our own backyard.”

Carrie Filipetti, executive director of the Vandenberg Coalition and a former deputy special representative for Venezuela at the U.S. Department of State, argued that the White House has not backed up Biden’s talk.

U.S. President Biden speaks with Vice President Kamala Harris during the opening session at the Ninth Summit of the Americas in Los Angeles June 9, 2022.
(Reuters/Lauren Justice)

“If the current White House fails to develop a comprehensive, coherent policy toward the region — one that emphasizes the goals and aspirations of the Latin American and Caribbean people and establishes the United States as a partner of choice for trade — it will be China that benefits from the region’s growth,” Filipetti told Fox News Digital.

“The United States needs to be a part of the region’s development,” she added. “The fact that many leading nations in the hemisphere refuse to participate in the Summit of the Americas — and that the United States has refused to allow the participation of the legitimate government of Venezuela — shows how weak our relationships have become.”

The U.S. recognizes Juan Guaidó as the interim president of Venezuela, and while Guaidó was not at the event, he and Biden spoke by phone Wednesday.

China’s interest in Latin America developed as part of its long-running Belt and Road Initiative (BRI) through which Beijing ties itself closer to various countries across the world by investing in infrastructure, shipping and energy projects.

President Joe Biden speaks during the inaugural ceremony of the Summit of the Americas, Wednesday, June 8, 2022, in Los Angeles.
(AP Photo/Evan Vucci)

McCaul referred to the BRI as a “debt trap,” and many have seen the project as putting the U.S. at a disadvantage.

But developing closer ties to some countries in Latin America presents a complex situation as some of the more developed and potentially prosperous nations remain under problematic leadership.

Another potential problem for the U.S., and a boon for China and Russia, is the continent’s shift to the left. In just a few days, Colombia could elect it’s first-ever leftist president in Gustavo Petro. Colombia would join a growing list of countries that have elected center and hard-left leaders. That list includes Argentina, Mexico, Chile and Peru.

“Let us start by calling things as they are,” Roberto Salinas-Leon, director for the Center for Latin America at the Atlas Network, told Fox News Digital. “Maduro in Venezuela is openly allied with narco-criminals; Ortega in Nicaragua jails and tortures opposition, like our good friend and hero Felix Madariaga, to perpetuate his power and privilege; Diaz Canel (Cuba), please … a perfect example of Orwell’s dilemma in ‘Animal Farm’ — all animals are equal, but some animals are more equal than others.

Following the conclusion of the Summit of the Americas, officials said the U.S. will hold initial consultations with partners in the hemisphere and stakeholders about reinvigorating regional economic institutions, making more resilient supply chains, creating clean energy jobs, ensuring sustainable and inclusive trade and more.

Mexico’s Obrador said he would visit the president in Washington, D.C., in July to discuss immigration and push for U.S. investment in Central America to help address the root causes of migration.

Peter Aitken is a Fox News Digital reporter with a focus on national and global news.

Greenlit East Boston substation has environmental advocates up in arms