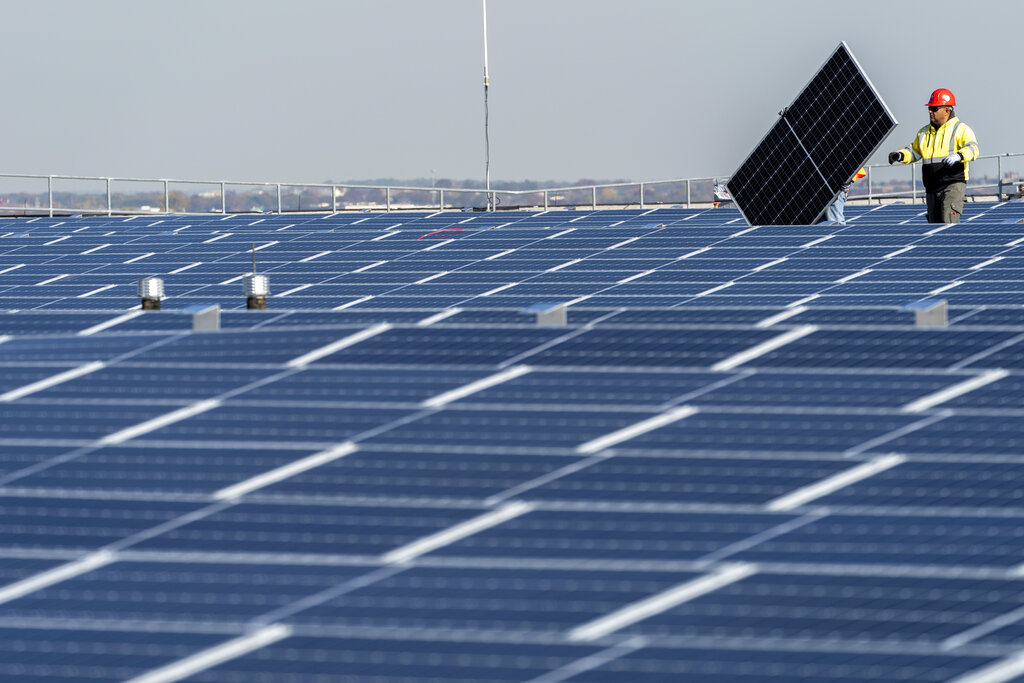 WASHINGTON — President Biden ordered emergency measures Monday to increase U.S. manufacturing of solar panels and declared a two-year tariff exemption on panels from Southeast Asia as he attempted to jump-start an industry key to his climate change-fighting goals.

Invoking the Defense Production Act and other executive actions, Biden’s move comes amid complaints by industry groups that the solar sector is being slowed by supply chain problems due to an ongoing Commerce Department inquiry into possible trade violations involving Chinese products.

The Commerce Department announced in March that it was scrutinizing imports of solar panels from Thailand, Vietnam, Malaysia and Cambodia, concerned that products from those countries are skirting U.S. anti-dumping rules that limit imports from China.

They called the tariff suspension affecting imports from Thailand, Vietnam, Malaysia and Cambodia a bridge measure while other efforts increase domestic solar power production — even as the administration remains supportive of U.S. trade laws and the Commerce Department investigation.

The Commerce Department has defended its investigation. Secretary Gina Raimondo told a Senate panel in May that the solar inquiry is following a process set by law that doesn’t allow consideration of climate change, supply chains or other factors.

Still, clean energy leaders have been warning since then that the investigation — which could result in retroactive tariffs of up to 240% — would severely hinder the U.S. solar industry, leading to thousands of layoffs and imperiling up to 80% of planned solar projects around the country.

“The president’s announcement will rejuvenate the construction and domestic manufacturing of solar power by restoring predictability and business certainty that the Department of Commerce’s flawed inquiry has disrupted,” Heather Zichal, CEO of the American Clean Power Association and a former Obama administration official, said in a statement Monday.

But the moves drew sharp criticism from major solar panel manufacturer First Solar Inc., which said freezing tariffs grants “unfettered access to China’s state-subsidized solar companies for the next two years” and that using the Defense Production Act is “an ineffective use of taxpayer dollars and falls well short of a durable solar industrial policy.”

“The administration cannot stick a Band-Aid on the issue and hope that it goes away,” Samantha Sloan, the company’s vice president of policy, said in a statement.

Everything we know about Street Fighter 6

I was one of the world’s fattest women at 700lbs…