Biden will call for federal gas tax suspension, urges states to do the same 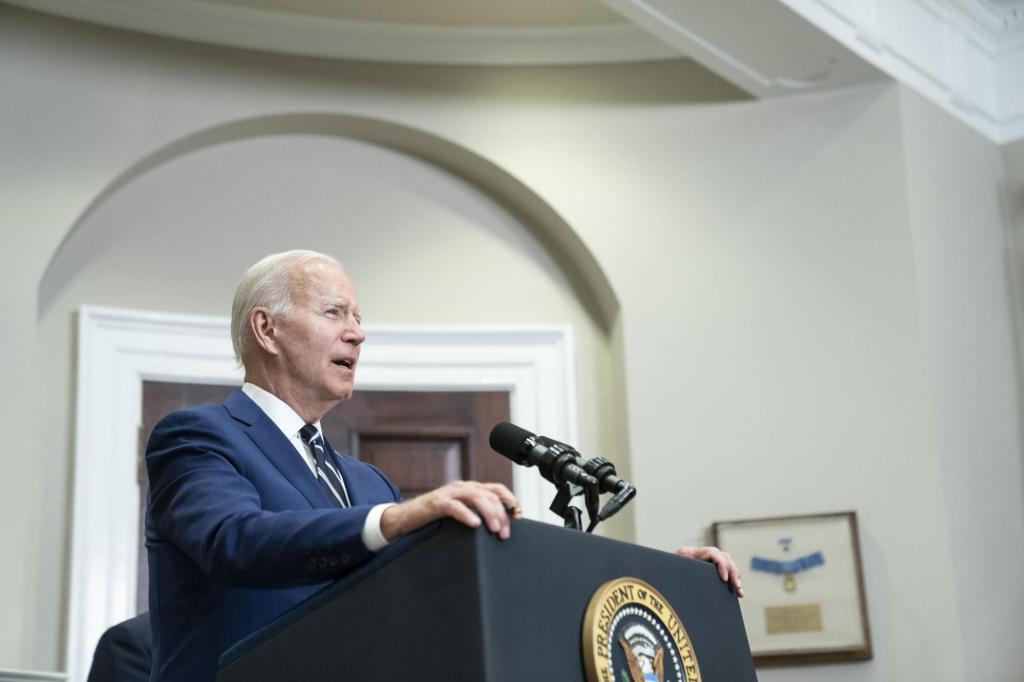 President Joe Biden on Wednesday called on Congress to suspend federal gasoline and diesel taxes until the end of September, framing the move as necessary to provide relief to American consumers but itself not enough to resolve the problem of surging energy prices.

“By suspending the 18-cent gas tax, federal gas tax for the next 90 days, we can bring down the price of gas and give families just a little bit of relief,” Biden said in a speech from the White House.

The President said, “I fully understand that a gas tax holiday alone is not going to fix the problem, but it will provide families some immediate relief, just a little bit of breathing room as we continue working to bring down prices for the long haul.”

The idea faces long odds of getting Congress to approve such a move after facing blowback from the President’s own allies on Capitol Hill.

Biden also called on states to take steps removing their own taxes on gas and diesel. And he’ll tell oil refining companies to increase their capacity ahead of their planned meeting this week with administration officials.

Combined, Biden claimed, the moves could reduce the price per gallon of gas by $1. Yet that figure relies on a number of steps entirely out of the President’s control — not least of which is convincing a skeptical Congress to approve his plan.

The steps amount to Biden’s latest attempt to show he’s taking initiative in reducing fuel prices as Americans grow more frustrated by the financial burden. White House officials had been considering a gas tax holiday for months, but held off until now in part because of concerns at how it might be received in Congress.

Republicans widely oppose lifting the gax tax. Even some Democrats, including House Speaker Nancy Pelosi, have been cool on the idea. And in the past, senior Democrats — including President Barack Obama on the campaign trail in 2008 — have cast a gas tax holiday as a “gimmick.”

Yet facing growing anger and the start of the summer driving season, Biden determined that even small steps bordering on symbolic are worth taking.

“In the conditions that we are in today, that’s not a gimmick, that’s a little bit of breathing room for the American people as we get into the summer driving season,” said Amos Hochstein, senior adviser for energy security at the State Department, in an interview on CNN’s “New Day” Wednesday morning.

Even some Democrats have cast doubt previously on a gas tax holiday, noting that the tax provides an important source of funding for road construction. Officials said Biden would call for using other revenue sources to make up for the shortfall, and he worked to allay some of those concerns on Tuesday.

“Look, it will have some impact, but it’s not going to have an impact on major road construction and major repairs,” he told reporters.

Some economists also say that the savings passed along to consumers could be minimal as retailers simply raise the base price of gas to make up the difference.

“Whatever you thought of the merits of a gas tax holiday in February, it is a worse idea now,” Jason Furman, a senior economic official in Obama’s administration, wrote on Twitter. “Refineries are even more constrained now so supply is nearly fully inelastic. Most of the 18.4 cent reduction would be pocketed by industry — with maybe a few cents passed on to consumers.”

Senior administration officials have acknowledged that criticism, but said Biden would pressure companies to pass along the savings.

“The President is calling and demanding that the industry, the companies and the retailers, pass that on to the consumer at the pump,” Hochstein said, without detailing anything specific the President could do to ensure consumers saw the entirety of the savings.

“We would scrutinize it and we would call on the industry to do exactly that, to pass it on,” he said.

Another official, speaking ahead of the announcement, acknowledged that simply suspending the tax “isn’t going to solve the whole problem.”

“It is something that can be done to take a real step to relieve some of that pain at the pump, and we see it as part of a suite of policies that are designed to provide that relief, including policies that focus on the supply side,” the official said.

Yet even there, quick action seems difficult. Refining capacity that was cut during the Covid-19 pandemic would take months to get back online, and refineries now are running at nearly 90% of their capacity.

“We’re certainly approaching it in constructive, actionable, pragmatic ways. I again think the American people would want their leaders to do so,” a second senior administration official said, noting Thursday’s meeting with seven top executives and Energy Secretary Jennifer Granholm.

The President has turned up the heat on oil and gas companies in recent weeks as gas prices have shot up, with the national average climbing above $5 per gallon at one point last week.

Biden has made Russia’s war in Ukraine his top scapegoat for climbing gas prices but has also called out oil and gas companies, saying they aren’t doing enough to bring down costs and accusing them of profiting off the war. He repeated some of those arguments on Tuesday, saying the country needs “more refining capacity.”

“This idea that they don’t have oil to drill and to bring up is simply not true,” he said.

In response to the President’s criticisms, the oil industry has largely said that it is the Biden administration’s fault that prices are so high because of what they perceive as limits on domestic oil and gas production.

Chevron CEO Mike Worth said in a letter on Tuesday that Biden should stop criticizing the oil and gas industry and called for a “change in approach” from the White House.

“Your Administration has largely sought to criticize, and at times vilify, our industry,” Worth wrote in an open letter to Biden. “These actions are not beneficial to meeting the challenges we face and are not what the American people deserve.”

Biden responded later in the day: “He’s mildly sensitive,” adding: “I didn’t know they’d get their feelings hurt that quickly.”