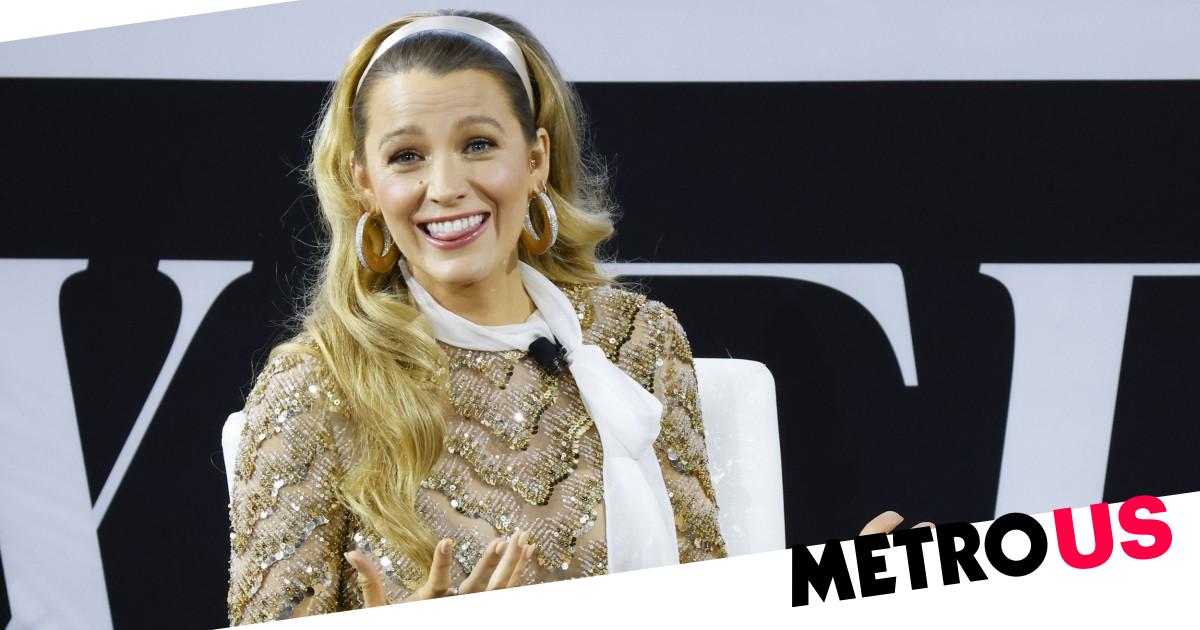 Blake Lively has revealed her blossoming baby bump in gym gear while joking that her workout regimen wasn’t quite getting her the results she wanted.

The Gossip Girl star, who is expecting her fourth child with husband Ryan Reynolds, 46, took to Instagram on Monday night, where she showed off two side-by-side pictures.

In both she was pulling the same pose, with her hand on her hip and leg bent at the knee, leaning on personal trainer Don Saladino.

However, the first was a photo of the 35-year-old before her pregnancy, while in the second the star’s outfit of tracksuit bottoms and a crop top revealed her growing baby bump.

‘Been doing @donsaladino ‘s workout programme for months now. Something isn’t working,’ she joked in the caption.

Her followers were cracking up in the comments, with one pointing out that she was ‘on the Ryan Reynolds diet’.

The couple, who tied the knot in 2012, confirmed their exciting news back in September when Blake debuted her growing bump in a sequin-embellished mini-dress at the Forbes Power Women’s Summit in New York.

They are already parents to daughters: James, eight; Inez, six; and three-year-old Betty.

However, the stars prefer to keep their private lives firmly behind closed doors and shortly after the news broke about their expanding family, Blake shared some photos of herself pregnant in ‘real life’ in a bid to deter photographers hanging out nearby their home.

The actress said this was to encourage the paparazzi outside her house to leave her alone, as it freaks her and her kids out to see ‘11 guys’ outside.

Deadpool star Ryan revealed in November that he is ‘kind of hoping’ their fourth baby is another girl.

Speaking to US media outlet the Today show, the Welcome to Wrexham star opened up a bit on his excitement to become a father again in a rare move.

Ryan also joked that, as the youngest of three boys himself, he knows what boys are like, saying his siblings ‘were just arsonists and firemen’ and he loves ‘my well-being and my home.’

The parents won’t learn the sex of their new arrival until they’re born, with Ryan confirming they ‘never’ choose to find out and like to be surprised.

The Hollywood couple, who met while working on The Green Lantern together in 2010, are among a whole swathe of celebrities expecting new arrivals this year, including Love Island’s Molly-Mae Hague and Tommy Fury, Flight Attendant star Kaley Cuoco and Tom Pelphrey, Chrissie Teigen and John Legend, and Strictly couple Stacey Dooley and Kevin Clifton, who found love on the show.


MORE : Jennifer Lopez shares gorgeous unseen wedding photos with Ben Affleck and celebrates ‘one of the best years yet’

Prince Harry: ‘I want my father and brother back. But I want a family, not an institution’