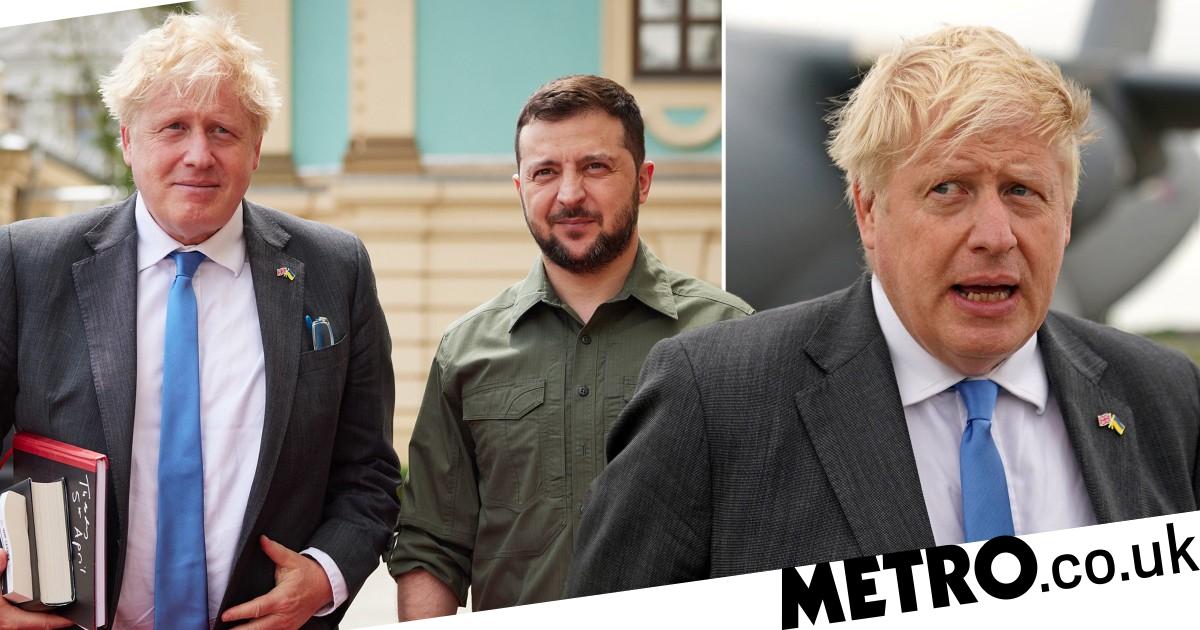 Downing Street has been accused of announcing phone calls between Boris Johnson and Volodymyr Zelensky to distract from scandals – as the PM was also criticised for skipping a ‘red wall’ rally on Friday to visit Kyiv.

But announcements of their phone calls coincided with woes for the PM, analysis by Jane Merrick, of the i newspaper, suggested. No 10 called suggestions of deliberate timing ‘categorically untrue’.

It came as Mr Johnson was branded a ‘chicken Kyiv’ by some for missing a summit in Doncaster for Ukraine, according to a Tory MP who came to his defence.

Jake Berry, the Northern Research Group chair, told Times Radio: ‘Some of my colleagues were quite angry he didn’t come, but I don’t accept this sort of premise that it was a chicken run to Kyiv, running away from northern voters as a sort of living embodiment of the chicken Kyiv.

‘I simply don’t accept that as a premise. He’s made great progress.’

Mr Johnson’s conversations with his Ukrainian counterpart came at ‘potentially dangerous moments’ for the government, reported the i.

One phone call was announced the day the chancellor discussed the costs crisis in his spring statement – and another after David Warburton was suspended from the Tory party amid harassment and drugs allegations. He denies wrongdoing.

Downing Street revealed more talks the day Mr Johnson was fined over ­Partygate, and when the UN criticised the Rwanda deportation plan.

Another synced with May’s local elections, and one was announced three hours after it was revealed the PM faced a confidence vote.

No 10 said: ‘The timings for these calls are mutually agreed and understandably often dependent on president Zelensky’s availability. Any suggestion otherwise is ludicrous.’

Ezra Miller Reportedly Out As Barry Allen After ‘The Flash,’ Regardless Of What Happens Next

SNL creator Lorne Michaels to be honoured at PEN America…