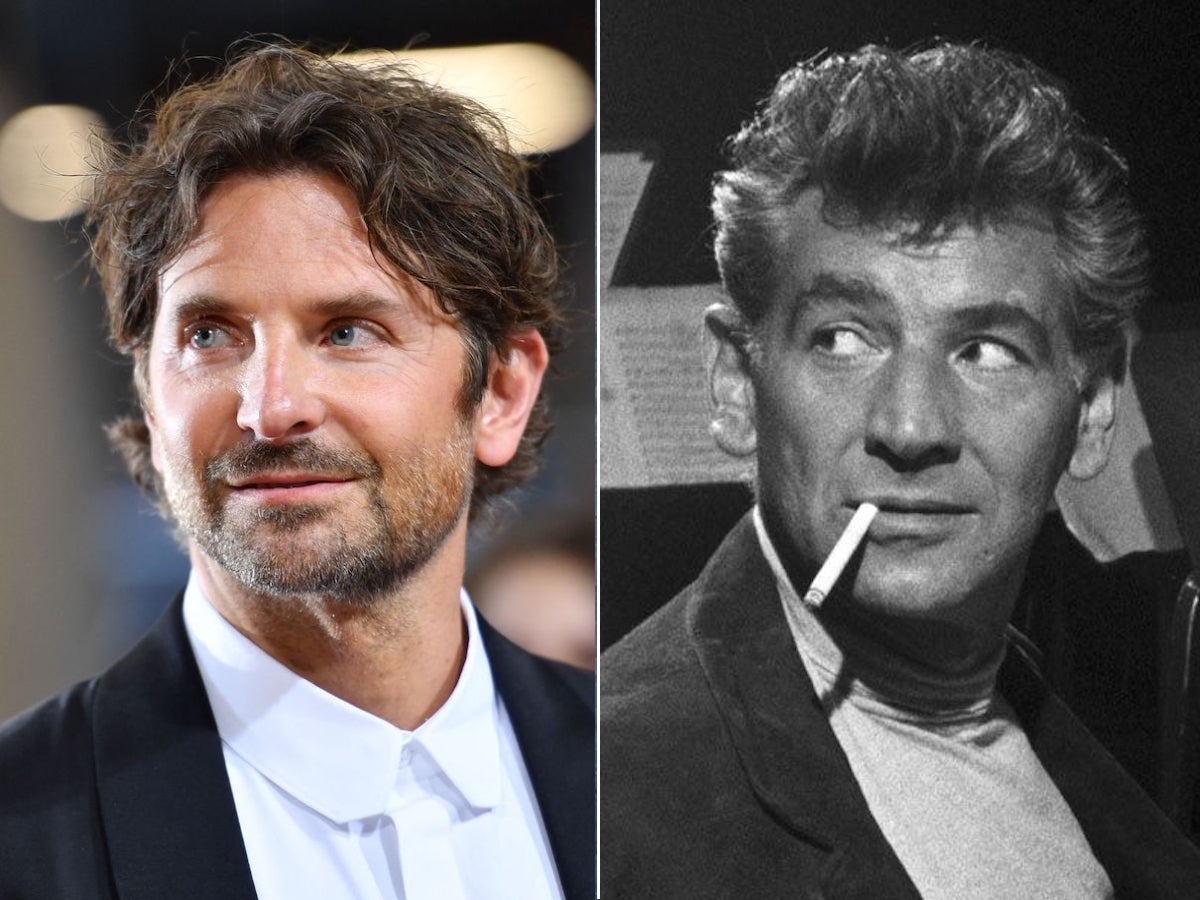 In preview images posted Monday by Netflix, Cooper can be seen playing both younger and older versions of Bernstein.

As a younger Bernstein, Cooper looks more like himself, interacting in black-and-white photos with co-star Carey Mulligan (“Promising Young Woman”).

As an older Bernstein, however, Cooper is nearly unrecognizable.

Though the company did not specify where the photos were taken, “Maestro” spent last week filming at Tanglewood, the Western Massachusetts music venue that has been the summer home of the Boston Symphony Orchestra since 1937. Tanglewood was home to some of the most transformative moments in Bernstein’s career.

The “West Side Story” composer studied conducting under BSO music director Serge Koussevitzky in the 1940s, later becoming his mentor’s conducting assistant. He conducted his first opera there in 1946, and took over as the head of the orchestra following Koussevitzky’s death in 1951.

Throughout his life, Bernstein returned to Tanglewood on a yearly basis for five decades to teach a new generation of students at the Tanglewood Musical Center.

According to Cooper, he has held a long fascination with conductors and classical music.

“I wanted to be a conductor since I was a kid,” Cooper told actor Mahershala Ali in a Variety video. “I was obsessed with it, asked Santa Claus for a baton when I was 8. Listening to music, falling in love with it and being able to really know every single moment of a piece, like Tchaikovsky’s ‘Opus 35’ in D major, this violin concerto. I could do it as if I know everything about it without really being able to speak the language, obviously.”

In the same conversation, Cooper told Ali that he managed to convince original director Steven Spielberg to let him write, direct, and star in “Maestro,” which is likely to be released in 2023.

“Steven has a lot of interests — he’ll just choose one thing and all of the other things will be on hold. I think he knew he wasn’t going to make that movie for a while,” Cooper said. “He was kind enough to hand it off to me, and that’s what I’ve been doing for the last four and a half years, and we start shooting in May.”