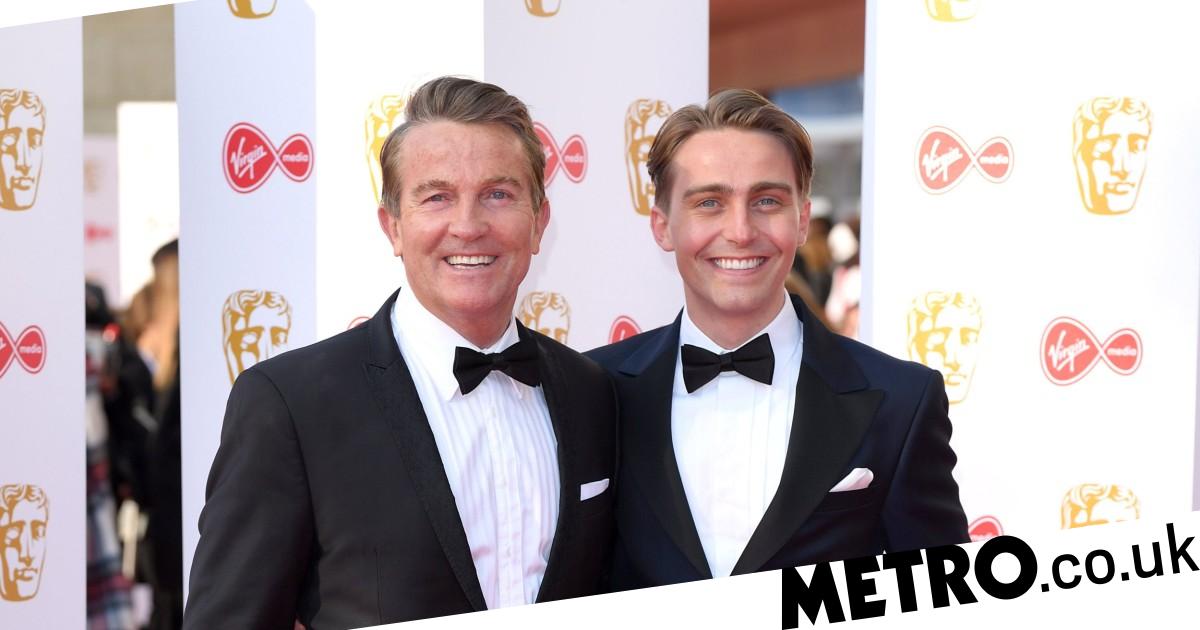 Bradley Walsh and his son Barney Walsh are reportedly set to host the Gladiators reboot.

The original series of Gladiators hit our television screens in 1992 and was broadcast on ITV, lasting for eight seasons until 2000.

Now, Gladiators is set to make its comeback on BBC, and father and son duo Bradley and Barney are rumoured to be presenting it.

‘The BBC love the idea of having a unique duo fronting Gladiators and that’s what hiring a father and son gives them,’ a source revealed.

‘It’s certainly a break from the presenters the show had previously.’

The insider continued to The Sun: ‘They already know they have a great dynamic, thanks to appearing together on their travelogue, Breaking Dad as well as drama, The Larkins.’

The Gladiators revival was recently confirmed to launch on BBC, with Kate Phillips, the BBC’s Head of Unscripted, saying: ‘Gladiators is back, and a whole new generation of viewers can now look forward to watching a Saturday night spectacle like no other.

‘Will the contenders have the will and the skill to succeed against our mighty new Gladiators? You’ll have to tune in to find out!’

The original Saturday night classic was presented by Ulrika Johnson, alongside John Fashanu and Jeremy Guscott.

The programme saw athletic TV fans battle as Contenders against the show’s mighty Gladiators, in events that test their speed, skill, stamina and strength.

Each week, four public members competed in gruelling trials against a colourful cast of professional bodybuilders and gymnasts.

The ITV series became quite the live TV event and attracted over 14 million viewers at its peak between 1992 and 2000.

In 2008, Gladiators was later revived on Sky One for two series, including three special episodes that pitted the new Gladiators against the original Gladiator Legends.

The show has enjoyed various spin-offs, in countries such as Australia, the USA, Finland and South Africa.

The BBC declined to comment when approached by Metro.co.uk.


MORE : Gladiators star Ace thought he’d be the next Arnold Schwarzenegger before ‘dabbling with steroids’ and booze: ‘My destructive choices started killing me’


MORE : Gladiators’ Kim ‘Lightning’ Betts doubts ‘games will be as exciting’ in BBC reboot: ‘It was the danger that excited people’