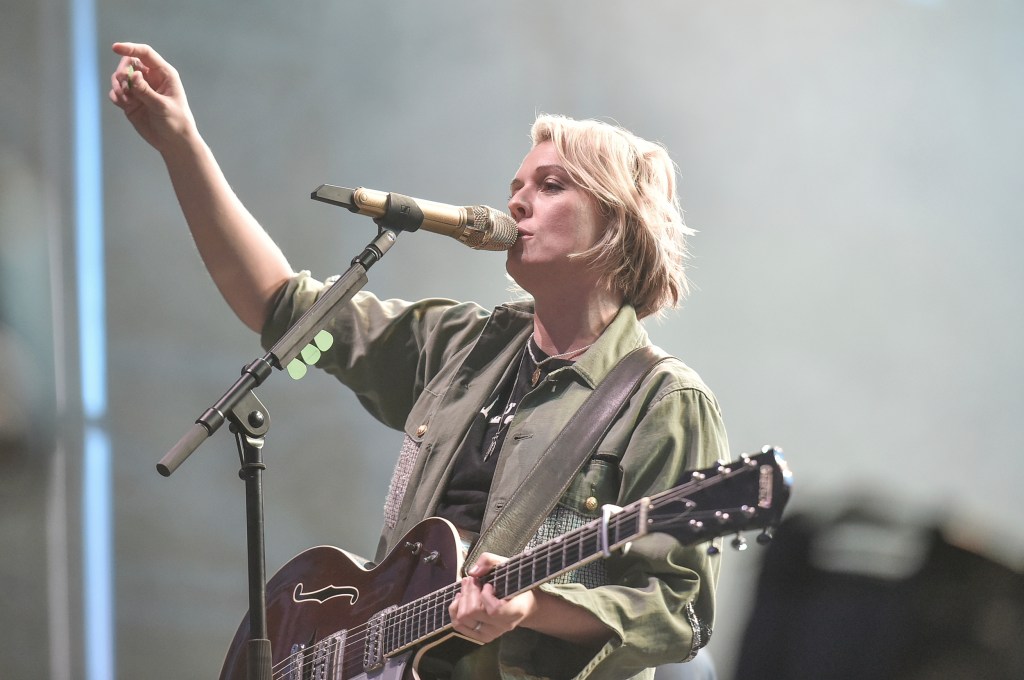 Gov.-Elect Maura Healey said Carlile was the “perfect” entertainer to headline her inaugural ball on Thursday, saying that the singer-songwriter’s music “spans genres and explores themes of women’s empowerment, LGBTQ+ history and the joy of community.”

“I’ve been a fan of Brandi’s music for a long time, and it is so special that she will be a part of our inauguration,” Healey, the first woman elected governor of Massachusetts and the first lesbain governor in the country, said in a statement. “I can’t think of a more perfect musician to bring us together for this celebration.”

Carlile has released seven studio albums. Her most recent, “In These Silent Days,” is nominated for seven Grammy Awards this year, including the coveted “record” and “album of the year” categories.

She married her wife, Catherine, in Massachusetts. They live in Maple Valley, Washington with their two daughters, Evangeline and Elijah.

Carlile said she was “thrilled to be honoring two barrier-breaking women” in Healey and Lt. Gov-Elect Kim Driscoll, who will serve as the state’s first all-women leadership team.

“As forces across this country try to sow division and anger, it fills me with hope to see women like them lead us forward with positivity and empathy,” Carlile said in a statement. “Their victories were decades in the making, and we know there is more work ahead, but now is the time to pause and celebrate this historic moment.”

In addition to her solo work, Carlile is a founding member of The Highwomen, an American country music supergroup that also includes Natalie Hemby, Maren Morris and Amanda Shires.

Along with her bandmates and longtime collaborators, Phil and Tim Hanseroth, Carlile is the founder of the Looking Out Foundation, “which amplifies the impact of music by empowering those without a voice,” and, to date, has raised more than $3 million for grassroots causes, according to the Healey-Driscoll Inaugural Committee.

The “Moving the Ball Forward” inaugural celebration will be held Thursday at TD Garden. Doors will open at 5 p.m. and the program, emceed by Eddie Palladino, will begin at 6.

Tickets can be accessed at healeydriscollinaugural.com/tickets.

South Korea: Talks with U.S. on management of nukes underway