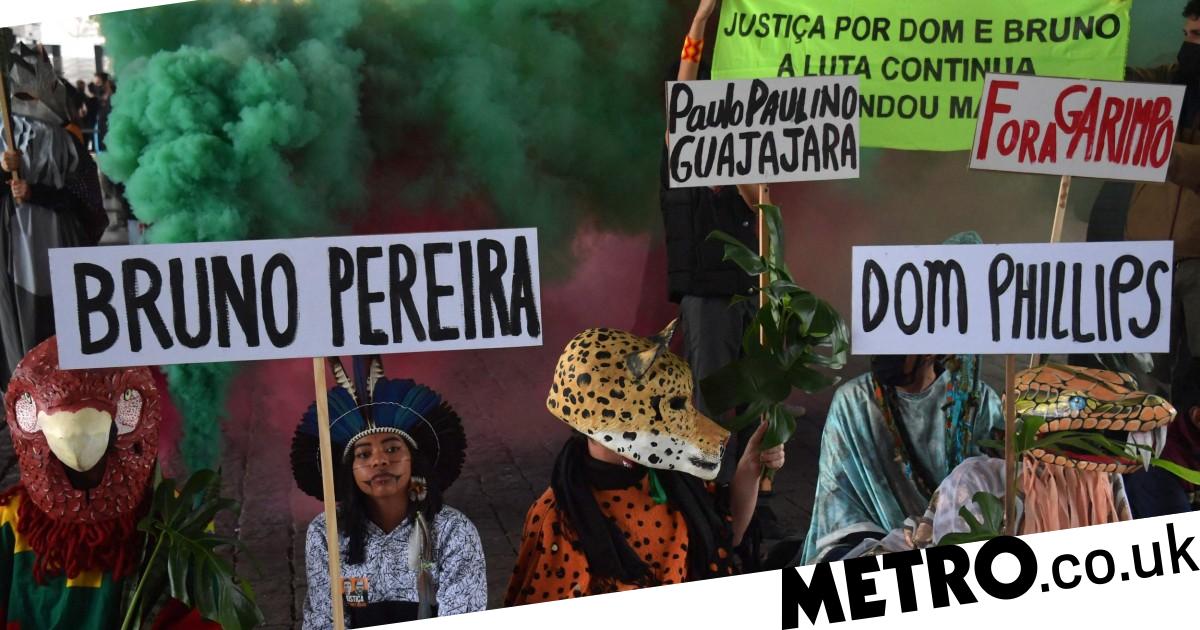 Three men have already been arrested on suspicion of murdering the pair in the Amazon Rainforest.

The case has sparked international outrage, with tributes pouring in for the duo and their work on environmental and indigenous issues.

Brazilian federal police alleged on Sunday that five more suspects helped hide the bodies of Mr Phillips, who worked for The Guardian among others, and his friend Mr Pereira.

The police did not name the new suspects, adding in a short statement that ongoing investigations aim to ‘clarify all the circumstances, motives and those involved in the case’.

A search party eventually found the bodies after being told where they were located.

Freelance reporter Mr Phillips, 57, was researching a book with the help of Mr Pereira, 41, who was a former head of isolated and recently contacted tribes with the federal indigenous affairs agency Funai.

The pair were initially reported missing on June 5 after traveling together by boat through the Javari Valley, a remote region bordering Peru and Colombia.

Police say both were shot with hunting ammunition and found in a remote part of the Rainforest.

Mr Phillips’ family have said they are ‘heartbroken’ at the incident.

In a statement following the discovery of the bodies, his wife Alessandra Sampaio added: ‘Now we can bring them home and say goodbye with love.

‘Today, we also begin our quest for justice. I hope that the investigations exhaust all possibilities and bring definitive answers on all relevant details as soon as possible.’

Tensions have been mounting in Brazil about far-right President Jair Bolsonaro’s approach to the climate crisis and over rising violence, particularly on native land.