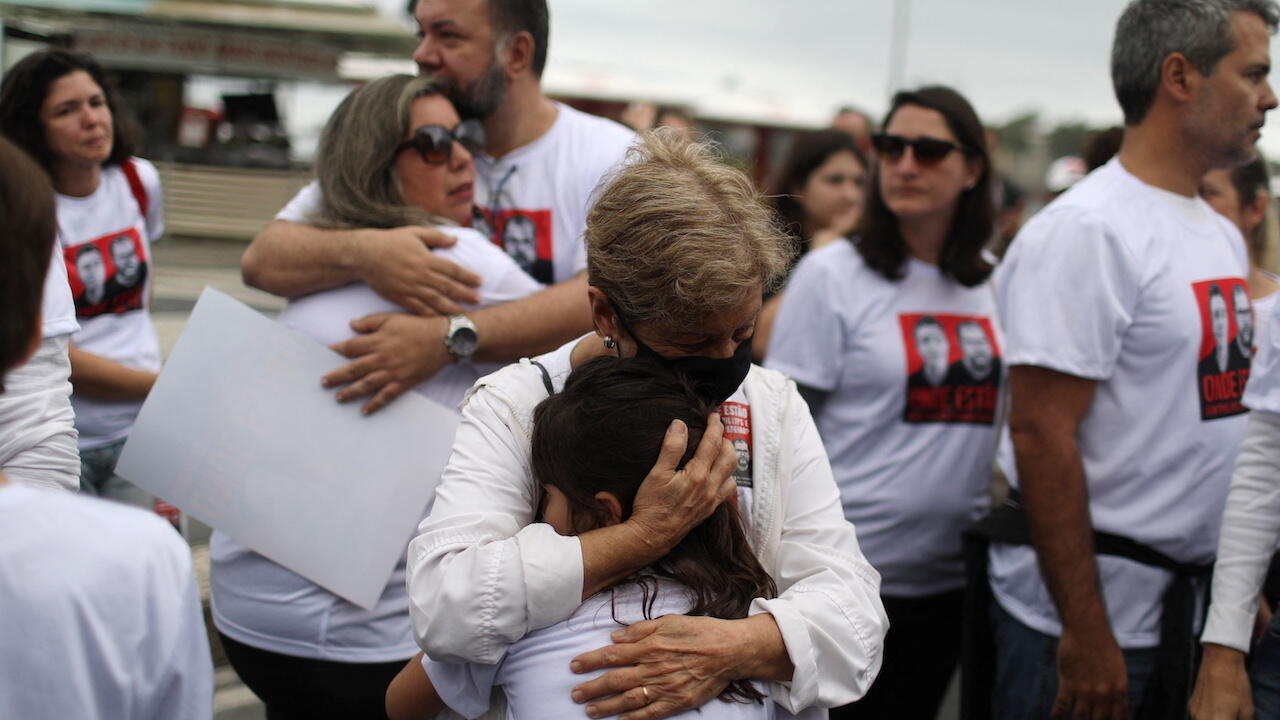 Brazilian authorities say they have found a backpack and personal effects of a British journalist and an Indigenous expert who disappeared in the Amazon last week, with the Briton’s mother-in-law saying she has lost hope that they will emerge alive.

Fears have been mounting over the fate of Dom Phillips, 57, a veteran contributor to The Guardian newspaper, and 41-year-old Bruno Pereira, an expert with Brazil’s government agency for Indigenous affairs (Funai), since they disappeared last Sunday after receiving threats during a research trip to Brazil’s Javari Valley.

After a slow start, the Brazilian federal police and the army have intensified the search for the two men, who were last seen in the town of Sao Gabriel, not far from their destination, Atalaia do Norte.

The Amazonas Fire Department had previously told local media that personal effects possibly belonging to the missing men had been found “near the house” of Amarildo Costa de Oliveira, the only person arrested so far in the case and who witnesses say pursued the men upriver.

Police said search teams on Sunday covered about 25 square kilometers (10 square miles) with “thorough searches through the jungle, roads in the region and flooded vegetation,” especially in the area where a boat belonging to Oliveira was found.

Earlier, authorities described 41-year-old Oliveira as a “suspect,” and said they were analyzing traces of blood found on his boat.

The finding of the men’s belongings came just hours after friends and relatives of the pair held a vigil on a beach in Rio de Janeiro.

‘We want an answer’

“At first we had a crazy faith that they had noticed some danger and had hidden in the jungle,” said Maria Lucia Farias, 78.

In a statement posted online and reported by The Guardian, a British newspaper to which Phillips contributed, his mother-in-law said: “They are no longer with us. Mother Nature has snatched them away with a grateful embrace.”

She added: “Their souls have joined those of so many others who gave their lives in defence of the rainforest and Indigenous peoples.”

Few of those gathered at the beach expressed much hope in the men’s survival, especially after authorities said they had found a second boat with blood marks, and had located possible human remains, still being analyzed.

One who did voice hope was Phillips’s 13-year-old nephew, Mateus Duarte.

“I used to come for walks on this beach with my uncle,” he said.

Phillips, who has contributed dozens of reports on the Amazon to The Guardian, had traveled to the Javari Valley while working on a book on environmental protection. Pereira went along as a guide.

“We have to know what happened,” said Fabiana Castilho, 47, a friend of Phillips, who wore a T-shirt bearing a photo of the two together.

“We want an answer.”

Others in attendance said they hoped the men’s disappearance would not be in vain.

“It should serve to raise awareness” about the environmental destruction of the Amazon, said Zeca Azevedo, Phillips’s brother-in-law and Mateus Duarte’s father.

Most Salacious Allegations Are Off Limits At Trump Dossier…