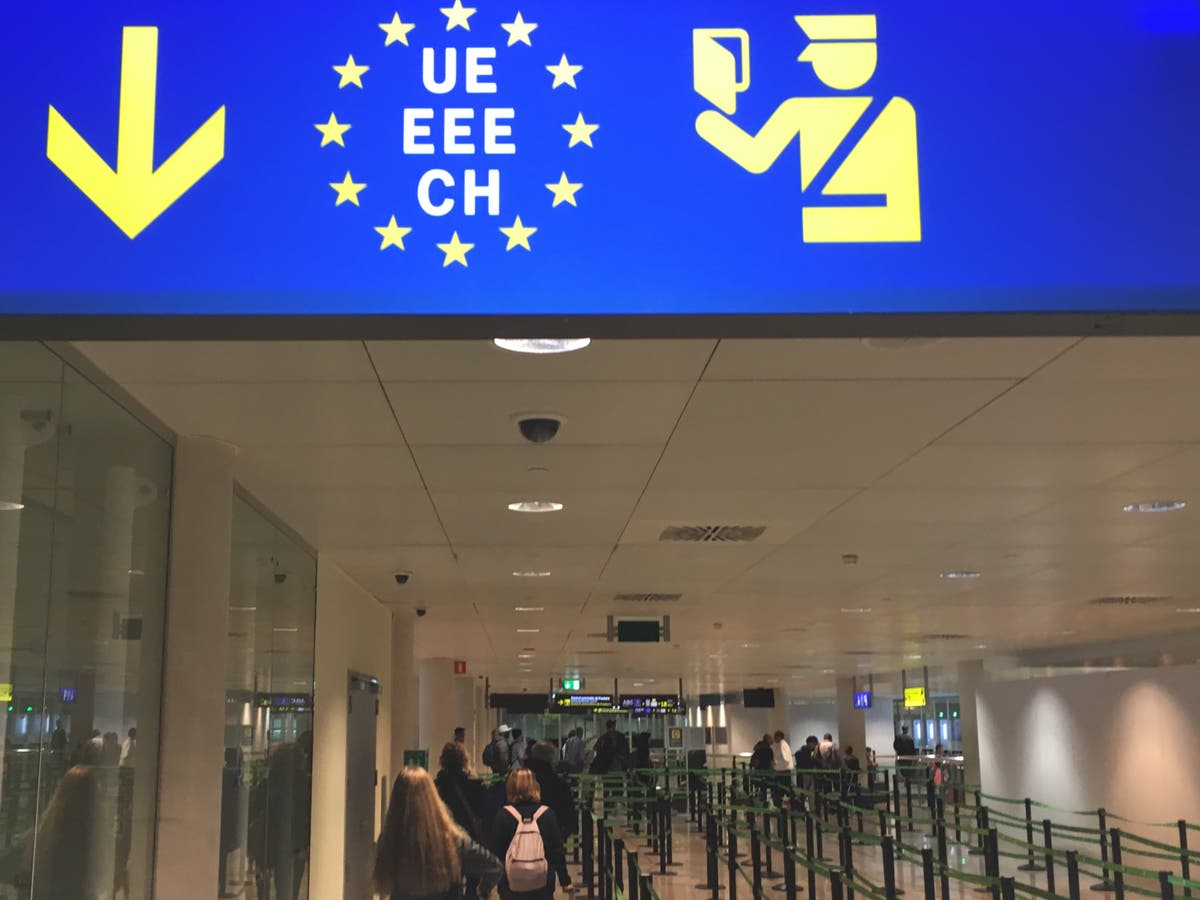 The boss of Britain’s biggest budget airline has contradicted a minister’s assertion that Brexit is not to blame for the airport and airline chaos.

Johann Lundgren, chief executive of easyJet, said 8,000 job applications from European Union citizens have been rejected by his firm because candidates did not have permission to work in the UK.

Last week the aviation minister, Robert Courts, told MPs on the business select committee it was “not likely” that leaving the EU played a part in the chronic staff shortages afflicting aviation.

“We have had to turn down a huge number of EU nationals because of Brexit. Pre-pandemic we would have turned down 2-2.5 per cent because of nationality issues,” Mr Lundgren said. “Now it’s 35-40 per cent.”

His comments came as Heathrow airport asked airlines flying from Terminals 2 and 3 to cancel 10 per cent of their schedules on Monday due to mounting problems with baggage handling. The chaos begain when a major system failure led to a build-up of a “baggage mountain” outside the Terminal 2.

On Wednesday, Mr Courts was asked about the role of Brexit in the current turmoil – which is currently causing around 200 flight cancellations daily to, from and within the UK.

He said: “On the evidence we have, it looks as if Brexit has little if anything to do with it.”

The easyJet chief executive was speaking after announcing easyJet’s summer schedule will shrink by 7 per cent in a bid to eliminate short-notice cancellations.

In a call with journalists, Mr Lundgren said that the airline had as many standby crew as in the summer of 2019.

“If you have a flight booked on the day and it gets cancelled, of course you will be disappointed and upset,” he said.

“We have to deal with it and do the best we can.”

In a statement earlier, easyJet said 86 per cent of capacity in the three months to the end of June 2022 had been sold, at fares 2 per cent higher than in 2019.

For the key months of July, August and September, 48 per cent of capacity has been booked so far – at fares 14 per cent up on pre-pandemic levels.

The airline said: “We will continue to fine tune our schedule in the light of industry conditions as we move through the summer season in order to deliver for our customers.”

On Friday easyJet’s main base, Gatwick airport, said it was placing a cap of 825 movements per day in July and 850 in August, forcing the cancellation of hundreds of flights.

How to draw on Google Docs