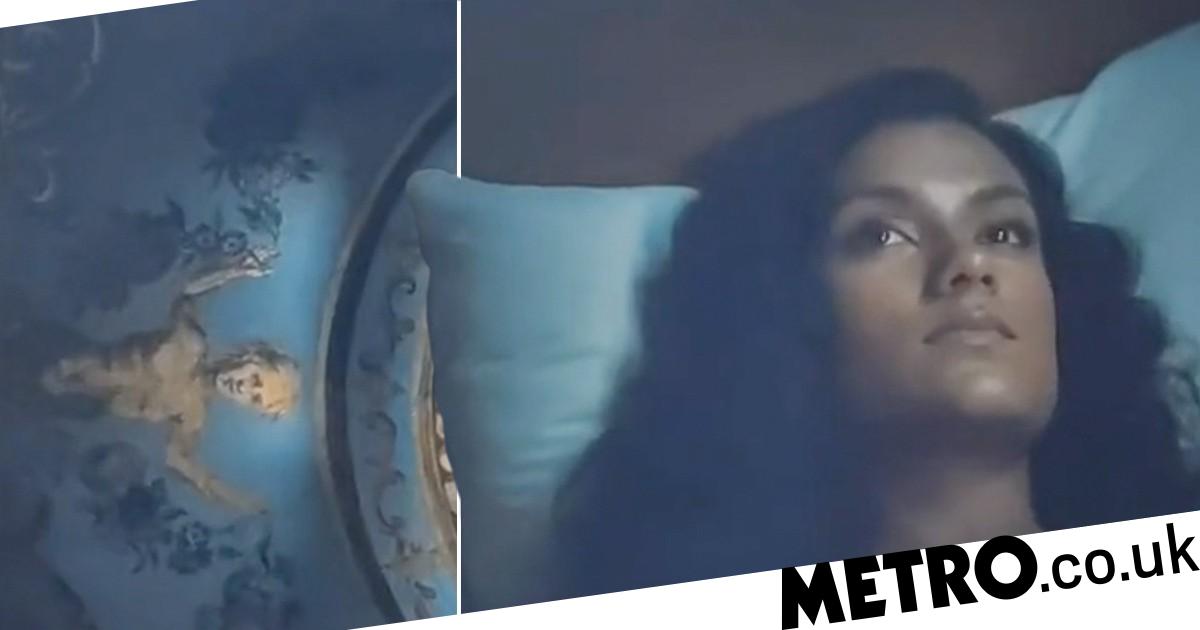 Bridgerton fans were taken aback after an attentive viewer noticed that one of the faces on the regency mural held a striking resemblance to Boris Johnson.

Kate Sharma (Simone Ashley) and Lord Anthony’s slow-burning romance has had viewers in a chokehold from beginning to end, so naturally, fans have been reliving the magic again and again.

In the season two finale, Kate is seen lying in bed, staring at the ceiling as she tries to make sense of her love for the Viscount (Jonathan Bailey).

The camera later highlighted the mural on the ceiling which showed a number of faces, however, an eagle-eyed viewer spotted that one looked a little too familiar.

Uploading the brief scene on TikTok, @txharvey captioned the clip: ‘Why is Boris Johnson in Bridgerton?’

Considering the video has nearly reached one million views on the popular social networking site, it’s safe to say this sparked a major reaction.

‘I thought I was going insane when I saw that in the show,’ one person wrote.

Another added: ‘I’d love to know who the set designer was that snuck this in.’

‘How did we not notice this,’ another shocked viewer weighed in.

According to The Hollywood Reporter, Bridgerton boasted an incredible 193 million hours of viewing time worldwide in the three days after its premiere, the highest for any English-language Netflix series in that time frame.

Although viewers were warned beforehand that there were fewer sex scenes this time round, fans have hailed the latest season of Bridgerton as the ‘best one yet.’

‘Season 2 is so so much sexier. It doesn’t even need multiple explicit sex scene for it to be over-the-roof STEAMY. The whole of season 2 is soooooo much hotter than season 1, TRUST ME,’ agreed another.

Bridgerton is available to stream on Netflix.

Expert tips on how to start running with your dog

Bodies of 6 people from sunken migrant boat found in Lebanon