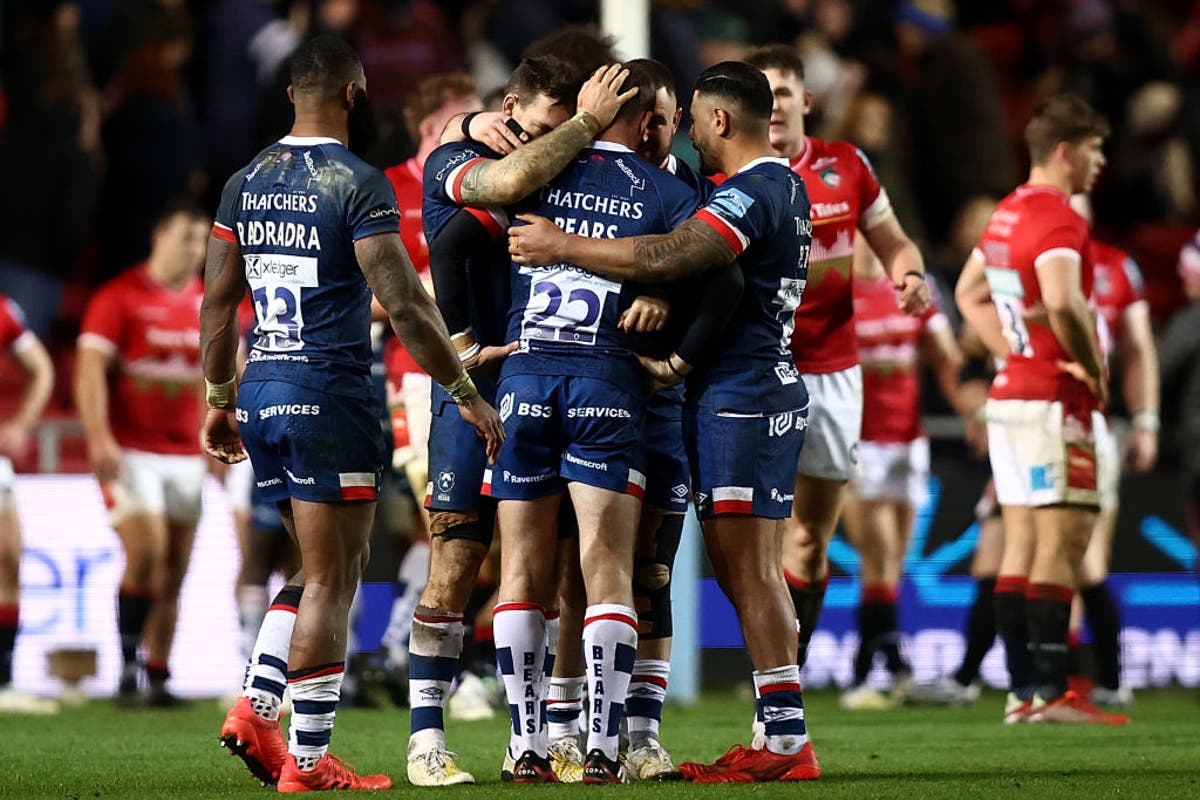 Bristol halted a run of six successive Gallagher Premiership defeats by fighting back to draw 26-26 with Leicester at Ashton Gate.

Van Wyk was red-carded for a high challenge on England and Bristol prop Ellis Genge, and the home side even had a chance to win it with the game’s final kick, but AJ MacGinty sent a 40-metre penalty narrowly wide.

Genge, who captained Tigers to the league title last season, saw his former team-mates threaten to move into the play-off zone.

Bristol, without a Premiership win since they toppled London Irish on September 24, led 12-6 midway through the second quarter.

But a 29th-minute yellow card for Radradra proved costly, with Leicester posting two tries while he was out of action, until the late Bristol tries, both converted by MacGinty.

England pair Freddie Steward and Ben Youngs returned from Autumn Nations Series duty, with Jack can Poortvliet on the bench, Kelly featured for the first time this season following his recovery from injury, and lock Ollie Chessum also returned.

Bristol had dropped to the Premiership basement following London Irish’s victory over Newcastle earlier on Saturday, but they started in confident mood.

Lewis was tackled just short of the line as Bristol pressed, but a supporting Radradra proved unstoppable from three metres out, and Leicester trailed after just five minutes.

Leicester were slow out of the blocks in comparison, yet they began to stir through number eight Jasper Wiese’s midfield break and scrum-half Ben Youngs charging down an attempted Sheedy clearance.

Burns then opened their account with a 16th-minute penalty, and a second strike shortly afterwards nudged his team ahead.

The lead, though, proved short-lived as Bristol conjured a second try when Genge’s audacious flick-pass found Sheedy and his pinpoint delivery sent Piutau clear to score before Sheedy added the touchline conversion.

It was impressive from Bristol but Radradra was then sin-binned following a reckless challenge on Burns, putting his team under pressure as Leicester pounced.

Kelly rewarded Tigers’ patience by touching down for their first try, then Ashton struck with Radradra still off the pitch, claiming his 98th Premiership touchdown.

Burns rejoined the action after passing a head injury assessment following the Radradra incident, and Bristol could not escape from a vice-like grip.

And it was no surprise when the Tigers collected a third try on the stroke of half-time as Montoya crossed, before Burns’ conversion opened up a 23-12 interval advantage.

A scoreless third quarter threatened to put Bristol well and truly out of the contest and Burns completed a penalty hat-trick that left the home side two converted tries behind.

But Byrne powered over for Bristol’s third try, converted by MacGinty, with Van Wyk then sent off for his challenge on Genge, leaving Tigers permanently down to 14 players.

And Bristol drew level when Ibitoye touched down following outstanding work by Genge, with MacGinty’s conversion denying Leicester the win.