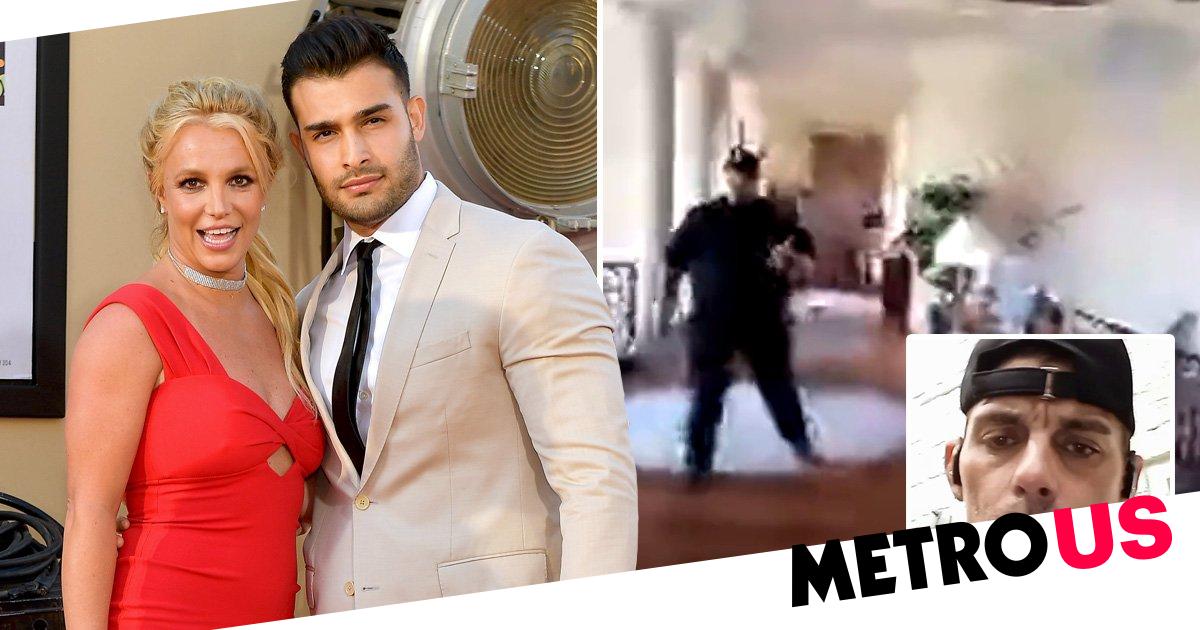 Britney Spears’ ex-husband Jason Alexander tried to crash her wedding to Sam Asghari while live-streaming to his followers, before being apprehended by security.

Jason, who had been married to Britney for 55 hours in 2004, is said to have showed up and approached event security, telling them Britney had invited him and that she was his ‘first and only wife’.

According to reports from TMZ, Jason had been live-streaming the moment before what appeared to be a physical struggle as the image froze up.

They claim Jason made it inside Britney’s home where he continued to live stream before eventually being restrained outside the property.

Ventura County Sheriff’s Department are said to have responded for a trespassing call and are said to still be at the home, with a spokesperson for the force telling PA news agency that officers were in attendance but were yet to formally identify the trespasser.

Jason and Britney famously got married in a spur-of-the-moment ceremony in Las Vegas in 2004 but had the wedding annulled just 55 hours later.

He has previously spoken out for Britney amid the #FreeBritney movement to get her conservatorship removed after over 13 years, attending a rally at an LA courthouse in August 2020 where he told TMZ he had been in recent communication with the star.

Britney and Sam are said to be getting married in Los Angeles on Thursday, though the singer’s family won’t be in attendance.

She is said to have only invited her brother, Bryan, and not her mother and father, Lynne and Jamie Spears, or her sister Jamie-Lynn.

Britney’s sons, Sean Preston, 16, and Jayden James, 15, who she shares with ex-husband Kevin Federline, will also not be attending but sent their best wishes to their mother and Sam for their big day.


MORE : Britney Spears’s sons ‘won’t be at her wedding to Sam Asghari but wish them the best’

6 new things we learned from the first public Jan. 6 hearing