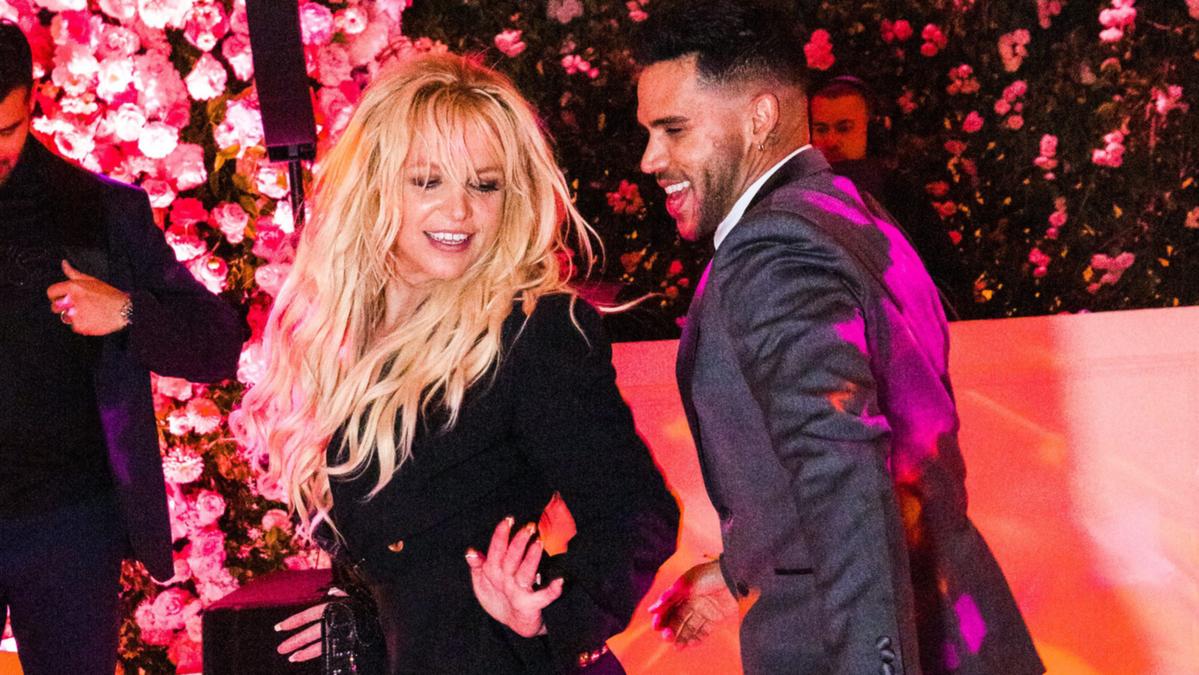 Britney Spears has revealed a saucy detail of her post-wedding outfit, admitting she wore her first “diamond thong” during the celebrations.

Pictured dancing in a suit jacket with no pants and no shoes, the pop icon reassured fans that she wasn’t completely naked underneath.

Alongside a video posted to Instagram, Spears wrote: “LIVING IS GIVING … pssss don’t worry I had my first diamond thong underneath my jacket … hope I didn’t offend anyone 😜😜😜 !!!”

The pop star’s drama-filled nuptials to Sam Asghari were attended by some of the biggest names in showbiz, including Madonna, Paris Hilton and Drew Barrymore.

Just hours before Spears was due to walk down the aisle, her first husband Jason Alexander crashed the wedding preparations and livestreamed the entire thing to his followers.

Police were called to Spears’ home, where the wedding was held, after Alexander showed up telling event security Spears had invited him and that she was his “first and only wife”. He was booked for trespassing, vandalism and two batteries.

Alexander married Spears during a wild trip to Las Vegas, but the marriage lasted just 55 hours.

Spears also revealed she suffered a panic attack before her wedding.

The 40-year-old star admitted that despite her excitement, she had an attack of nerves before the ceremony.

“I was so nervous all morning but then at 2:00 pm it really hit me … WE’RE GETTING MARRIED !!! I had a panic attack and then got it together …” she wrote on Instagram.

The couple tied the knot at her home in the Thousand Oaks area of Los Angeles in front of around 60 guests. However her sons Sean, 16, and Jayden, 15, who she shares with her ex-husband Kevin Federline, were not among them.

“Kevin and the boys are really happy for Britney, and they wish Britney and Sam the best for their future moving forward,” he told Fox News Digital.

Spears wore a custom Donatella Versace gown and, after arriving in a Disney-inspired fairytale carriage.walked down the aisle to Elvis Presley’s hit Can’t Help Falling in Love.