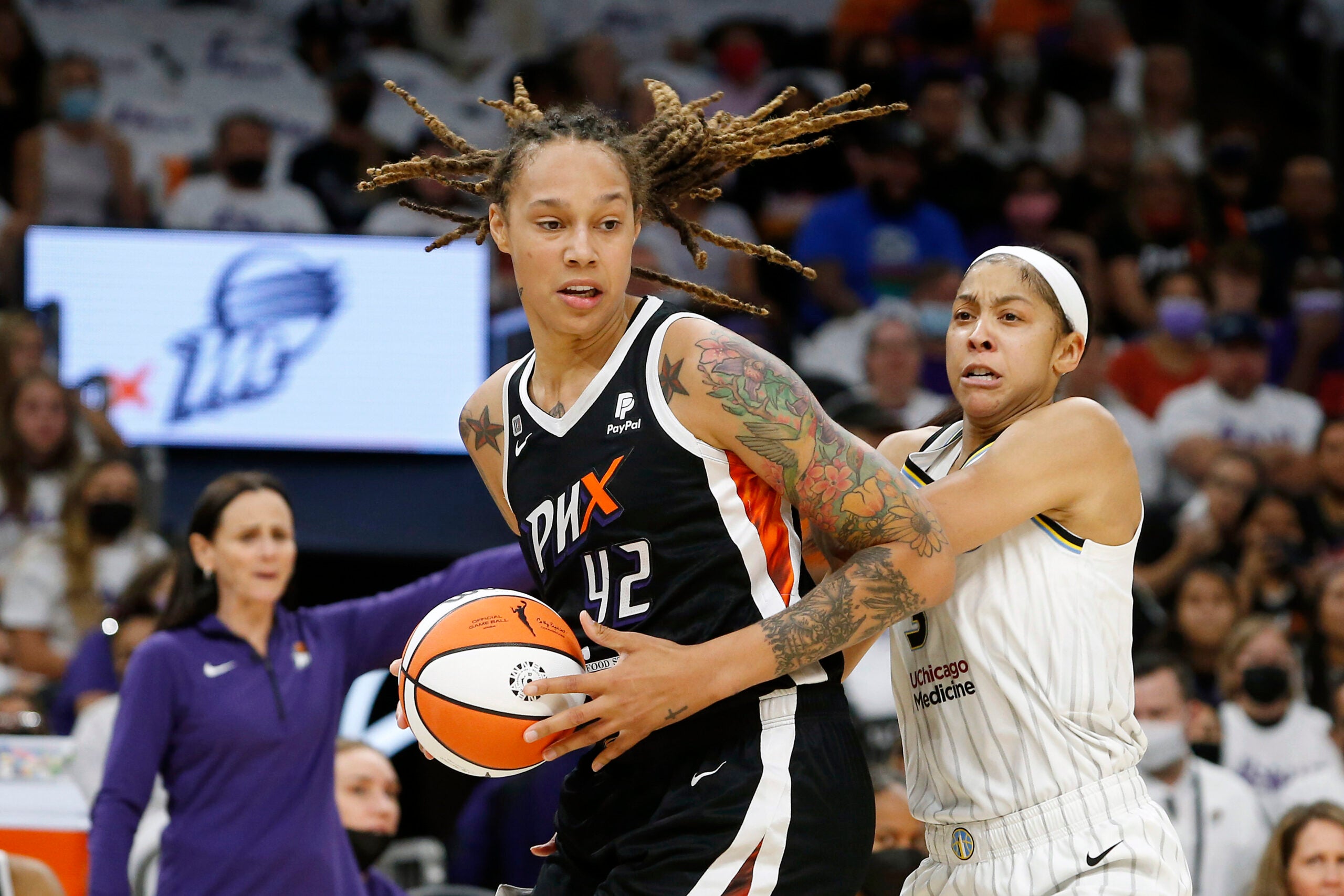 Dozens of organizations representing people of color, women and LGBTQ voters called on President Joe Biden on Wednesday to strike a deal for the release of Brittney Griner, a WNBA star who has been detained in Russia since February.

In a letter sent to Biden and Vice President Kamala Harris, the groups said Griner “continues to endure inhumane treatment, deprived of contact with her family.”

The letter said the United States “has acknowledged that Brittney is essentially a political pawn in classifying her as wrongfully detained.” And while the signatories cited “deep appreciation” for the administration’s efforts to free Griner, “we now urge you to make a deal to get Brittney back home to America immediately and safely.”

The Phoenix Mercury basketball player was detained in Russia on Feb. 17 on accusations that she had hashish oil in her luggage. At first, Griner’s camp was worried that publicity could make the situation worse because of tensions between Russia and the United States, including the war in Ukraine.

But the group’s approach has changed since the State Department said May 3 that it had determined Griner had been “wrongfully detained.” That meant the United States could expend greater efforts toward bringing her home despite the legal action against her in Russia.

In recent weeks, players with the WNBA, working with Griner’s wife, Cherelle, and others, have tried to draw attention to her case.

The latest effort, the letter from groups including the National Organization for Women, the Human Rights Campaign, the National Urban League and the National Action Network, was coordinated Griner’s agent, Lindsay Kagawa Colas, who worked with Democratic strategist Karen Finney and others. The groups, which represent a coalition of constituencies that helped to elect Biden, are speaking out amid growing frustrations over the pace of the effort to bring Griner home.

“To my understanding, they have not started negotiating her release, and so this letter is very powerful because it’s much-needed support to highlight the fact that we are at the phase where you guys should be making a deal,” Cherelle Griner said.

“I wish I could say I have a clear understanding of it,” she said of the White House strategy. “They do a lot of talking in code with me.”

The administration, she said, is “debating whether they should start negotiating,” when it has already been determined that her wife was wrongfully detained. “Instead, they’re debating and they’re wasting time from my wife’s life.”

White House officials, commenting after this article was published online, said, “President Biden has been clear about the need to see all U.S. nationals who are held hostage or wrongfully detained abroad released, including Brittney Griner. The U.S. government continues to work aggressively — using every available means — to bring her home.”

Administration officials have said Biden’s team is in regular contact with the Griner family and that Secretary of State Antony Blinken spoke with Cherelle Griner in May. The special envoy for hostage affairs is also in touch with Brittney Griner’s team.

Bill Richardson, a former governor of New Mexico and a former U.S. ambassador to the United Nations, also has been working to try to free Griner and another American in Russia, former Marine Paul Whelan, who has been detained since 2018.

Still, Cherelle Griner said she was uncertain about how much the White House was prioritizing the case. She told The Associated Press that she was supposed to speak to her wife by phone for the first time in roughly four months over the weekend, but a logistical problem at the U.S. Embassy in Moscow upended the plans.

According to the AP, the embassy was supposed to facilitate the call between the women. But when Brittney Griner called the embassy to get patched through to her wife in the United States, there was no answer. Brittney Griner’s lawyers said she tried calling the line 11 times while her wife waited in vain for the call, the AP reported.

“I was distraught. I was hurt. I was done, fed up,” Cherelle Griner told the AP.