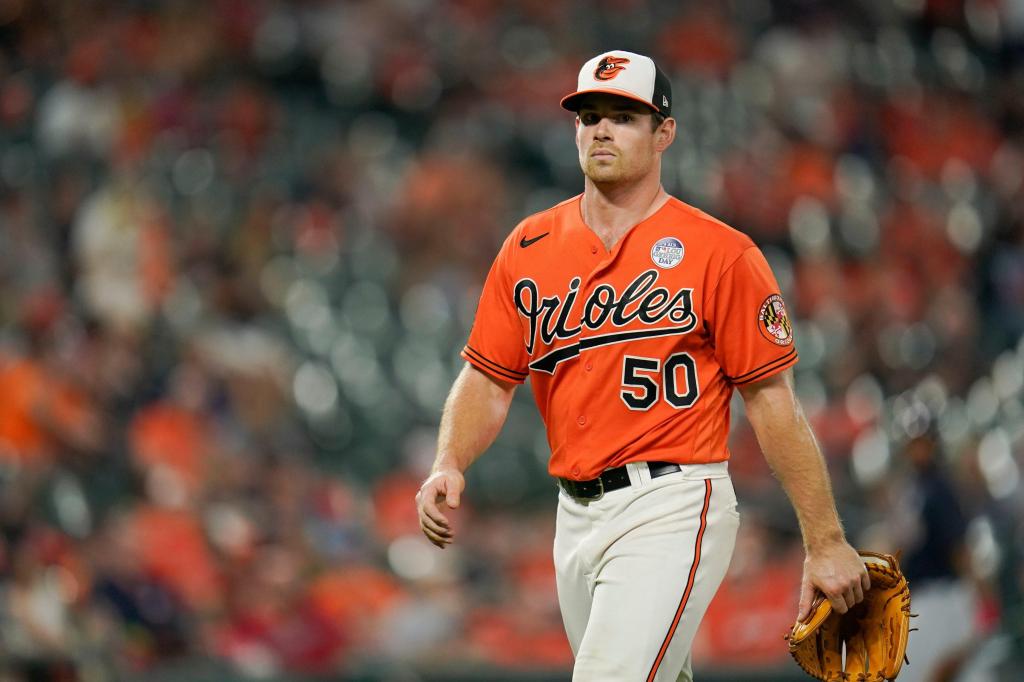 Bruce Zimmermann walked back to the dugout during the sixth inning and straight to the bench. He put a white towel beneath him and sat down leaning forward, his head looking straight to the ground.

Doing damage off Zimmermann’s change up, the Cleveland Guardians got to him quickly Friday night with five runs in the first three innings to beat the Orioles, 6-3.

Two months ago, Zimmermann pitched brilliantly as the starter for the Orioles’ home opener. It started a wave of momentum for the Baltimore native in his home ballpark. In his first six starts, Zimmermann had a 2.67 ERA, striking out 30 and allowing just one home run.

In his five starts since, Zimmermann has registered a 7.62 ERA over 26 innings. He’s allowed as many home runs as batters he’s struck out (12). It’s been a steep decline after a season that began with such promise. The Orioles (22-32) went 4-2 in his first six starts. They’ve gone 1-4 in the five since.

Zimmermann is a changeup pitcher, with nearly an even split on the season between that pitch and his fastball. On Friday, he threw his changeup just 29% of the time, but it’s the pitch the Guardians jumped on early and often. Six of the 10 hits Zimmermann allowed came against his change up, all of which were hit hard, with exit velocities over 84 mph. Cleveland second baseman Owen Miller had run-scoring base hits off the pitch in the first and third innings.

Of 17 swings against Zimmermann’s change up, the Guardians didn’t whiff once. He only induced five overall on 48 Cleveland swings, and he finished the night with 10 hits and five earned runs allowed in 5 2/3 innings.

Baltimore, meanwhile, struggled to get anything going against one of the American League’s best pitches in Shane Bieber, who threw 5 2/3 no-hit innings before designated hitter Trey Mancini singled to left. The right-hander retired 14 straight Orioles during a stretch between the second and sixth frames and finished with three hits allowed and 11 strikeouts.

Mancini also broke up the shutout. He laced a two-out, two-RBI double in the eighth, and right fielder drove him in on the next pitch to cut the deficit in half to 6-3. Austin Hays, who entered the game with the American League’s longest hitting streak, struck out to end the rally — and end his streak.

No one wanted to send Vespi back down to Norfolk, especially after the way he pitched in his only MLB appearance.

He got his chance on May 20 in his big league debut and threw two scoreless innings. He allowed one hit and one walk while striking out three and ultimately was credited with the win that day.

“My first outing out here was super exciting,” Vespi said. “It was everything I ever wanted it to be.”

Yet, after he’d pitched so well, he was sent down for a fresh arm in Mike Baumann and to make room for first baseman Ryan Mountcastle’s return from the injured list. His first time with the Orioles gave Vespi confidence, and in turn motivated him to get back to Baltimore.

“When I went back down, I was looking forward to this day again, and hopefully we can stay for a while,” Vespi said.