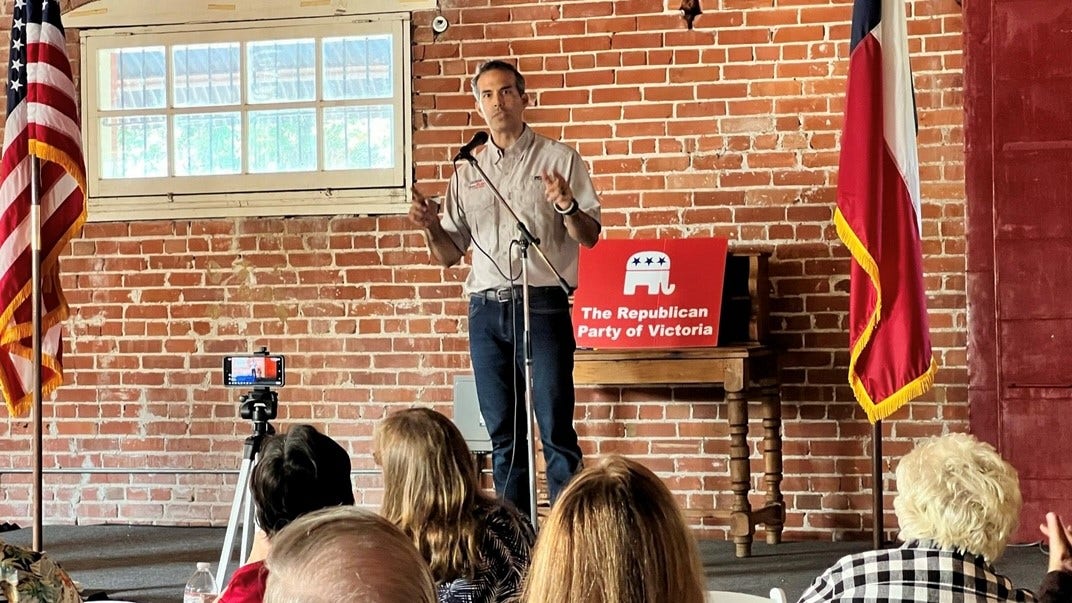 Paxton, who enjoys the backing of former President Donald Trump, is known nationally for trying to legally upend the 2020 presidential election results and for his aggressive actions in taking on President Biden’s administration in court. But he’s saddled with a slew of corruption allegations as he seeks a third four-year term as Texas attorney general.

Bush, twice elected to statewide office as Texas land commissioner, points to a recent survey that indicated he was closing the gap. Bush – who’s the last elected member of his family’s political dynasty – which over four generations has produced two presidents, a vice president, a senator, two governors and a congressman – stressed that “I fully intend to win on Tuesday.”

The Bush family was GOP aristocracy for decades, but that was before Trump’s 2016 White House victory and his transformation of the party. The former president, 16 months removed from the White House, remains hands down the most popular and influential politician among Republicans and a GOP kingmaker.

Now, the Bush family dynasty’s on the line as the red state of Texas holds its primary runoffs.

Asked if his family name is a hindrance, Bush told Fox News: “I think it actually helps me. It helps open the door on conversation on the trail… My family’s always offered a public service. It’s not about coveted titles or wearing fancy lapel pins, it’s about doing the right thing for Texas.”

But in a Fox News interview, Paxton touted that “I’m kind of in the way of the Bush dynasty plan, to move that guy up to bigger and higher offices… It is a reality that he’s kind of the last one and they had big plans for him to be probably governor or president of the United States and this was just a steppingstone.”

Paxton topped Bush by 20 points in the March 1 primary, with former state Supreme Court Justice Eva Guzman and Rep. Louie Gohmert finishing third and fourth. But the attorney general failed to crack 50%, which forced him into a runoff with the second-place Bush.

Paxton grabbed national attention for filing the unsuccessful Texas vs. Pennsylvania case in the Supreme Court that tried to overturn now President Biden’s razor-thin win over Trump in the Keystone State, and for speaking at the then-president’s rally near the White House that immediately preceded the deadly Jan. 6, 2021, attack on the U.S. Capitol by right-wing extremists aiming to disrupt congressional certification of Biden’s Electoral College victory.

Over the past year Paxton has taken the Biden administration to court numerous times, including 11 immigration and border security related lawsuits.

Paxton was indicted on securities fraud charges soon after taking office in 2015, and more recently came under investigation by the FBI over bribery and corruption allegations from former top staffers. Paxton has denied any wrongdoing in either case.

Bush has made Paxton’s baggage a top topic since launching his bid nearly a year ago.

“This goes at the core of my campaign, that character, that principle, that our vows to the Constitution, to the laws of the state and the country, still matter,” Bush emphasizes. “And as the top law enforcement official, a basic requirement, in fact I would say his behavior’s disqualifying in this respect, is that the top cop is above reproach, and regretfully he’s failed in that score.”

And Bush warns that if Paxton “gets nominated again, we hand this very important position to the Democrats, their first statewide office in over 30 years.”

Bush’s ads spotlight Paxton’s legal scandals, with the narrator in one spot charging “Ken Paxton is unfit to hold office.”

Paxton downplayed the controversies, noting that “they’ve been trying to come after me since the day I got into office, for seven and a half years.”

And a Paxton ad describes Bush as the “liberal land commissioner.”

Paxton teamed up with the former president nine days ago at a conservative rally in Austin, billed as Trump’s “American Freedom Tour.”

“He endorsed me again. He did a video for me while we were there that we’re using now in the runoff,” Paxton noted.

And he emphasized that Trump’s “endorsement means more than any other endorsement I’ve seen in my lifetime…. I would say in Texas it’s hard to imagine a more valuable endorsement than President Trump.”

Trump touts in the video that Paxton has “been the most effective attorney general and everybody thinks he’s a great guy. Get out and vote for Ken Paxton. He’s going to win big, but you know what, just in case it gets a little bit close, go out and vote. He’ done a terrific job for Texas and for our country, and he has my complete and total endorsement.”

Asked if Trump’s backing of Paxton makes the hurdles he faces even higher, Bush pointed to primary results so far this season where a handful of candidates endorsed by the former president lost in highly competitive primaries.

“It does have weight,” Bush said. “But as we’ve seen in Nebraska, as we saw just a few nights ago in North Carolina, that if you’re scandal plagued then the endorsement doesn’t carry you over the finish line.”

But Paxton’s controversies seem to be baked in with most GOP primary voters.

“Republican primary voters believe Ken Paxton is a conservative, he’s done a good job, and that he’s a fighter. There’s no room to his right and a statewide primary runoff attracts base voters who are more likely to support Paxton,” veteran Texas based Republican consultant Matt Mackowiak noted. “Bush has tried to reassure primary voters that he’s conservative and convince them that Paxton deserves being fired for ethics issues. There is no evidence that it has worked.”

The winner of the GOP runoff will likely face Democrat Rochelle Garza in November’s general election. The progressive former American Civil Liberties Union (ACLU) lawyer from Brownsville is the clear front-runner in the Democratic runoff for Texas attorney general.

Why are these ASX mining stocks in limelight today?