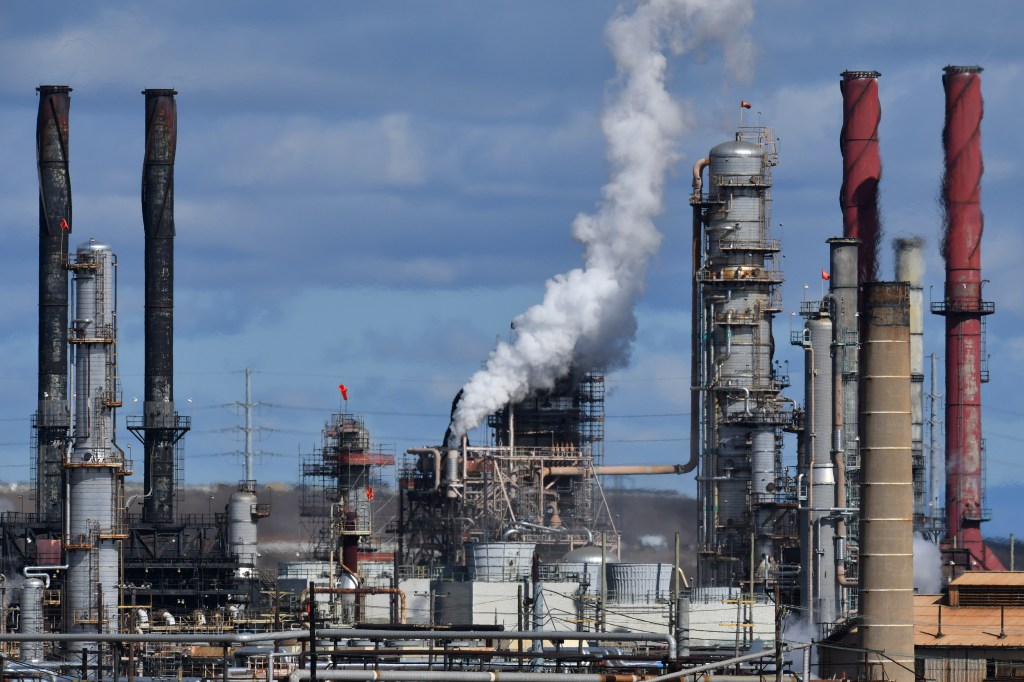 Democratic lawmakers in the State Assembly announced a probe into California’s oil and gas market on Monday, saying profiteering in the industry is partially behind the state’s record high gas prices that are now hovering around $6.40 a gallon.

The oil industry has a “foot on our necks and a hand in our pockets,” Assembly Speaker Anthony Rendon said during a news conference announcing a committee to investigate the industry’s pricing practices.

“These are companies that are obviously ripping off California consumers and we need to ask tough questions about them and their business practices,” he said.

But details on when the committee will first meet or if it plans to compel witnesses and documents remain sparse. “The select committee was just formed over the weekend,” said Joel Price, spokesperson for Assemblymember Jacqui Irwin of Thousand Oaks who will chair the committee. “So they haven’t met yet. They haven’t established what their work is going to be.”

The committee, which is expected to meet in the coming weeks, comes as California gas prices have shot up 37% since the start of the year to $6.40 a gallon – $1.40 higher than the national average, according to AAA. Meanwhile, oil industry giants are reporting record profits as Russia’s war in Ukraine spiked the cost of crude oil to over $100 a barrel.

“As legislators, we owe it to our constituents to answer the question on everybody’s mind: Why do gas prices continue to rise?” said committee chair Irwin.

Lawmakers are under intense pressure from constituents to respond to the state’s gas prices, which are crushing drivers with $100 fill-ups. Democrats are hammering out a plan to send billions of dollars in payments back to Californians in ongoing budget negotiations. Meanwhile, state Republicans have been calling on the state to immediately suspend the state’s 51-cent gas tax to bring drivers quicker relief at the pump.

President Joe Biden said Monday that he will decide by the end of the week whether to order a holiday on the federal gasoline tax, possibly saving U.S. consumers as much as 18.4 cents a gallon.

Politicians have a long history of pushing for gas price investigations that yield little results. In 2012 Sen. Dianne Feinstein called on the Federal Trade Commission to probe the state’s surging fuel costs and she reiterated that demand in April of this year. Gov. Gavin Newsom also asked the attorney general to look into price fixing in the industry in 2019.

“There’s a lot of political hay to make vilifying the oil companies instead of a more nuanced view that we need,” said Severin Borenstein, an energy economist at UC Berkeley who studies gas prices.

Still, Borenstein applauded the formation of a select committee, saying lawmakers should focus on the impact of California’s concentrated oil refinery industry, which is largely controlled by a handful of companies, including Chevron, Marathon Petroleum, and PBF Energy.

“Our refinery market is pretty separate from the rest of the country because we use a cleaner-burning blend of gasoline that most refineries cant make,” said Borenstein. “There are refiners producing a quarter of the entire market – and when you’re that big, you can move the market.”

The majority of California’s high gas costs are explained by the state’s high taxes that fund roadway projects, environmental programs aimed at combatting climate change, and the special fuel blend that reduces air pollution. But for years there has also been a “mystery surcharge” that drives prices about 30 to 40 cents higher after accounting for the state fees.

The mystery surcharge took off in 2015 when gas prices spiked in the aftermath of a Torrance oil refinery explosion, according to Borenstein. Before the blast, the unaccounted-for difference in California prices versus the national average was about 2 cents, but afterward, it ballooned to over 40 cents and it has remained high ever since.

Gas stations are also free to set prices as they wish, unless there is state of emergency covering fuel costs, according to the state attorney general office.