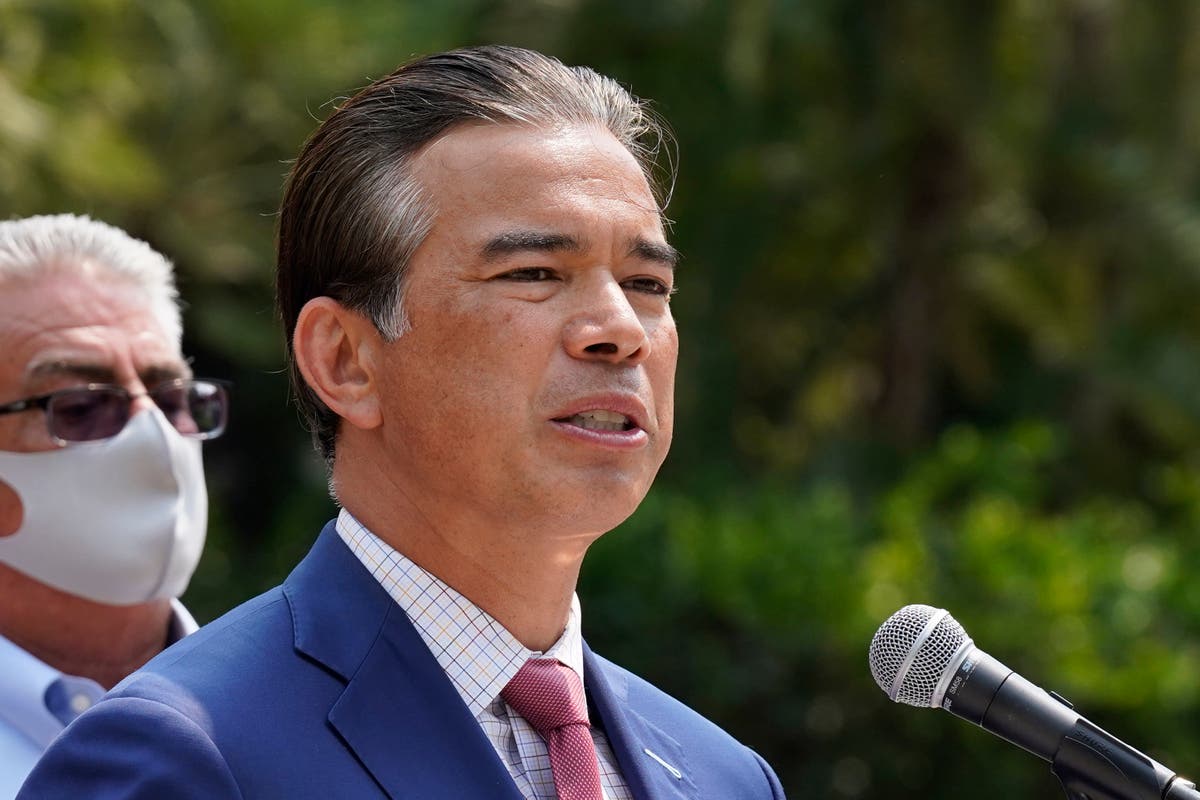 Republicans think they have a chance this year to unseat an appointed state attorney general they say is too progressive even for California, in part because they view him as soft on crime as that issue rises in importance for voters.

In California, the two top primary vote-getters advance to the November general election regardless of party affiliation. Bonta is the only Democrat and is considered a shoo-in to advance out of the June 7 primary.

Two Republicans are running and so is a district attorney who gave up her GOP affiliation four years ago and is running as an independent, a label some see as more inviting to voters in a state that overwhelmingly favors Democrats.

The race may show whether voters want a new direction after they previously eased criminal sentences to reduce prison crowding. And with little drama expected in the contests for California governor and U.S. Senate, it’s one of the most visible races this election year.

The job of California attorney general has been a launching pad for many — Earl Warren went on to become chief justice of the U.S. Supreme Court, Edmund “Pat” Brown became governor and his son, Jerry, resurrected his political career by winning the office and then going on to become governor again more than three decades after first holding the job.

The two attorneys general before Bonta were Kamala Harris, who went on to the U.S. Senate and now is vice president, and Xavier Becerra, the Biden administration’s secretary of Health and Human Services.

California’s last Republican attorney general left office in 1999 and the party hasn’t won a statewide election since 2006. The GOP hopes to capitalize this year by drawing attention to what Republicans say are Democratic failures to curb violent crime and reduce homelessness.

Many law enforcement leaders are backing Sacramento County District Attorney Anne Marie Schubert, who is running as a no-party-preference candidate. Schubert is best known for leading the effort to identify and successfully prosecute the Golden State Killer, Joseph DeAngelo, a serial killer who avoided arrest for decades.

“It’s still very much Bonta’s race to lose,” said veteran Republican political consultant Mike Madrid, who is not involved in any of the campaigns. “He’s a Democrat with a ballot label that will say ‘attorney general’ in a very, very blue state.”

No independent has ever won statewide office in California and Madrid said Schubert needs to find a way to appeal to Democrats. “If she gets out of the primary with a significant share of the Democratic base, she probably wins the general,” he said.

Jack Pitney, a political science professor at Claremont McKenna College gives her “a real shot,” noting she is not affiliated with the far right of the GOP and that California voters have sometimes shown a criminal justice conservative streak, for instance by rejecting efforts to end cash bail and the death penalty.

Hochman has focused his campaign on fighting human trafficking, including by backing a stalled bipartisan bill that would label it a violent felony. He also proposes to coordinate prosecutions of traffickers statewide, seize their assets and begin a statewide human trafficking education campaign.

Rob Stutzman, the GOP consultant running Schubert’s campaign, said her history as a career prosecutor better resonates with voters of all political stripes who buy into her theme that California is in “chaos.”

“We must fix the mistakes of the woke and reckless reforms that are now wreaking havoc on all Californians,” Schubert said while accepting the endorsements of the union representing California Highway Patrol officers and the rank-and-file Peace Officers Research Association of California.

She said her decision to run as an independent was not politically motivated, arguing that “public safety is not an ‘R’ or a ‘D’ issue.”

This is Bonta’s first statewide election. Newsom appointed him attorney general in March 2021 after President Joe Biden tapped Becerra for the Cabinet post.

He previously was one of the state’s most progressive lawmakers, representing a San Francisco Bay Area district in the state Assembly, and calls himself “the people’s attorney. ”

“On so many legal issues, California law is America’s last line of defense,” Bonta said in promoting his support for gun control, LTGBQ and abortion rights at a national level. “It’s why this race is so important this year.”