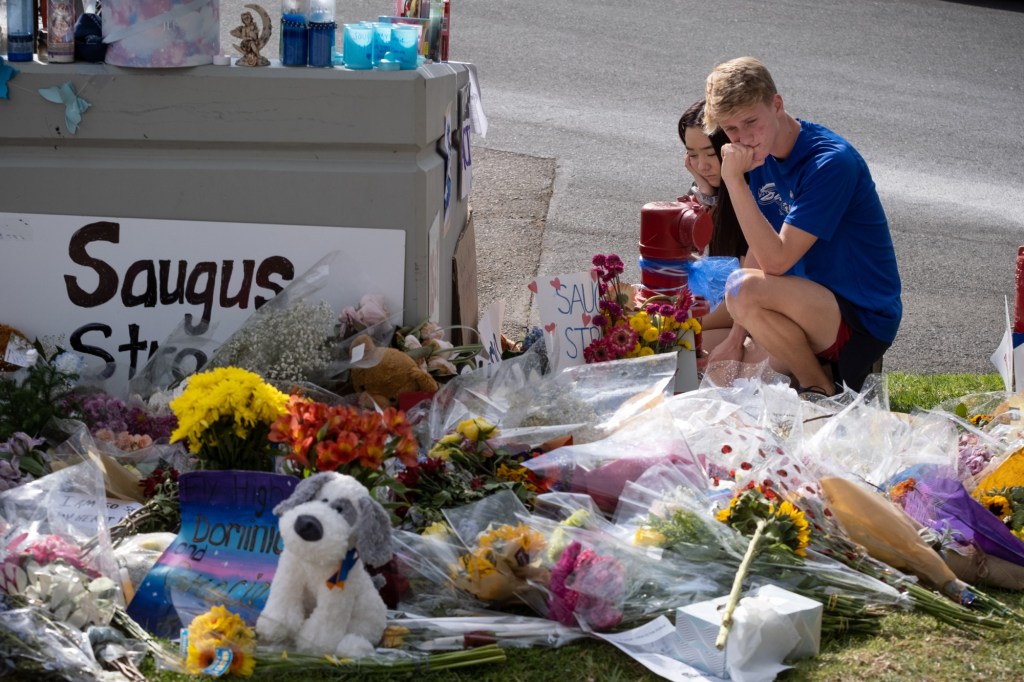 Attorneys for the William S. Hart Union High School District say in new court papers that all or part of a lawsuit filed by the parents of two teenagers who were shot and killed by a fellow student at Saugus High School in 2019 should be dismissed because the gunman’s actions were not foreseeable and school officials reacted quickly to the emergency.

The teens were fatally wounded when 16-year-old Nathan Berhow opened fire at the Santa Clarita school on Nov. 14, 2019. Security video shows him walk into the quad, pull a .45-caliber handgun from his backpack, shoot five people around him, then fatally turn the gun on himself. The three other students were wounded.

In court papers filed Tuesday, June 21, in Chatsworth Superior Court, district lawyers say Berhow was a junior in the 2019-2020 school year and enrolled in physics, American literature, history, aerospace, engineering, psychology and math and also on the cross country team.

“None of his teachers knew anything about Nathan that gave them notice that he posed a danger to himself or others,” the lawyers for the district say, adding that he had no school discipline record.

On Nov. 14, 2019, at about 7:36 a.m., school video shows Berhow putting his sunglasses on and taking a handgun from his backpack, then firing about 10 seconds later, according to the district lawyers’ court papers.

“The only issue I had with Nathan was he failed to hand in some homework assignments around the end of October (2019),” Bratt says. “I advised him that if he handed them in by a certain time, I would give him full credit. Thereafter, he submitted all the missing homework.”

Lisa Hampsten, the school secretary, says in her declaration that after she heard shots that day, she immediately told a co-worker to call 911.

Marcus Garrett, then the school’s assistant principal, says in his sworn statement that security video shows Berhow reached into his backpack and began firing, then eventually fell to the ground.

“The students around him were calm until the shooting started and then they scattered,” Garrett says.

The plaintiffs’ attorneys maintain that Berhow had a history of cutting himself and had written things indicating a belief he was sadistic and psychotic. They also say Berhow had a troubled home life and became more withdrawn after his father died in 2017.

The plaintiff’s attorneys also say that the campus supervision staff may have been short-staffed the day of the shootings.

The district’s dismissal motion is scheduled to be heard Sept. 29 by Judge Stephen F. Pfahler.