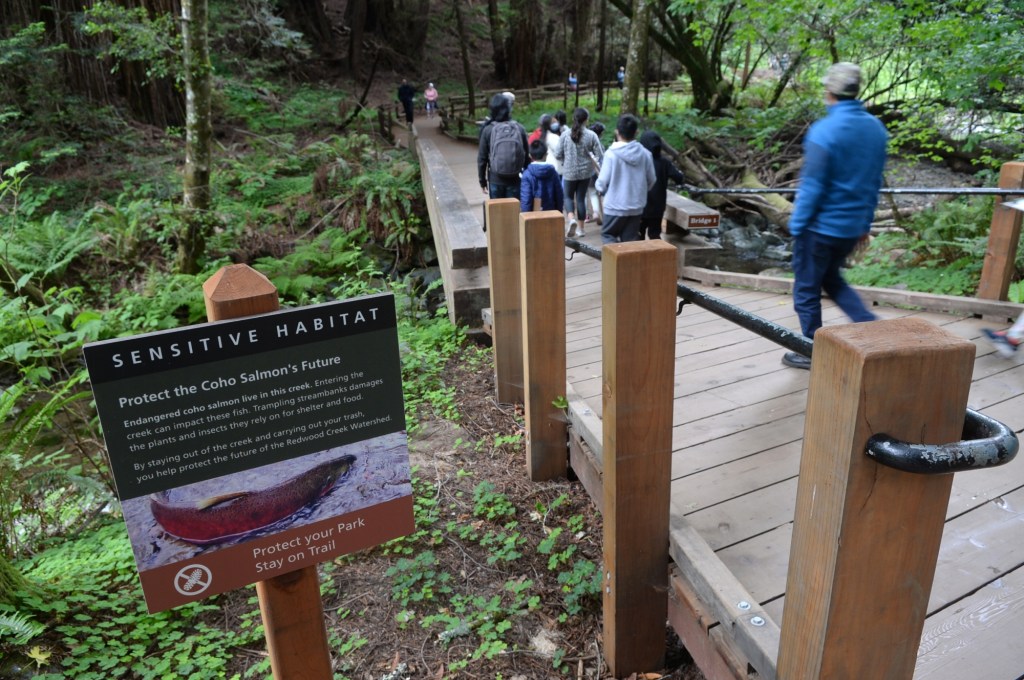 Amid research linking a highly toxic tire chemical to salmon deaths in the Pacific Northwest, California officials are proposing a rule to require tire manufacturers to consider safer alternatives.

The proposed rule by the California Department of Toxic Substances Control comes after a 2020 study that identified the chemical 6PPD, which is used to give tires longer life, as the culprit behind decades of coho salmon deaths in Washington state.

The chemical has also been detected in California waters — including trace amounts in Lagunitas Creek, which harbors the largest population of endangered coho salmon between Monterey Bay and Mendocino County.

“The recent research linking 6PPD to coho salmon deaths is extremely compelling,” said department director Meredith Williams. “It is clear that particles containing this chemical are entering our waterways. This is also a national issue. California is taking a leadership role in protecting our fish, our environment and the cultural heritage of Native American tribes with rich salmon fishing traditions.”

The new rule, which is out for public comment through July 5, would not ban the use of the chemical but would require tire manufacturers to conduct an analysis of alternative chemicals that could be used. The state proposes to put the rule into effect in 2023.

The threat comes after tiny particles of tire break off on roads. The chemical interacts with ground-level ozone to create a new compound, 6PPD-quinone, which then washes into creeks and rivers when it rains.

The 2020 study led by the University of Washington and Washington State University found the toxin was highly deadly, killing some young coho salmon in as few as four hours after exposure.

The U.S. Tire Manufacturers Association in Washington, D.C., provided tire samples and information to the Washington researchers as part of the study. After the findings were released, the association joined various environmental groups and agencies to petition the state to review the chemical.

“We are pleased that there have been many advancements in the body of research on 6PPD-Quinone,” said Sarah Amick, a vice president at the association. “However, many data gaps still remain, so we remain committed to collaborating with researchers, regulators and stakeholders to fill these knowledge gaps and help find a viable alternative to 6PPD that does not compromise tire performance or driver safety and also ensures environmental safety.”

The chemical does not appear to have caused any die-offs of coho salmon in Marin County creeks and streams, according to local wildlife monitors. The Salmon Protection and Watershed Network, known as SPAWN, conducted two tests in February 2021 and October 2021 using the same protocol as the University of Washington study.

Preston Brown, water conservation director of the Olema nonprofit, said the first test found no detection of the chemical. The October test, which was performed right after light rain but before the major storm later that month, found trace amounts.

“We don’t see the high degree of adult mortality like some of the other watersheds like Puget Sound do see,” Brown said. “It’s not a significant amount. To me, there is not a dramatic concern currently. We don’t see direct mortality with it.”

But Brown and Marin Municipal Water District ecologist Eric Ettlinger, who monitors salmon and steelhead in the Lagunitas Creek watershed, said what is really needed is more facilities to keep stormwater and other chemicals it carries from flowing into local salmon creeks. Some of these projects could come in the form of bioswales, which would soak the runoff into the ground before it reaches the creek, or stormwater retention ponds.

“It seems to me that we shouldn’t wait for a salmon die-off or for testing to reveal large concentrations of chemicals in runoff before we take actions to disconnect our paved infrastructure from our streams,” Ettlinger said.

The San Francisco Estuary Institute, a nonprofit research group, also tested nine Bay Area streams and storm drains with flows to San Francisco Bay. Four of the sites — Rodeo Creek in Contra Costa County, Elmhurst Creek near Oakland and two locations near Coyote Creek near San Jose — had concentrations of the chemical shown in laboratory experiments to be deadly to coho salmon.

“If it adopts this proposed regulation, California will be the first government in the world to act to protect fish from vehicle tire pollution,” said Kelly Moran, the institute’s senior scientist.

More information about the proposed regulations can be found at bit.ly/3GIzLIp.