Can Montreal support 2 pro basketball teams? It’s about to find out 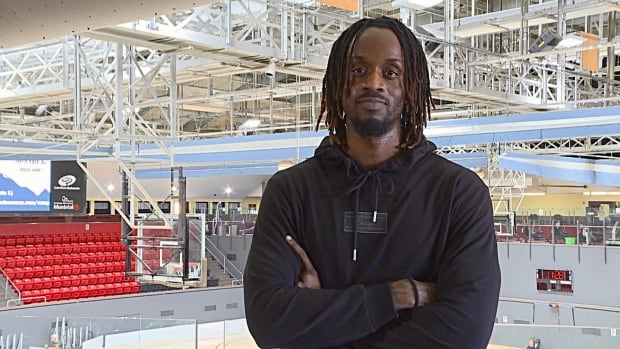 Amid the squeaking of shoes, the thump of basketballs on the hardwood and the satisfying swish of the net, there is a palpable buzz in the Pierre-Charbonneau Centre’s gymnasium in Montreal’s east end.

A handful of towering young men are training: making swift passes, shooting three-pointers and showing off their dunking skills, all in the hopes of earning a spot on the city’s newest professional basketball team — what will be its second in less than two years.

Yet to be launched or named, Montreal’s new team will kick off its 24-game season in March, playing American rivals in The Basketball League (TBL) — a minor league consisting of dozens of teams primarily across the United States.

For Narcisse Kalamba, a professional ball player and team prospect, getting to play in his hometown would be “a dream come true” — as would showing the U.S. that Montreal has game.

The new squad comes hot on the heels of the Montreal Alliance — the city’s first pro basketball team in almost a decade. It was founded in 2021 and played its first season this year in the Canadian Elite Basketball League (CEBL).

Thanks to that league, Alliance forward Elijah Isfeh, 25, already knows how it feels to represent his hometown on his basketball jersey. Now he’s vying for a second one with the TBL team. (The leagues’ schedules make it possible for a player to be part of both.)

“It’s something special,” he said. “I always wanted to have that Montreal on my chest.”

For Kalamba, a 27-year-old shooting guard who most recently played in the CEBL in Guelph, Ont., getting another team in Montreal “is totally beneficial to the city, to the fans [and] families.”

But not everyone agrees.

Moshe Lander, a professor of sports economics at Concordia University, is warning that bringing another pro basketball team to Montreal as a way to grow the sport might backfire.

“At the end of the day, you cannot have two teams in the same city competing for the same fan base. One of them is inevitably going to fail, and usually it’s going to be the broader league that’s associated with that team that’s going to fail as well,” said Lander.

Although the seasons for the two teams don’t overlap (Montreal’s TBL team will run March to June and the Alliance’s from June to August), Lander says the issue isn’t about scheduling among the fan base — it’s about their limited disposable income.

“You could be the hardest of hardcore basketball fans, but the fact is you only have so much disposable income to spread around,” he said. Splitting the fan base between the teams, he said, could be disastrous for both.

Another problem, Lander predicts, is with the newer team’s lack of a track record. With a year’s head start, its rival, the Alliance, had the best attendance in its league — averaging nearly 3,000 fans per game at the Verdun Auditorium — despite finishing in last place this year.

Lander said this likely won’t be the case for the new TBL team as they face off for home games at the Pierre-Charbonneau Centre — which seats more than 2,000.

If they don’t start producing wins quickly, they could quickly find themselves just priced out of the market by another loser.– Moshe Lander

“They might be forgiven a little bit for newness, but even there, they’re going to have a little bit of a hard time because they are not basketball new — they are merely team new,” he said.

“So there’s an element here where the fans are going to say, ‘we already support a loser,’ … and if they don’t start producing wins quickly, they could quickly find themselves just priced out of the market by another loser.”

Previous attempts to launch a pro basketball team in Montreal — the Montreal Matrix and the Montreal Jazz, to name a few — have failed. According to Lander, the Alliance still has a window to build a solid fan base.

As the architect of Montreal’s new TBL team, Canadian basketball icon and former assistant coach for the McGill University men’s basketball team Juan Mendez says he understands Lander’s concerns about his team, but he’s confident it will thrive.

“We’re trying to have as much basketball as possible and co-exist together at this point in time,” said the general manager, who played with the Canadian national basketball team and several professional teams overseas.

With basketball growing “at a rapid pace” and given that there are currently four players from Montreal in the NBA today, “I think it’s the right time for us to have this team here in Montreal,” Mendez said.

Launching the team into the TBL was four years in the making, with the pandemic slowing things down. The league will now have 46 teams in total, with Montreal joining Alma, Vancouver and Newfoundland as the only Canadian franchises.

Mendez said his team’s roster will be composed entirely of Quebec players as a way to give exposure to young athletes in the city who might otherwise never be discovered, as well as show fans that the team puts the community first.

“If we put out a product that we believe the fans will get behind, I think we’ll be successful,” said Mendez.

In order to connect with the community beyond basketball, 10 per cent of the team’s net profits will be donated to the CHU Sainte-Justine foundation, along with some free tickets for sick children and their families.

“We love giving back and that’s our initiative for this whole franchise. As much as we love basketball, community comes first,” said Mendez.

Mendez and his colleagues will unveil the name and logo of their team on Dec. 8. Open tryouts for local athletes will be held in mid-to-late January to fill up the team’s roster, which will be released in February.

Meanwhile, Lander is cautioning that another failed basketball team could leave a “black mark” on the city and says he’d also be careful about calling Montreal a “basketball city,” as it was declared in September.

And a collapse of either of the city’s two teams might suggest Montrealers like watching the sport “from the comfort of our couch.”

The $3.4-Million Koenigsegg Jesko Rakes In The 2022 Hypercar Award From The Motorheads At ‘Top Gear’

10 Warm Weather Destinations For Digital Nomads To Spend The Winter