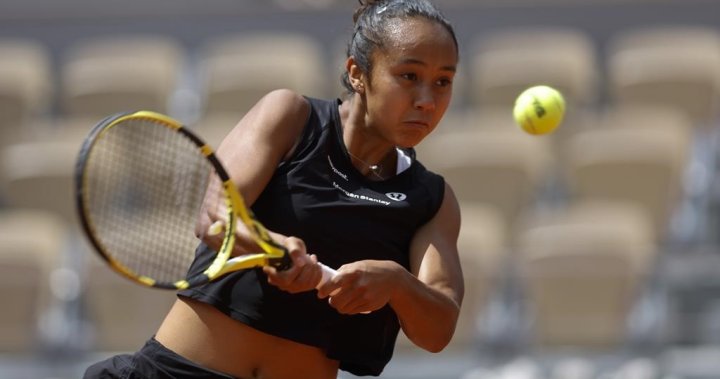 Canadian Leylah Fernandez was defeated by Martina Trevisan of Italy in the quarterfinals of the French Open.

The Italian had a chance to win in two sets against the 17th-seeded Canadian at Court Philippe Chatrier but Fernandez, hobbled by a foot injury, saved a match point and then won the tiebreaker.

Trevisan double-faulted twice in the tiebreaker but won the first seven points of the third set and broke twice en route to a 4-0 lead.

The 19-year-old Fernandez, who reached the U.S. Open final last September, received treatment on her right foot during the first set when she hit 15 unforced errors. She had the foot taped during a medical timeout after the fifth game, trailing 3-2.

All in the family: Team Fernandez no longer just a party of two

Fernandez entered the French Open as the 18th-ranked player in the world but was unable to get past the 59th-ranked Trevisan.

It’s the 10th straight win for Trevisan, who reached the French Open quarterfinals two years ago. She won her first tour title this month in Rabat, Morocco.

She will play the winner of the all-American quarterfinal between Sloane Stephens and Coco Gauff in the semifinals.

Fernandez, a Montreal native, was the only Canadian remaining in action at the French Open. The quarterfinal appearance was the most success she’s had at Roland Garros.

Her previous best was reaching the third round in 2020.

— with files from The Associated Press

Explore The Lavish Side Of Champagne With These Five Luxurious Experiences