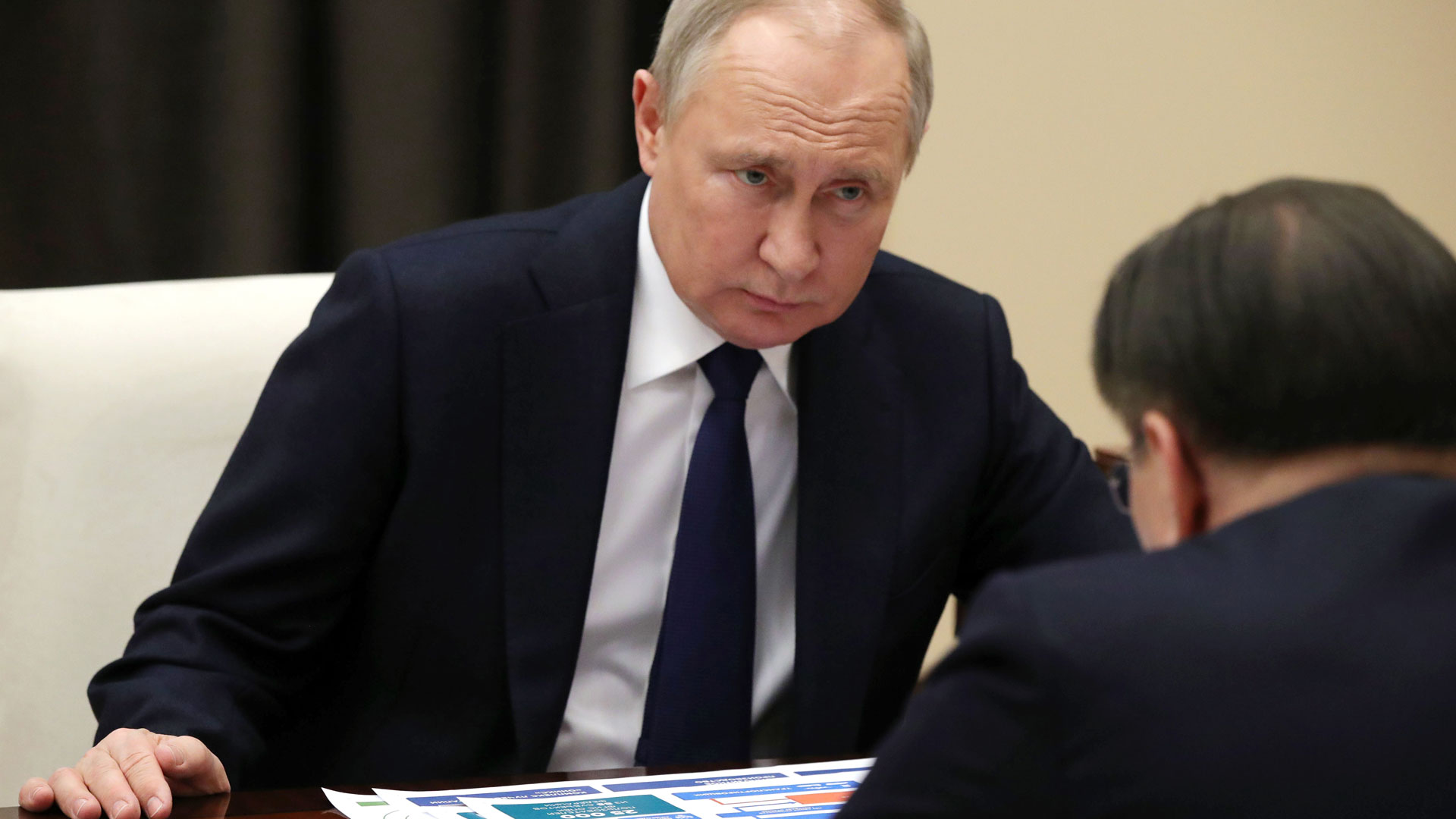 THE health condition of Vladimir Putin has worsened after he underwent surgery and was hidden with the pre-recorded footage, Kremlin insiders have claimed.

The claim comes amid growing rumours the Russian leader is battling cancer and recently had surgery and chemotherapy.

According to the opposition Telegram channel General SVR, which has regularly claimed inside knowledge of the Kremlin’s leader’s supposed health problems, medics insisted the operation was essential.

The channel, which is reportedly run by a Kremlin insider, claimed there was a problem in Putin’s post-surgical recovery on Friday night, when his condition worsened, before improving.

In its latest post, the General SVR channel said: “On the night of Monday, May 16 to Tuesday, May 17, Russian President Vladimir Putin underwent a surgical operation. 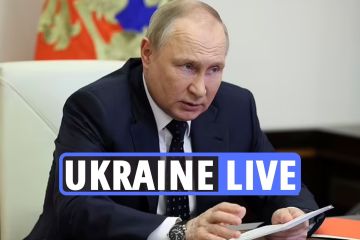 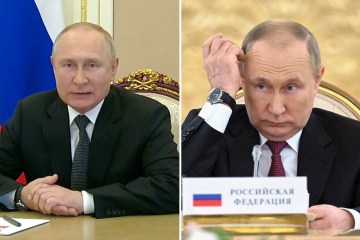 “The fact that Putin should be operated on as soon as possible was insisted upon by his attending physicians.

“According to the doctors involved in the treatment of the President, the operation was successful.”

The same source alleged that the Russian President’s recent TV appearances were staged to cover his week-long sickness absence.

The channel claimed Putin has been absent since last Tuesday, but Russian media used pre-recorded footage to make it appear he was holding meetings at the Kremlin.

And his trusted aide Nikolai Patrushev – a former FSB chief – is now in virtual control of the Kremlin, according to the General SVR Telegram channel which claims to have insider intelligence.

Patrushev is said to have taken the reigns of power and has received top-level briefings that would normally go direct to Putin.

The Kremlin has not commented on the alleged surgery but routinely insists Putin is in robust health, denying medical problems.

Putin was seen on Friday apparently chairing a meeting of his security council, the body overseeing the war in Ukraine.

But General SVR said “the president’s speech was recorded in advance, and Putin’s participation in video format was supported using Deepfake technology, as was the case the week before.

“In reality, on May 20, Putin was still too weak to take part in lengthy meetings and had two short video calls.

“On May 20, in the evening, Putin’s health deteriorated and stabilised only on the morning of Saturday, May 21.

“The attending physicians recommend that Putin rest in the coming days and urge him to refuse personal participation in meetings.”

It claimed that Putin’s close ally, Belarus dictator, Alexander Lukashenko is taking part in a smokescreen, evidently arriving in Russia on a trip that is scheduled to include a meeting with the Kremlin leader today.

Lukashenko who was seen in the Black Sea resort Sochi, is “one of the few people” who “knows the real state of affairs with Putin’s health”.

It was claimed earlier that Lukashenko meetings were intended to show Putin was fit when, in fact, he had health problems.

The Russian tyrant is widely reported to be suffering from cancer and Parkinson’s Disease while a top oligarch has claimed he is “very ill with blood cancer,”

An investigation by Russian independent journalists found that Putin was surrounded permanently by a large medical team led by a specialist thyroid cancer surgeon.

The General SVR channel previously said key figures believe Putin to be terminally ill and it has altered the dynamic in Russia.

His absence “since Tuesday” cannot be verified but the channel said his staff “show pre-recorded videos of his meetings”.

Face to face meetings with Rostech head Sergei Chemezov and Rosatom chief Alexey Likhachev were pictured on Wednesday and Thursday.

But the “canned” images were said to have been taken some time ago and were saved to keep up the impression Putin was active.

He also seemingly held video calls on Friday with the governor of Sverdlovsk region Evgeny Kuyvashev and the governor of Kaliningrad region Anton Alikhanov, which are now seen as having taken place earlier.

The Telegram channel added that only Patrushev, the secretary of the security council, is currently maintaining official communications with Putin.

It continues: “Putin is sick and has diseases that are incurable, such as oncology, which is at a stage that, today, cannot be cured, Parkinson’s disease and a schizoaffective disorder.”

The Russian leader “is certainly receiving the most advanced, most innovative treatment, and he has the ability to prolong his life, there is no doubt about it”.

The Russian leader’s bizarre appearance recently sparked rumours that footage of him had been edited while he undergoes treatment for cancer.

During a virtual meeting of Russia’s security council, Putin’s head appeared “bloated” with some suggesting it was actually photoshopped.

Back in March, a video posted on Reddit speculated that Mad Vlad has used a green screen to fake a TV meeting while in isolation after his hand was seen “going through a microphone”.

The new allegations come after US filmmaker Oliver Stone claimed Putin had suffered from cancer but “licked it” and recovered.

In a recent video, Putin seemed to retch and splutter as he gripped the table for support during talks with ally Sergey Chemezov.