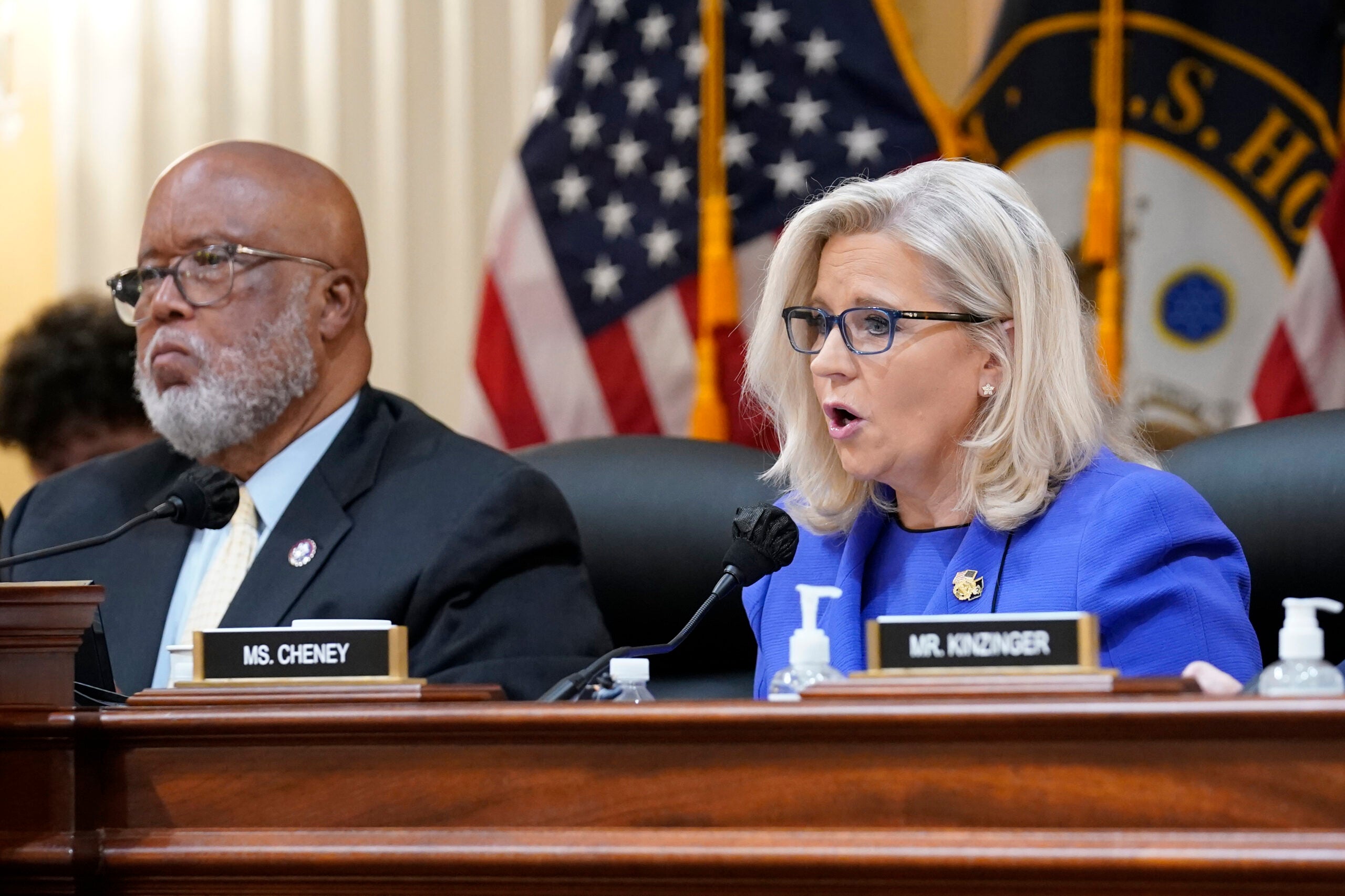 WASHINGTON (AP) — The chairman of the House committee investigating the Jan. 6 Capitol insurrection and Donald Trump’s effort to overturn the 2020 election opened Thursday’s prime-time hearing declaring the attack an “attempted coup” that put “two and half centuries of constitutional democracy at risk.”

Rep. Bennie Thompson, D-Miss., said “the world is watching” the U.S. response to the panel’s yearlong investigation into the Capitol riot and the defeated president’s extraordinary effort to stop Congress from certifying Joe Biden’s election victory. He called it a “brazen attempt” to overturn the election.

“Democracy remains in danger,” Thompson said. “We must confront the truth with candor, resolve and determination.”

The committee was presenting never-before-seen video and a mass of other evidence, aiming to show the “harrowing story” of the deadly violence that day and also a chilling backstory as Trump, the defeated president, tried to overturn Biden’s election victory.

In one clip, the panel played a quip from former Attorney General Bill Barr who testified that he told Trump the claims of a rigged election were “bull——.”

Thursday night’s hearing was providing eyewitness testimony from the first police officer pummeled in the mob riot and from a documentary filmmaker who tracked the extremist Proud Boys as they prepared to fight for Trump immediately after the election and then led the storming of the Capitol.

There was an audible gasp in the hearing room, when vice chair Liz Cheney, R-Wyo., read an account that said when Trump was told the Capitol mob was chanting for Vice President Mike Pence to be hanged, Trump responded that maybe they were right, that he “deserves it.”

Trump was angry that Pence did not refuse to accept the certification of Biden’s victory.

The 1/6 panel’s findings aim to show that America’s tradition of a peaceful transfer of presidential power came close to slipping away. They reconstruct how Trump refused to concede the 2020 election, spread false claims of voter fraud and orchestrated an unprecedented public and private campaign to overturn Biden’s victory.

Biden, in Los Angeles for the Summit of the Americas, said many viewers were “going to be seeing for the first time a lot of the detail that occurred.”

“I think it was a clear, flagrant violation of the Constitution,” he said.

Trump, unapologetic, dismissed the investigation anew — and even declared on social media that Jan. 6 “represented the greatest movement in the history of our country.”

The result of the coming weeks of public hearings may not change hearts or minds in politically polarized America. But the committee’s investigation with 1,000 interviews is intended to stand as a public record for history. A final report aims to provide an accounting of the most violent attack on the Capitol since the British set fire to it in 1814, and to ensure such an attack never happens again.

The riot left more than 100 police officers injured, many beaten and bloodied, as the crowd of pro-Trump rioters, some armed with pipes, bats and bear spray, charged into the Capitol. At least nine people who were there died during and after the rioting, including a woman who was shot and killed by police.

Emotions are still raw at the Capitol, and security will be tight for the hearings. Law enforcement officials are reporting a spike in violent threats against members of Congress.

Against this backdrop, the committee is speaking to a divided America, ahead of the fall midterm elections when voters decide which party controls Congress. Most TV networks were carrying the hearing live, but Fox News Channel was not.

Among those in the audience are several current and former police officers who fought the mob in a desperate battle to protect the Capitol and lawmakers who were trapped together in the House gallery during the siege have stayed close.

“We want to remind people, we were there, we saw what happened,” said Rep. Dean Phillips, D-Minn. ”We know how close we came to the first non-peaceful transition of power in this country.”

The committee chairman, civil rights leader Thompson opened the hearing with sweep of American history. saying he heard in those denying the stark reality of Jan. 6 his own experience growing up in a time and place “where people justified the action of slavery, the Ku Klux Klan and lynching.”

He and vice chair Rep. Liz Cheney, R-Wyo., the daughter of former Vice President Dick Cheney, outlined what the committee has learned about the events leading up to that brisk January day when Trump sent his supporters to Congress to “fight like hell” for his presidency as lawmakers undertook the typically routine job of certifying the previous November’s results.

One witness scheduled Thursday was documentary maker Nick Quested, who filmed the Proud Boys storming the Capitol — along with a pivotal meeting between the group’s then-chairman Henry “Enrique” Tarrio and another extremist group, the Oath Keepers, the night before in nearby parking garage.

Court documents show that members of the Proud Boys and Oath Keepers were discussing as early as November a need to fight to keep Trump in office. Leaders both groups and some members have since been indicted on rare sedition charges over the military-style attack.

Information from Trump’s daughter Ivanka Trump, who urged her father to call off the rioters, was likely to be shared from her private appearance before the committee.

In the weeks ahead, the panel is expected to detail Trump’s public campaign to “Stop the Steal” and the private pressure he put on the Justice Department to reverse his election loss — despite dozens of failed court cases and his own attorney general attesting there was no fraud on a scale that could have tipped the results in his favor.

The panel faced obstacles from its start. Republicans blocked the formation of an independent body that could have investigated the Jan. 6 assault the way the 9/11 Commission probed the 2001 terror attack.

Instead, House Speaker Nancy Pelosi ushered the creation of the 1/6 panel through Congress over the objections of Senate Republican leader Mitch McConnell. She rejected Republican-appointed lawmakers who had voted on Jan. 6 against certifying the election results, eventually naming seven Democrats and two Republicans.

House GOP Leader Kevin McCarthy, who has been caught up in the probe and has defied the committee’s subpoena for an interview, echoed Trump on Thursday. He called the panel a “scam” and labeled the investigation a political “smokescreen” for Democrats’ priorities.

The hearings are expected to introduce Americans to a cast of characters, some well known, others elusive, and to what they said and did as Trump and his allies tried to reverse the election outcome.

The public will learn about the actions of Mark Meadows, the president’s chief of staff, whose 2,000-plus text messages provided the committee with a snapshot of the real-time scramble to keep Trump in office. Of John Eastman, the conservative law professor who was the architect of the unsuccessful scheme to persuade Vice President Mike Pence to halt the certification on Jan. 6. Of the Justice Department officials who threatened to resign rather than go along with Trump’s proposals.

The Justice Department has arrested and charged more than 800 people for the violence that day, the biggest dragnet in its history.