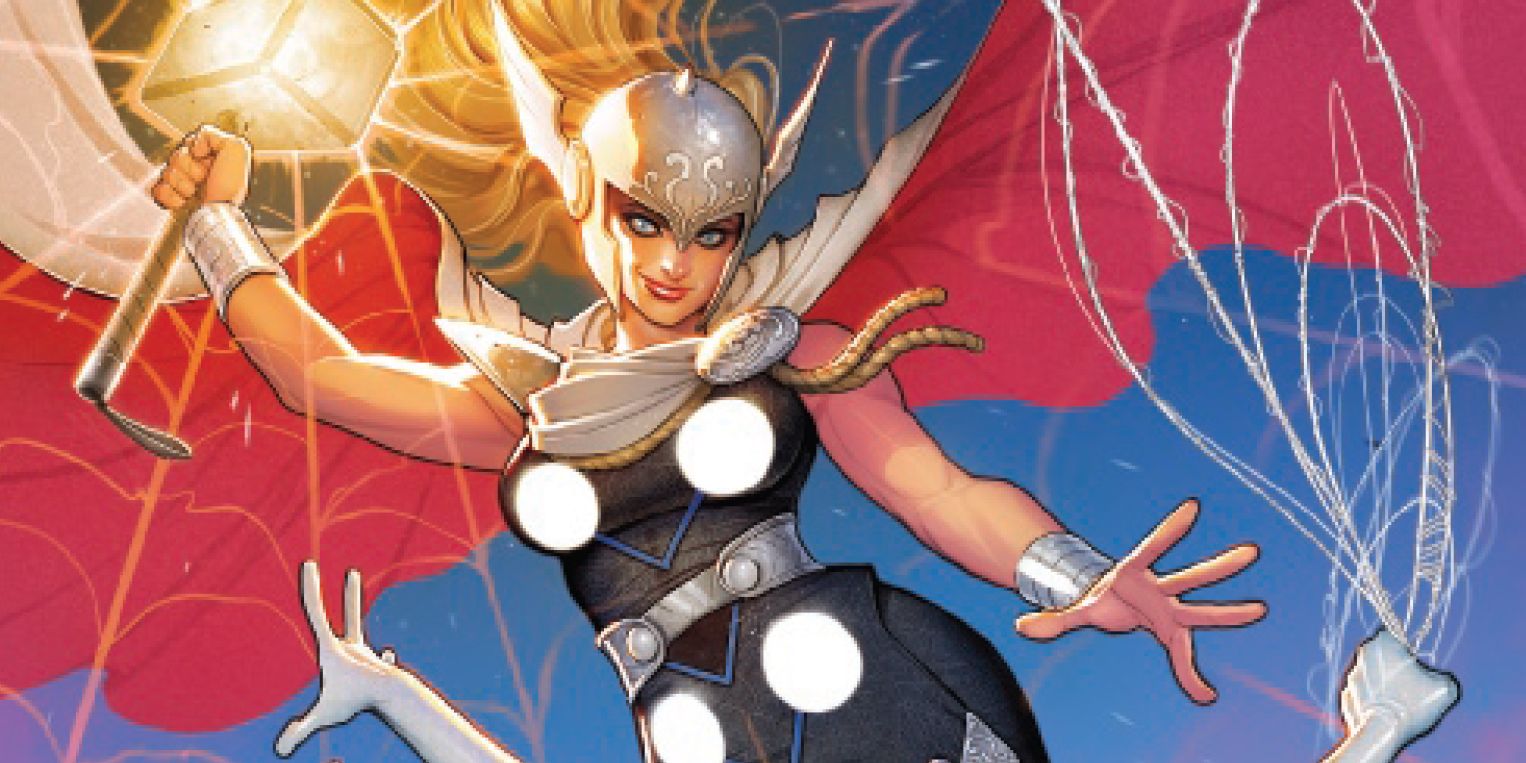 Spider-Gwen: Gwenverse continues to play with the canon of Marvel comics – and issue #3 involves the Gwens recreating a famous Marvel moment.

The new mini-series Spider-Gwen: Gwenverse (written by Tim Seeley with art by Jodi Nishijima) shows off Gwen Stacy / Spider-Gwen as she embarks on a unique game-changing multiversal journey, meeting a variety of alternate versions of herself along the way. As part of this ensemble, Spider-Gwen: Gwenverse #3 recreated this iconic and oft-discussed Marvel moment as Gwen Rogers’ incarnation of Captain America lifted Thorgwen’s hammer.

In the Gwenverse series, Spider-Gwen encounters various variants of herself from across the multiverse with the aid of the ever-important Spider-Zero. Spider-Gwen Gwenverse #1 introduced Thorgwen, an egotistical variant of Gwen Stacy imbued with all the powers one would expect from the God of Thunder. In their first encounter, Spider-Gwen and Thorgwen found themselves locked in conflict, during which Spider-Gwen was able to take the hammer from her Thor counterpart effortlessly. Similarly, when the God of Thunder got knocked out during a fight in issue #3, Gwen’s Captain America was able to lift the hammer and battle in her place.

Related: The Fate of Gwen Stacy’s Clone Was As Tragic As the Original Gwen’s

While the mechanics behind lifting Thor’s hammer has significantly changed over the years, 1978’s Avengers Annual #8 (written by Roger Slifer with art by George Perez, Pablo Marcos, and Ricardo Villamonte) introduced the modern conception of Thor’s hammer. In this issue, a possessed version of Thor is rendered unable to lift the hammer as only the “worthy,” those of high moral character and virtuous personality, can raise the hammer and receive the powers of Thor.

This began a general trend of debates about “worthiness” and what characters would hypothetically be able or unable to lift the hammer of Thor. These debates rage online and are frequently confirmed – though scarcely disconfirmed – by the comic books and their associated media. As one of the most-discussed examples, Captain America has wielded the hammer several times in the comics continuity and during the climax of the film Avengers Endgame.

Related: Marvel’s Other Thor Proves Why Being a Valkyrie Is So Much Better

As we have it thus far, Gwen-Verse tells two different stories at once. On the one hand, it is a Gwen Stacy character study, exploring the various traits that make Gwen the person she is and letting manifestation of her divergent personality traits interact with one another. On the other hand, it is also a parody of sorts of Marvel comics, depicting a playful romp through the multiverse featuring bizarre and unique variations of Marvel heroes and villains. The scenes of other characters being able to lift Thorgwen’s hammer – treating an oft-debated subject so casually – enhance the parody and helps further the book’s tone as a comedic take on Marvel continuity.

As the Gwen-Verse continues to expand, it will be interesting to see what other Marvel stories they adapt, parody, and subvert. Readers will have to wait and see what other heroes join the fray and if anyone else proves themselves worthy of Thorgwen’s hammer as the Gwens encounter Captain Marvel in the next issue.

gst: Threshold for criminal offences under GST law may be…

NASA is about to crash a spacecraft into an asteroid