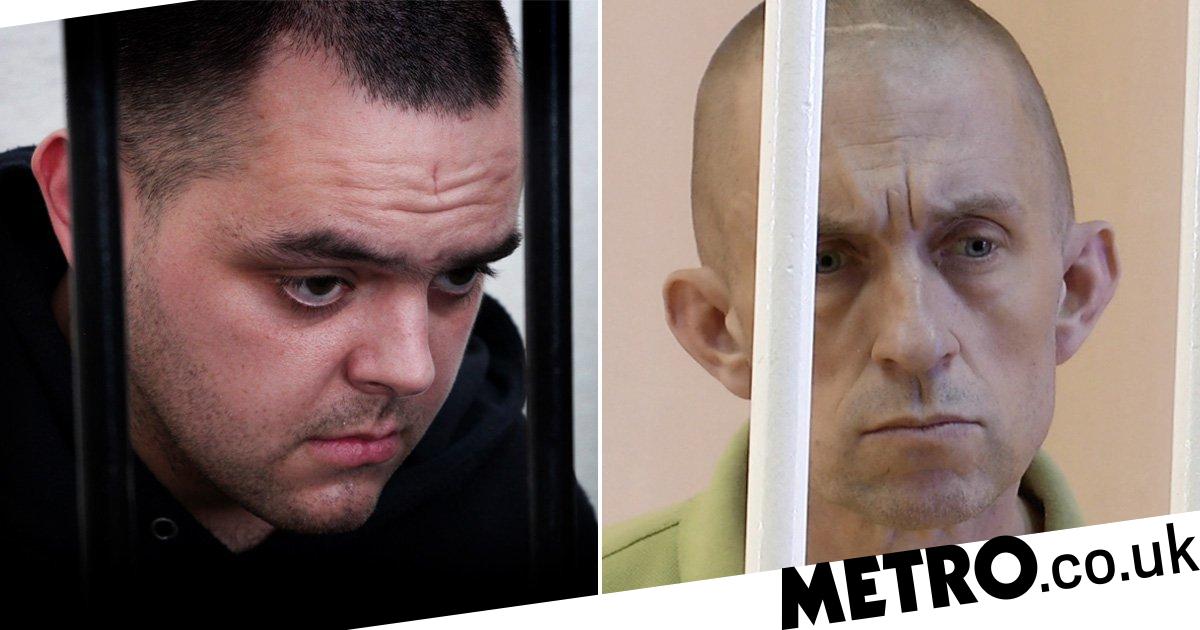 Two Brits facing execution after they were captured fighting for Ukraine against Russia are to appeal their death sentence.

Aiden Aslin, 28, and Shaun Pinner, 48, will try to overturn their convictions at a Donetsk court, lawyers said.

‘If the appeal is dismissed, a request  for clemency will be filed as this is an inherent right of the defendants,’ Mr Pinner’s lawyer Yulia Tserkovnikova said.

The pair – and Moroccan Brahim Saadoun – were convicted of ‘mercenary activities and committing actions aimed at seizing power and overthrowing the constitutional order’ in the breakaway Donetsk People’s Republic (DPR), earlier this month.

They deny the charges.

Mr Aslin, originally from Nottingham, has told his family in a phone call that his captors say ‘time is running out’.

His loved ones have been working with both the Foreign Office and Ukrainian government to desperately try to get him home.

Pamela Hall, Mr Aslin’s grandmother, told the BBC: ‘There are no words, just no words, it’s got to be everyone’s worst nightmare to have a member of your family threatened in this way’.

‘Aiden was extremely upset when he called his mother this morning. The bottom line is Aiden has said the DPR has told him nobody from the UK has made contact, and that he will be executed.

‘I have to believe what Aiden has said to us, that if the DPR don’t get some response then they will execute him. Obviously I hope that isn’t true.’

Mr Aslin and Mr Pinner had been sentenced with the death penalty in a sham court.

The pair were in the dock alongside a Moroccan man, Saaudun Brahim, in the supreme court of the self-declared People’s Republic of Donetsk.

The court, which was set up by Moscow-backed militants who seized the territory in 2014, is not recognised internationally.

In a statement released earlier this month, Mr Aslin’s family described him as a ‘much-loved man and very much missed’.

They said: ‘This is a very sensitive and emotional time for our family, and we would like to say thank you to all that have supported us.

‘We are currently working with the Ukrainian government and the Foreign Office to try and bring Aiden home.

‘Aiden is a much-loved man and very much missed, and we hope that he will be released very soon.’

The Foreign Office has condemned the exploitation of prisoners of war for political purposes.

Its ability to provide consular services in Ukraine is still severely limited due to the conflict.

10 Characters To Inspire Your Next D&D Rogue

Western Bulldogs thrash Hawthorn Hawks and storm into the eight

Best Amazon Cyber Monday deals you can still get: Apple,…

Conor McGregor urged to face Chandler in UFC return as…