Cara Delevingne and Margot Robbie soak up the sun in Formentera 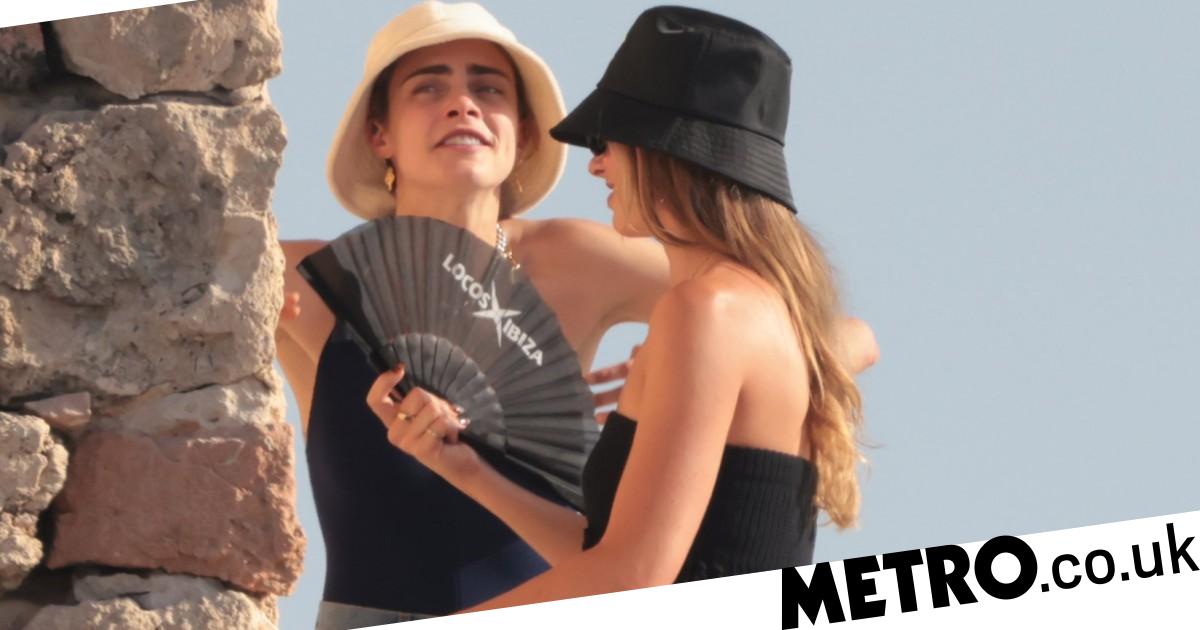 Cara Delevingne and Margot Robbie have been topping up their tans while holidaying with friends in Formentera.

Model Cara recently celebrated her 30th birthday in style, by living it up on a yacht under the Spanish sun, surrounded by A-list pals.

She was joined by the likes of Sienna Miller, 40, while Barbie actress Margot, 32, also joined them for a vitamin D boost.

New pictures show the stars back on dry land and exploring their surroundings, making time for plenty of laughing and mucking around.

Only Murders In The Building star Cara looked super chilled in a pair of denim shorts and a navy swimsuit, wearing a beige bucket hat for extra protection from those beaming rays.

She later threw on a striped shirt to shield her shoulders from a breeze, also wearing a chunky silver chain necklace.

The expressive actress appeared rather animated as she engaged in conversation with her Suicide Squad pal, with Margot nailing holiday chic in a black maxi skirt and crop top.

Margot accessorised with a black Channel hat and was seen fanning herself to keep cool.

Also part of the gang was Cara’s older sister Poppy Delevingne, 36, and her husband James Cook.

The group of friends could be seen making their way down a staircase to the water’s edge to board a boat, perhaps to venture further out for another yachta party.

Australian star Margot will have surely been enjoying the break after working hard over recent months on Greta Gerwig’s highly anticipated Barbie flick.

Meanwhile, Cara has been bumping up her acting credits as well after playing Selena Gomez’s love interest in her Hulu series.

During the episode Framed in season 2, the British icon (who played Alice Banks) shared a sweet kiss with the Rare Beauty founder (who plays Mabel Mora).

While the moment was warmly received by plenty of viewers of the mystery series, not everyone was so convinced, with some branding the smooch ‘awkward’.

sena: Shiv Sena not an object lying in open that can be picked by anyone, says Uddhav in barb at CM Shinde