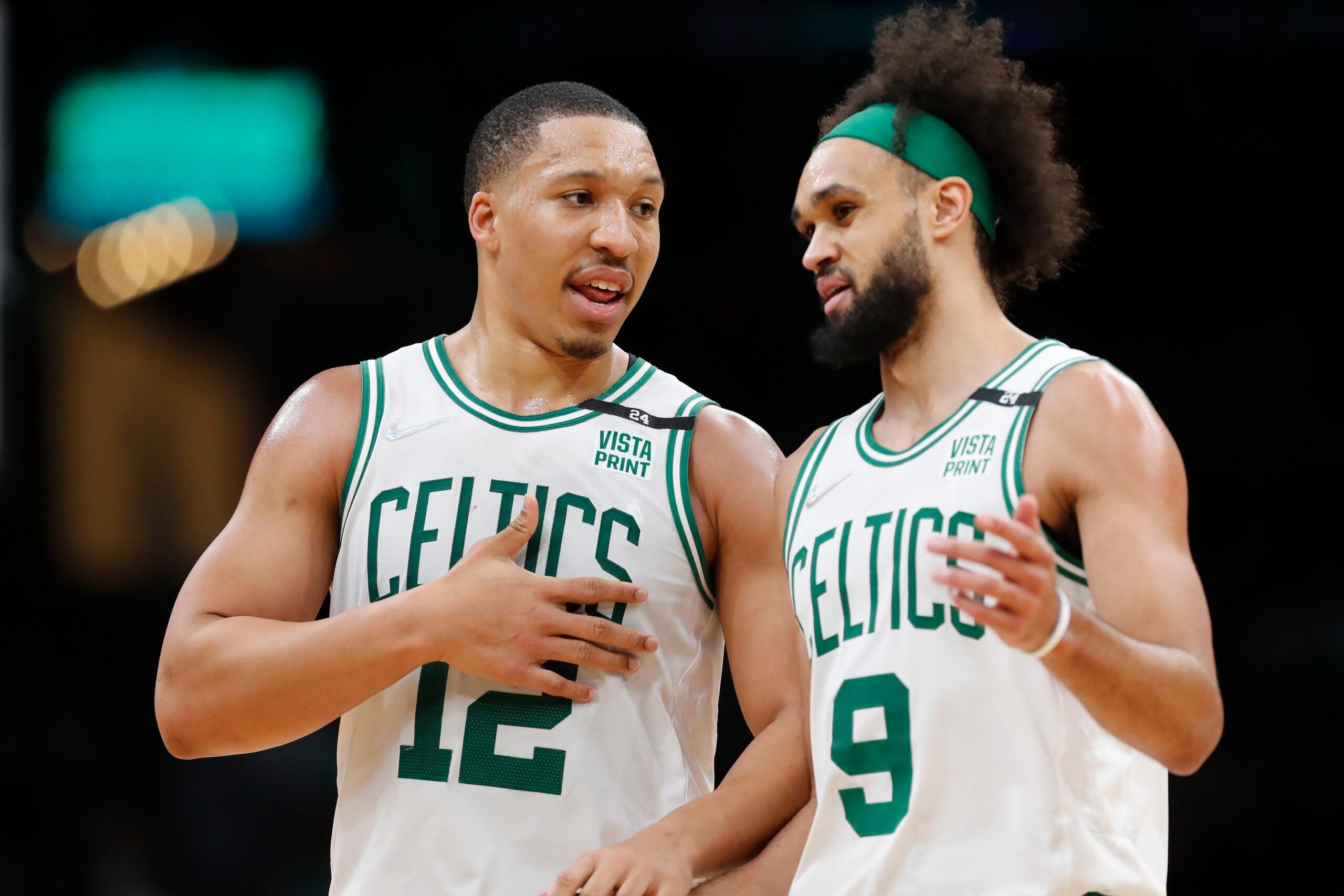 Following Game 1, it looked like the Celtics’ bench was ready to play in the NBA Finals. Derrick White scored 21 points and Payton Pritchard added eight as they helped the Celtics complete a comeback victory.

However, as the series went along, Boston’s bench made very little impact. That was certainly clear in the Warriors’ series-ending win in Game 6, in which the Celtics’ bench scored just five points and was part of the reason why Boston was on the wrong end of a 21-0 run in the first half.

White, who became the Celtics’ de facto sixth man when they traded for him from the Spurs in February, shot 1-of-6 and scored just two points. Following his 6-of-11 shooting performance in Game 1 (where he also made 5-of-8 3-pointers), White shot just 12-of-44 (27.3 percent) in the final five games of the series.

With the offseason here, White wants to improve his shot to get rid of the “variability” it had in the NBA Finals.

“The first thing is I’m going to be in the gym, working on shooting, getting stronger, and all the little things that will make a difference between winning and losing,” White told reporters Friday. “Just having your mind and body ready to go from training camp, and understand that we have that final hurdle to clear and it ain’t going to be guaranteed. So we have to have the right mindset this whole offseason.”

Williams was the second-most frequently used reserve player on the Celtics down the stretch. But like White, he didn’t make much of an impact offensively during the Finals. Williams scored 4.2 points per game, down from his 7.8 average during the regular season.

Most of Williams’s most memorable moments during the Finals were his back-and-forths with Warriors star Draymond Green. At the end of the series though, Williams and Green shared an embrace, with Green giving the 23-year-old a special message.

“Draymond’s like, the guy I always idolized growing up,” Williams said. “He’s the ultimate competitor. It was one of those things, showing the respect that is deserved. As much trash talk, or as much as we go at it, at the end of the day we leave it on the court.

“It was a little bit of congratulations on my end, and him just instilling that word of wisdom for the future. And you always have to respect a man like that. He’s a phenomenal guy, and for us, he basically just said, ‘You’ll be back, and when you get back don’t allow the opportunity to slip again.’”

Despite his relatively lackluster performance in the Finals, Williams made great strides as a player in Year 3. He shot 41.1 percent from 3-point range, a huge jump from the 25 percent he shot as a rookie when he failed to make the first 25 3-pointers of his career. Williams also improved as a defender, getting tasked with guarding Giannis Antetokounmpo in single coverage, and having success at times, in the Celtics’ second-round series against the Bucks.

Williams wants to continue to improve on both ends of the ball, sharing that he’s “approaching” this offseason looking to be an overall impact player.

Pritchard had a rough start of the season, struggling to find consistent minutes as Dennis Schroder and Josh Richardson took most of the reserve guard minutes. But both players were moved at the deadline, which allowed Pritchard to move into Ime Udoka’s regular rotation. Pritchard had good things to say about the Celtics’ first-year coach on Friday.

“It was obviously difficult for me at first, especially because I wasn’t playing,” Pritchard said. “But I think Ime did a great job this year. Just came in, and I think a lot of people, we had doubters right away. Obviously, we didn’t start the season like we wanted to, but everybody bought in and we made a run at the end.”

Pritchard made the most of his minutes in the homestretch of the regular season, scoring 9.6 points per game on 47.3 percent 3-point shooting to help the Celtics go 17-5 following the All-Star break. He also had a couple of strong performances in the playoffs, including scoring 14 points in Game 7 against the Bucks.

Pritchard’s hoping that the momentum from the end of the season can carry over into next season.

“My first goal is finding consistent minutes every night and where I can gain the trust where I can be out there 20 minutes per night, instead of it fluctuating,” Pritchard said. “…Earn that right…be trusted to do that game in and game out and deliver…shots will fall.”

“We kind of set the tone for the future and for years to come. We set an expectation now, and we’re just going to build from that,” Pritchard added.

One Celtics role player who had trouble finding consistent playing time this season was guard Aaron Nesmith. Udoka choose not to play Nesmith in 16 games during the regular season and in many of the games he did play, he only played when the score was lopsided. Billed as a knock-down shooter when the Celtics selected him 14th overall in the 2020 draft, Nesmith shot 39.6 percent from the field and 27 percent from behind the arc in his second season.

Nesmith knows he has to get better if he wants to find minutes in Udoka’s rotation next season.

Nesmith isn’t sure if he’ll play in the Summer League in July but he plans on remaining in Boston this summer to work on his game with the Celtics’ coaching staff. He’s looking forward though to the break he’s about to have before getting back into the swing of things.

“I kind of just need to take a mental break and take a step away, to get back to doing what I do at a high level,” Nesmith said. “I think a lot of it’s not physical, it’s mental. So that’s why being able to take a break from basketball for 10 days or two weeks before getting back into it should be beneficial for me heading into next season.

“I’m still very confident in my shot. I’m a phenomenal shooter. I know that, the team knows that, the coaching staff knows. In practice, it’s there, but soon as the game starts, it’s just pressing & putting more pressure on each shot I take because I haven’t been making them.”

In college, Nesmith shot 41 percent from 3, and as a rookie, he made 37 percent of his 3-pointers. Whether Nesmith finds his shot again remains to be seen, but after how the Celtics shot in their biggest games of the season, he could certainly crack the rotation again if he does.

Growling lion tells off his playful cub for disturbing his sleep