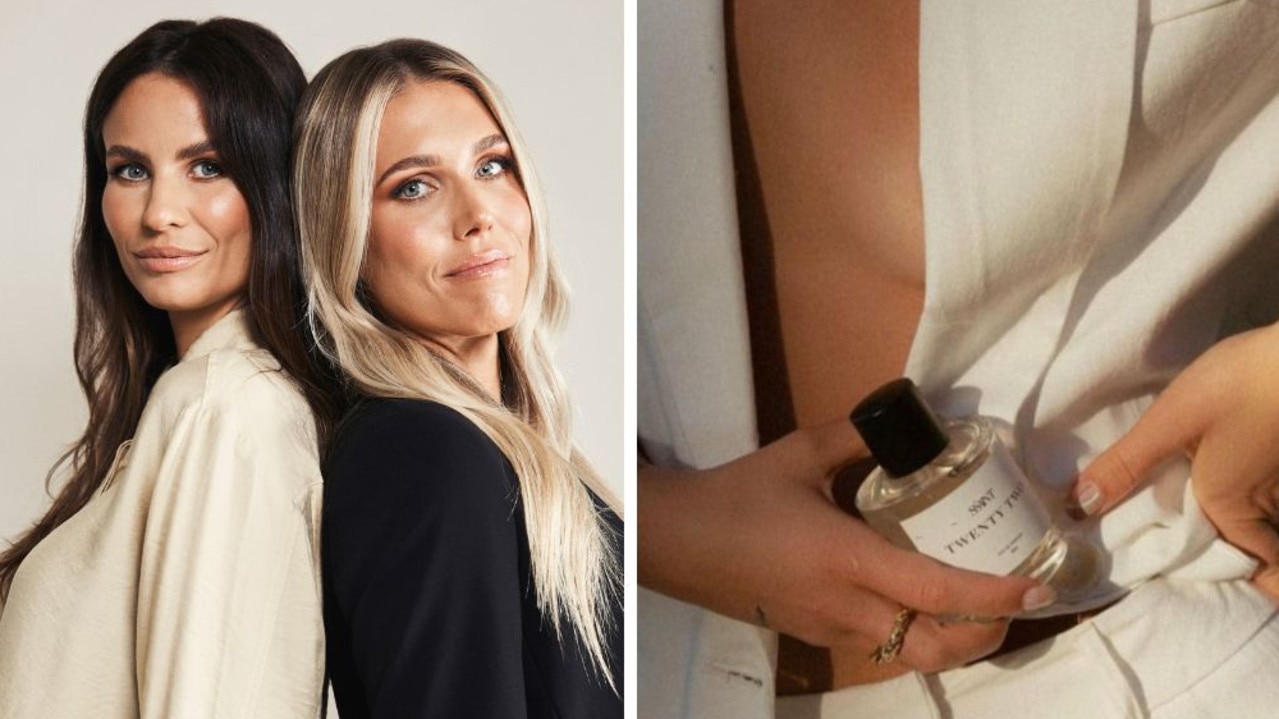 Central Coast besties and former cabin crew staff have landed a deal with a major retailer less than a year after launching their “sexy” product.

Two former flight attendants have landed a massive deal with a leading retailer in Australia after creating a luxury item that sells for a fraction of the price as other leading brands.

Central Coast women Ciara Mahoney and Elle Wallace launched SŚAINT, a clean fragrance brand in May 2021, after noticing there weren’t any Australian-made perfumes with affordable price-tags on the market.

The best friends, aged 32 and 33, grew up together after meeting at primary school and are both massive fragrance fans.

However, after feeling frustrated by the fact other locally produced scents cost upwards of $400, they launched SŚAINT from Elle’s garage while they were stood down from work – and have been blown away by customer response.

In under a year the brand has grown beyond their expectations, most recently landing a deal to have its four signature fragrances – which retail for $159 for a 100ml bottle – stocked in Australian Sephora stores.

“We were apprehensive about starting a business during this midst of Covid, however, it seemed people still liked to smell great during lockdown,” Ciara told news.com.au.

“We launched out of Elle’s garage but we grew out of that space in three months and moved into a large industrial warehouse with six staff members.

“We have continued to grow monthly and absolutely didn’t expect to have a team in a warehouse in such a short space of time.”

As well as being more affordable, saving as much as $241 against other competitors, Ciara and Elle pride themselves of their attention to detail.

Each bottle is “lovingly crafted” by them in their warehouse, starting with the inspiration behind the scents down to the hand-placed labels.

“We went through rounds and rounds of sampling and iterations to perfect each scent,” Elle said.

The results were four fragrances inspired from places they have travelled to together, including the aromas of traditional Asian markets, fragrant teas and spices from Middle Eastern souks and native ingredients from the Australian outback.

“Smokeshow is without a doubt our most popular fragrance,” Elle said.

“It’s unisex, trans-seasonal and can be worn both day and night. It definitely leaves a lasting impression and the type of fragrance people will ask, ‘What are you wearing?’”

While SŚAINT is still in its infancy as a business, it is already stocked at multiple outlets, including The Iconic and A-Beauty as well as its newest home at Sephora Australia.

The former flight attendants have no plans to return to the air, explaining they love being “hands-on” with their own venture.

“Working on all elements of the business every day makes us feel happy and fulfilled,” Ciara said.

“It allows us to do something that we enjoy and has been incredibly rewarding.

“We have been faced with new business challenges that have enabled us to grow and develop mentally, spiritually and professionally.”

The besties added sustainability is a core business value for SŚAINT and the brand has already been involved in giving back to the community, raising money for a number of charities.

“It’s important for us to make conscious decisions to lessen our environmental impact,” Ciara said.

Customers have been vocal in sharing their love for the products, with some sharing glowing reviews on social media.

“My favourite perfume ever … I always getting compliments on how nice I smell when I wear,” one user wrote on Instagram.

Others described the scents as “seriously sexy” and “incredibly long-lasting”.

The positive feedback is welcomed by Ciara and Elle – with the pair stating it brings them a lot of joy to know their creations are so loved.

“We really believe in our product and its offering to our customers. This has been a key element in the brand’s success to date,” Elle said.

“We’re over the moon that people enjoy wearing our fragrances as much as we do.”

Ocean spray may have created conditions for life to form on…

Japan has reopened its borders: Here we reveal the…